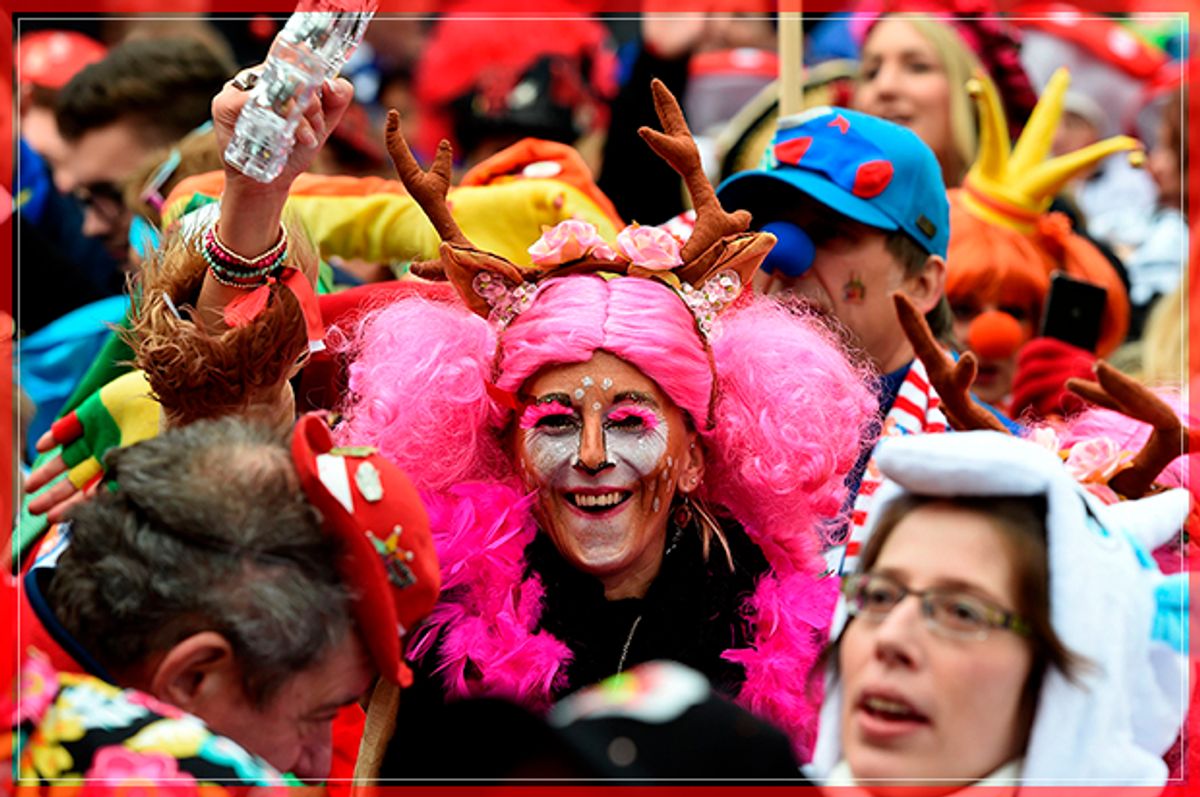 To everyone feeling down and out, and worried and scared and depressed, know this: There will come a time when you'll want to dance. There'll come a time where you'll laugh. It may be sooner. It may be later. But I can't promise that you'll paint your face.
–Jeremy Binckles, cover editor Donald Trump ran on a platform of racism, xenophobia, and sexism. Children should never be in an environment that harbors such ideas, yet their parents and grandparents have voted to normalize it at the highest levels. I worry for the future of America when these youth come of age under a President Trump. My only hope is that the vulnerable children who are still forming their views about the world while being surrounded by toxic ideas will turn towards each other for healing and not away from one another.

Krasnoyarsk, Russia   Ilya Naymushin/Reuters
Felix the polar bear paws at a watermelon with Donald Trump carved in the rind An elite member of the Russian Intelligence Service? I bet if that dog had opposable thumbs he'd be holding a "Dump Trump" sign too.