Time and location are still TBD, but the Loyal Knights of the KKK are fixin' to party 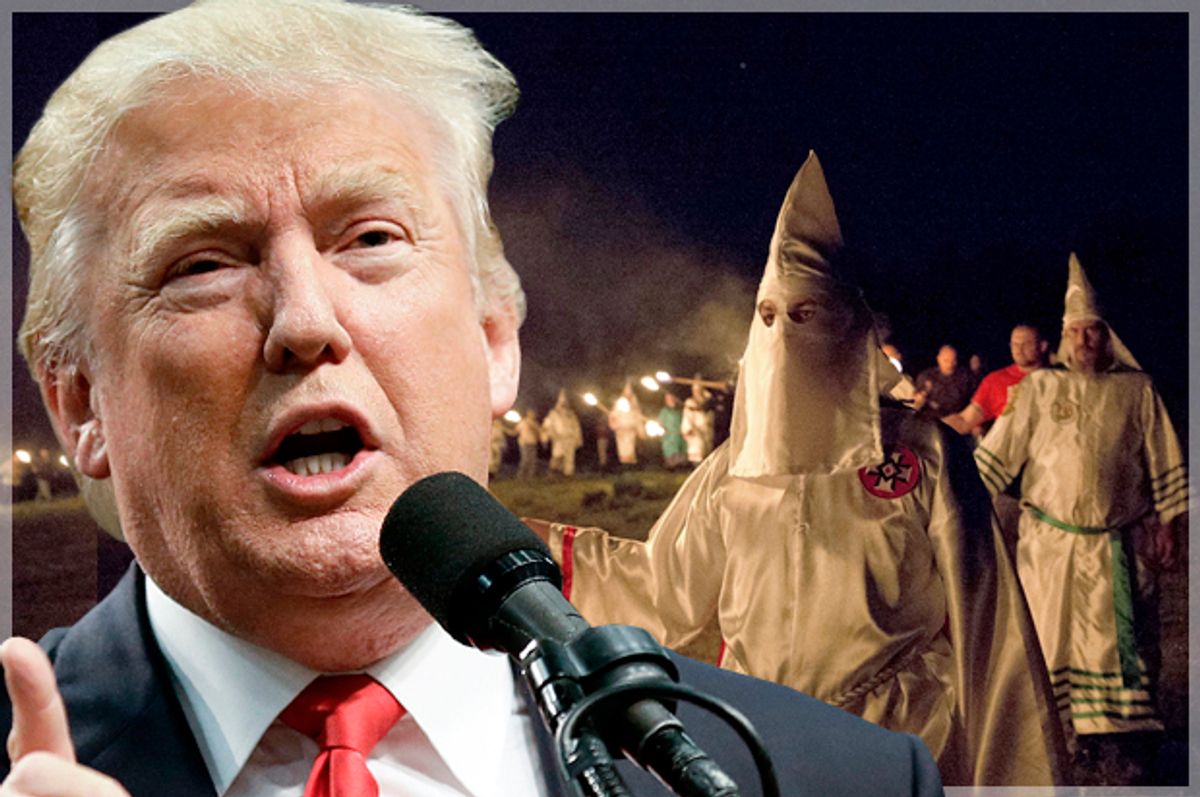 To celebrate the election of Donald Trump as our next president, the Loyal Knights of the Ku Klux Klan are planning a "victory parade" for December 3 in North Carolina, according to the hate group's website. A declaration, "TRUMP = TRUMP'S RACE UNITED MY PEOPLE," accompanies the announcement.

The Loyal Knights' national office is located in Pelham, North Carolina, along the Virginia border. As of this writing, the group hasn't replied to requests for more information regarding the time and location of the "VICTORY KLAVALKADE KLAN PARADE."

Despite losing badly his Senate race in Louisiana on Tuesday, former KKK Imperial Wizard David Duke was one of the happiest people on the planet when Trump became President-elect early Wednesday morning.

"The White race is back, baby," Site admin Andrew Anglin responded to a video of white middle schoolers in Michigan, chanting "Build the Wall" — Trump's anti-immigration slogan — during lunchtime. Josie Ramon, a Mexican-American seventh grader at Royal Oak Middle School, told Detroit News that she had tears running down her face as she shot the video.

"The thing about your tears is this: most Americans are so absolutely fed-up with being emotionally manipulated by exploitative brown people," Anglin responded, "that they not only don’t care when they hear about you crying, but actually smile or laugh at it."