The early days of Pixar: "The company was almost on life support"

Salon speaks to the author of a new book about the celebrated animation studio, Steve Jobs and Buddhist meditation 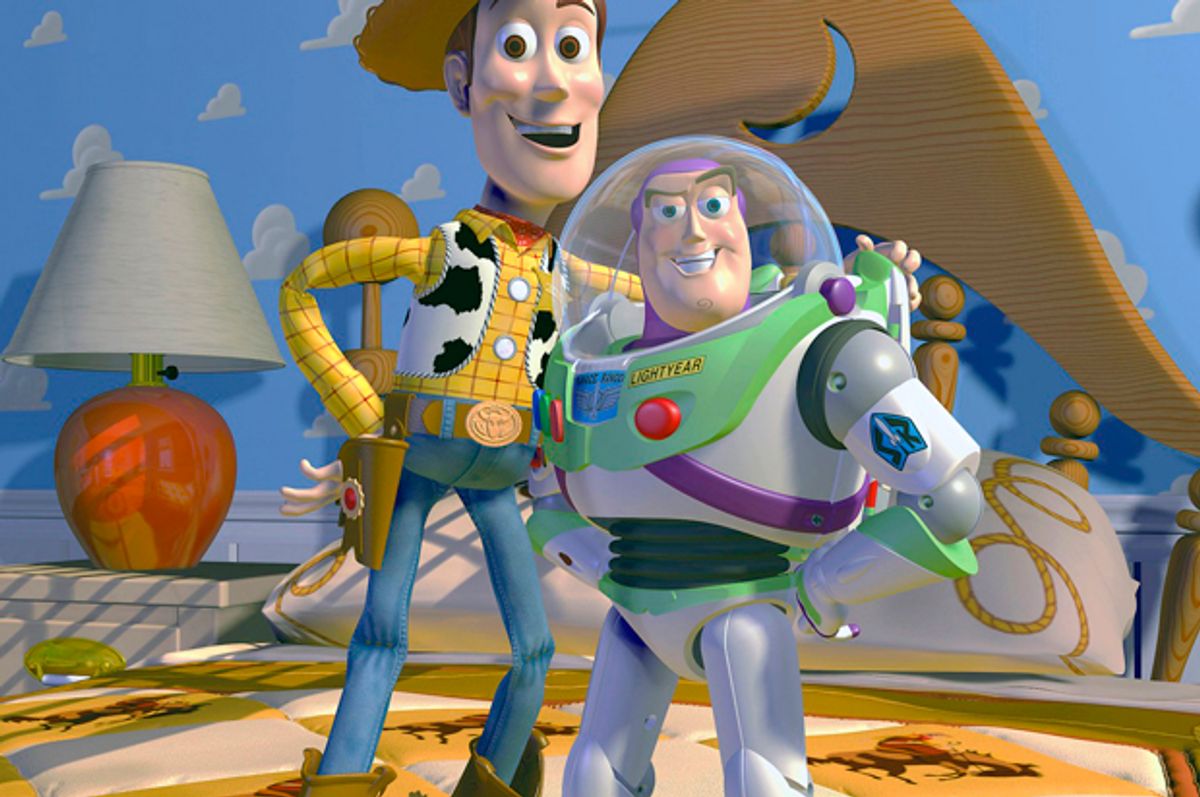 In 1994 before we all carried iPhones, the phone on Lawrence Levy’s desk rang. Steve Jobs was calling the Silicon Valley executive, whom he had never met or spoken to, to discuss an ailing graphics company Jobs owned known as Pixar. After a meeting, Levy joined the company as its chief financial officer and steered its business side through the release of “Toy Story,” “Finding Nemo,” and at the end of his time there, “The Incredibles.”

After stepping down, Levy followed an existing interest in Buddhism to study Eastern philosophy more deeply and to co-found the Bay Area-based Juniper Foundation, which promotes meditation. Levy tells the whole story in a new book, “To Pixar and Beyond: My Unlikely Journey With Steve Jobs to Make Entertainment History.”

Salon spoke to Levy who was in New York City, where he was promoting his book. The interview has been lightly edited for clarity.

Pixar is so celebrated by now that a lot of us think of it as this pure, unceasing success story. But when you took over in 1994 it was kind of a mess, right?

Yes, as I write in the book, people think of Pixar as this storytelling utopia, producing all of these amazing films. And in some ways it’s true. But to create that — there were many different forces and tensions, and this is that story. There were a lot of different challenges when I joined the company, a lot of things that had to be thought through and developed to create the company we know and love today.

I think the company's finances were in trouble when you took over. And “Toy Story,” which is now a kind of modern classic, was the subject of a lot of concern before it was launched.

Right on both of those fronts. On the finance side, the company was almost on life support. Steve Jobs was paying the shortfall in payroll from his personal checkbook. He had invested close to $50 million into the company, with very little to show for it. So the finances were very dire.

And of course they were making “Toy Story,” but there were so many unknowns. it was a completely new media for storytelling, and nobody knew what the public appetite would be for 90 minutes of this new thing called computer animation.

You worked with Steve Jobs for a long time and considered him a friend as well. He has a complex reputation as a brilliant guy but also a difficult and controlling guy. How did he seem to you? Was he tough to get along with?

It was one of my inspirations for writing the book. So much came out about Steve after he died and it kind of missed this story.

Did you feel the need, after the movies and books, to set the record straight, to give a fuller sense of what he was like?

I didn’t feel the need to set the record straight exactly, but I started feeling that [everyone thought it was] “He started Apple, he left Apple and then he went back to Apple!” Wait a minute, there’s a story in between that was really important — both in terms of Pixar and in terms of Steve. And I kind of thought I was the only person who could really tell that story.

Did you often experience him [as] being domineering, the way he came across in the Danny Boyle film?

No, that wasn’t my experience of it. He was passionate, and he was intense. He had well-formed views on things and he held to those. But he wasn’t closed off, at least not in my relationship with him. It was about a coming together and ironing out. Other people had other experiences. But that was my experience of it.

Are there lessons for other companies — especially creative businesses — to take from your experience with Pixar?

Yes, I think there are. Great work of any kind involves creative breakthroughs that are the product of tensions that work against each other — and that requires passion and the drive for creative excellence, the drive to do something great. And then there’s another part of that — you need to yield to collaborative voices. It’s very rare that one person can make something brilliant on their own.

These two forces push against each other, because that passionate drive is often full of ego and hubris. Pixar really honed that tension, very [well.] I think other efforts could learn from them.

You still, I think, pay some attention to moviemaking in Hollywood, which these days is dominated by comic-book movies, sequels and reboots. How healthy, creatively and financially, does it seem these days? One thing that’s changed since you were in the game is the huge growth of international markets, especially China.

That’s true. These thing come in cycles, and we’re in a cycle just as you described that Hollywood is making a lot of money with comic-book franchises. But who knows how long that will last. There will be another cycle of innovation and imagination. I think there always be a place for a Pixar-type studio — it doesn’t have to be animation — that’s pushing forward and creating great original content.

Near the end of your book you talk about your transition to Buddhism and to launching the Juniper Foundation. Tell us a little about your decision to walk away from the business world and a very lucrative company.

Well, I had a good run and loved the work I did at Pixar and my previous company, and I was a lawyer before that. But I felt and observed that there’s a certain one-dimensionality to corporate life. It’s focused on short-term success and acquisition at all costs. That focus, of course, produces great results; it produces great products, a lot of prosperity. It comes at a price. There are hidden costs to it that take a toll on our inner wellness. It produces a lot of stress; it can be hard to feel good about ourselves in that kind of environment, with that kind of intensity.

So I wanted to explore what it would be like to round out that one dimension with another dimension of life, where we pay attention to other dimensions of life. I’d long been interested in meditation and Eastern philosophy and wanted to go and explore that more deeply. I thought they had a lot to offer contemporary life. And I thought it was worth really committing myself to that.

We can only speculate, but do you expect that if Steve Jobs had lived longer that he might have followed you or found his own way in?

He might have! He was appreciative of and understanding those ideas, and he respected those ideas. He’d been influenced by those ideas over the course of his life. We never know what would have happened in the long run. Who knows?