Being sexually harassed on the internet has reached another level 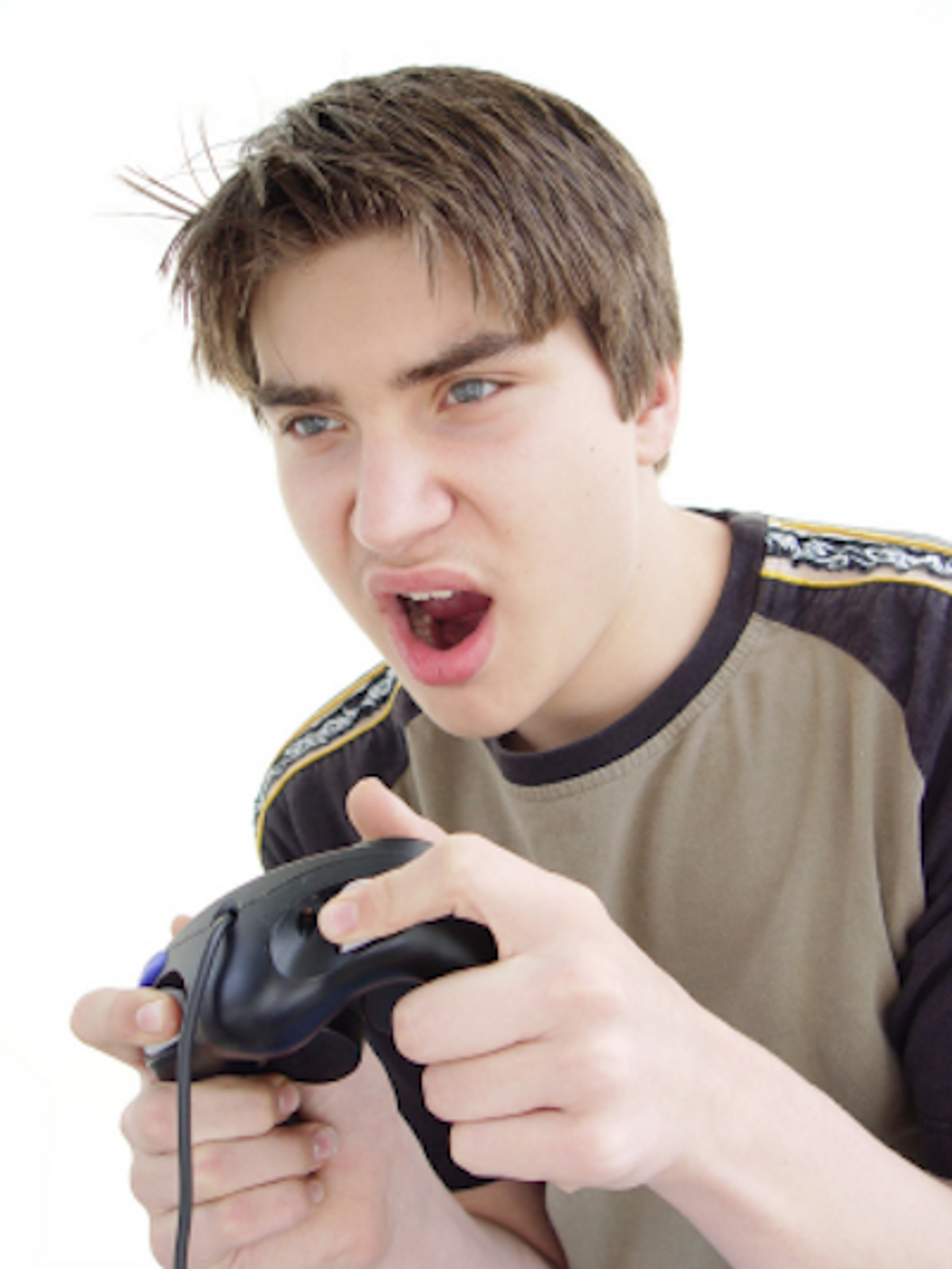 Although various forms of online sexual harassment have been with us since the dawn of the internet, recent news suggests that it’s moving into another dimension – the third, to be precise. Gropers are now finding a way to target women through the fully immersive headsets of virtual reality.

Writer Jordan Belamire recently wrote of her experience of virtual sexual assault. The man’s disembodied hands, in the “QuiVr” virtual reality archery game, simulated constant groping of Belamire’s virtual body – specifically, rubbing at her avatar’s chest – and chased her through the game world, heedless to her cries of “Stop!” over the game’s voice chat.

Some of the response – not least from the game’s developers – was encouraging. But the internet’s id manifested itself in the comments on stories about the incident, heaping imprecations, slander and abuse against Belamire. If we analyze the content of these comments, we gain insight into why these assaults – and online harassment more broadly – are occurring, and what might be done to stop them.

We’ll have to grapple with some of the most toxic parts of our communities, and find new ways of creating and enforcing social norms in all the virtual worlds we’re creating. As a scholar of online harassment, I know that most fundamentally, we must address the false belief that online harm isn’t real, because the internet itself isn’t real. When human beings are involved and interacting with each other, it’s very real indeed. And in VR, it’s even more so.

Into the pit of online comments

At the bottom of an emotional article written by QuiVR’s developers, apologizing for what happened to Belamire and promising reform, is the following comment: “You weren’t a victim of anything. The VR community has just become a victim of the outrage brigade.”

Another commenter adds: “here’s some advice for you. TURN OFF THE F—ING GAME YOU STUPID B–CH!”

A third writes, “I gotta say, you don’t have a frigging clue what sexual assault is if THIS is what you consider sexual assault.”

Several others, meanwhile, noted that Belamire writes romance novels and suggested she should “be above” the abuse, or claimed that she’s just seeking publicity. “She writes an adult lesbian romance novel and feels harassed by digital gloves,” mocks one commenter. T’was ever thus: If a woman evinces any sexual sensibility whatsoever, she must give blanket consent to any and all sexual contact.

But by far the overriding theme of the angry comments is that they accused Belamire of making a mountain out of a molehill because it was an online experience. These were “floating hands” in a “virtual world” that she could easily turn off, or just “take off her headset” to escape from.

These outraged players never seem to ask why men do not worry about encountering hands-y people with boundary issues when they play games, or why such people should determine who plays and who doesn’t. Yes, Belamire chose to play the game, but that doesn’t mean she signed up to be sexually assaulted.

These notions illustrate the core mentality of both the abuser and their legions of apologists in the world’s comment sections: What happens online is not real, therefore it’s all okay.

It’s not serious, except when it is

In this abuser-apologist world, people who complain about harassment are at fault themselves, and at times demonized as the actual problem. It’s an inherently contradictory idea: The “games aren’t real” argument doesn’t seem to dissuade angry commenters from taking Belamire’s complaints personally.

“Games are supposed to be a place to mentally get entirely away from this world, these rules, with a character in another one,” laments one commenter, arguing that anti-harassment efforts will interfere with his escapism. “Feminists basically want it to be a crime for men to even approach a woman in the street, and now they want to do the same in virtual reality?” says another.

Often, in a single comment, someone yells at Belamire for complaining about an “unreal” groping and then caterwauls about some forthcoming Orwellian regime in gaming. One commenter actually tells Belamire to turn off the game, right before likening the idea of tracking repeat offenders to the Third Reich. (One wonders why he doesn’t turn off his computer for a while, if her story so offends him.)

He’s articulating a Mobius strip of thought, folding two contradictory notions into a single idea: The offending action wasn’t real and should be ignored, but any remedy would be real enough that we have to worry about the impending Nazification of our games and get very, very angry about it.

Online experiences are real ones

Video games are not just unreal playthings. The mediating interface of a game does not make abusive behavior between two or more real people any less abusive. Slurs are still slurs; unwanted sexual advances are still both unwanted and sexual. The addition of computer graphics, a game controller, or an unfashionable headset does not render human interaction unreal.

In VR specifically we confront another contradiction. The entire selling point of VR is its unparalleled simulation of reality. It presents a physical, embodied experience that surrounds you, fills your senses, and is tactile in ways unlike any other video game.

This has been a holy grail of game design since the dawn of the industry: fooling a player’s body into feeling like it’s really in the game world. We should not be surprised if a simulated sexual assault, then, feels real enough in all the ways that matter.

This point was addressed head-on in a discussion about designing safer VR games at the Game Connect Asia Pacific conference in Melbourne in late October. One VR developer, Justine Colla, cofounder of the Alta VR studio, argued that the “visceral” nature of immersion in VR can give abusers more power. “Users retain memories in VR as if they experienced them in real life,” she said.

This, she said, combines with an inability for players to physically push away offender to ensure that attackers have “all the power with none of the consequences.” Assaults feel real, and the target has no way to fight back.

We cannot have it both ways, touting VR’s realness while casting aspersions on people who complain of abuse in VR. Trying to do so would be laughable if the consequences weren’t so dire. Virtual reality is virtually real.

Fortunately, QuiVr’s developers are modeling good behavior for the whole industry. They wrote a pointed article that explains why they not only believe Belamire but take personal responsibility for what happened to her. They also explain what steps they’re taking to improve the experience. Foremost among them is a move they call a “power gesture:”

putting your hands together, pulling both triggers, and pulling them apart as if you are creating a force field. No matter how you activate it, the effect is instantaneous and obvious – a ripple of force expands from you, dissolving any nearby player from view, at least from your perspective, and giving you a safety zone of personal space.

This is a bold step in the right direction. It not only provides an instant reprieve for harassment victims but allows them to actually embody their strength through a gesture that feels empowering. It’s an elegant solution, but this one solution may not work for every VR environment. We need something more: a change of mindset.

As games are being developed, quality assurance testers often try to “break” the game, finding ways that inventive players might unexpectedly use game systems that the developers did not intend. Testers should include in this ongoing process efforts to identify ways players could harm each other. Developers should deal with them the same way they do other problems in the game’s design. It’s not “just a game” anymore.