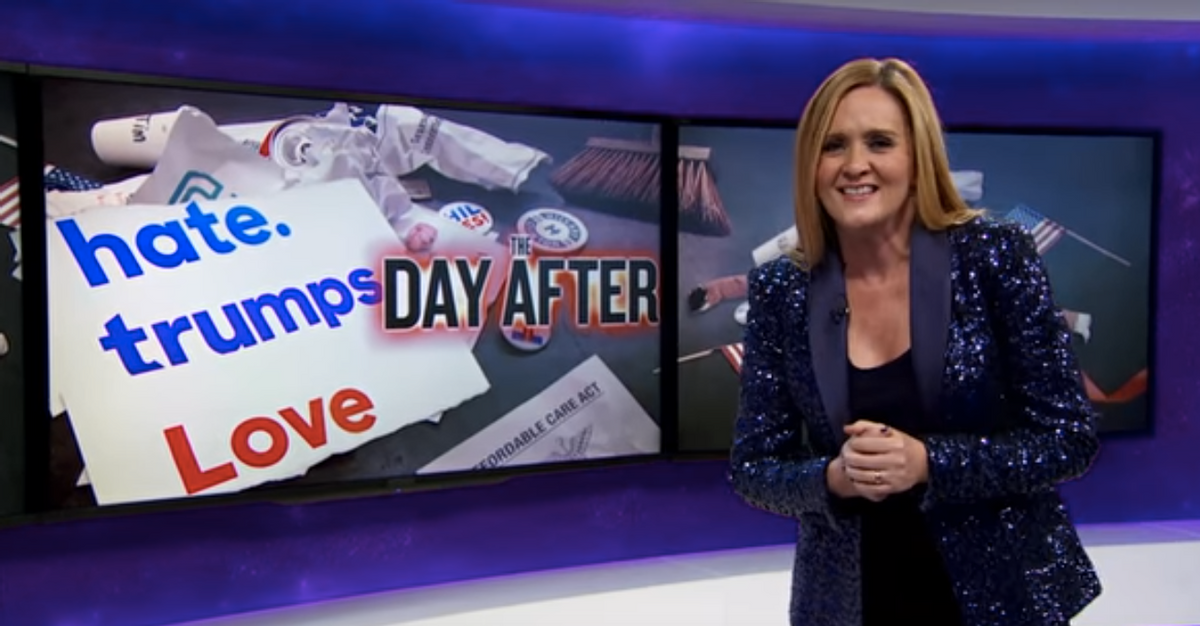 As Trumpism evolves from a grassroots movement to a state-sponsored ideology, defeated liberals – from Washington, D.C. Democrats to Hollywood celebrities – have tried to come to terms with the 2016 election.

Some conservative commentators have posited that the John Olivers and Samantha Bees of the media landscape hardened the anti-progressive sentiment that pervades certain parts of the country.

On the day after Election Day, TBS' Samantha Bee gave a post-mortem reflection of what happened the night prior, holding no punches against White America.

"In the coming days, people will be looking to for someone to blame: the pollsters, the strident feminists, the Democratic Party, a vengeful God. But once you dust for finger prints, it's pretty clear who ruined America: white people," Bee said. "I guess ruining Brooklyn was just a dry run."

Bee has been acutely critical of President-elect Donald Trump and the rabid base he fermented. During this election cycle, the former "Daily Show" correspondent has taken the baton from her mentor Jon Stewart, providing a derisive point of view of Donald Trump and the anti-liberal platform he has brought to the forefront of political discussion.

"The Caucasian nation showed up in droves to vote for Trump, so I don't want to hear a goddamn word about black voter turnout," Bee said. "How many times do we expect black people to build our country for us?"

Bee did not even try to hide her disdain for the white men and women who looked past Trump's dangerous, racist rhetoric.

"If Muslims have to take responsibility for every member of their community, so do we," Bee said