Dealing with Trump trauma at home: Teaching our kids to embrace uncertainty 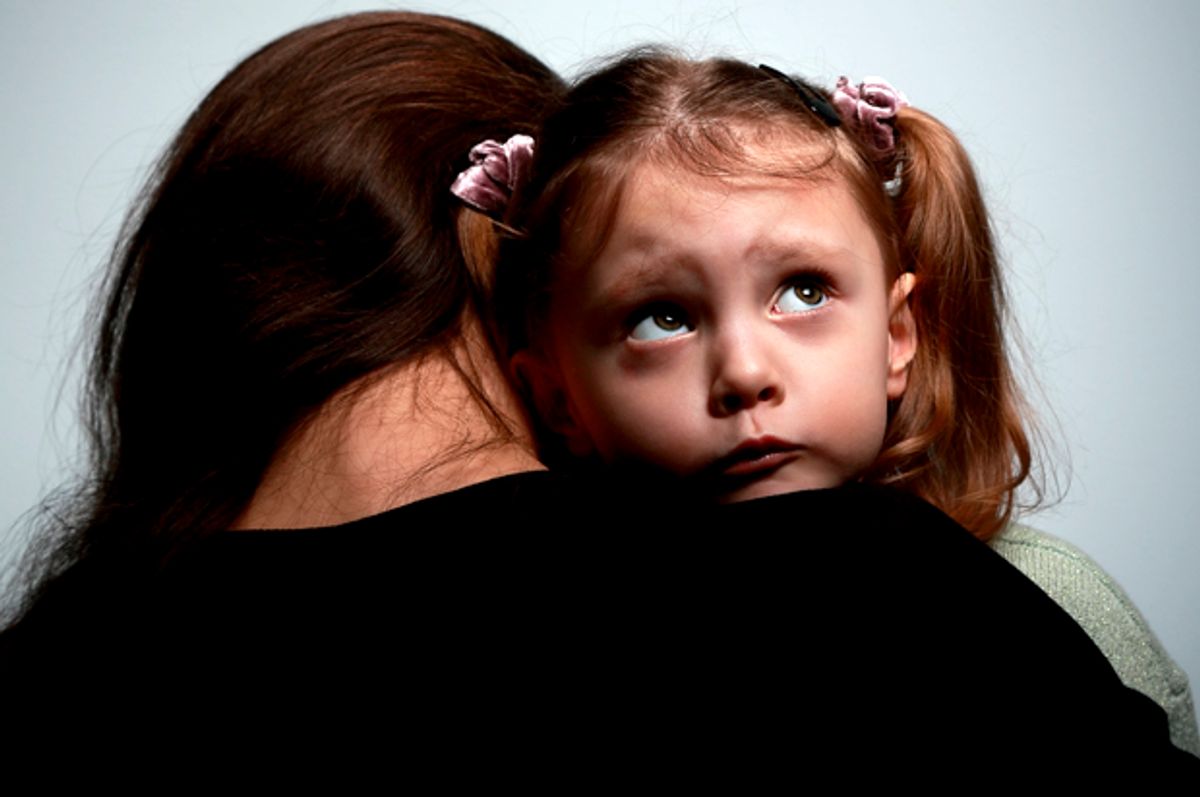 Wednesday morning in America felt like Ernest Lawrence Thayer’s famous poem "Casey at the Bat," albeit with higher stakes. Metaphorical comparisons may be drawn between the tense baseball game and arrogant star player Casey and last week's election. It will not be hard to discern the analogy:

“Fraud!” cried the maddened thousands, and echo answered "Fraud!”
But one scornful look from Casey and the audience was awed.
They saw his face grow stern and cold, they saw his muscles strain,
And they knew that Casey wouldn’t let that ball go by again.
The sneer is gone from Casey’s lip, his teeth are clenched in hate,
He pounds with cruel violence his bat upon the plate;
And now the pitcher holds the ball, and now he lets it go,
And now the air is shattered by the force of Casey’s blow.

Oh, somewhere in this favored land the sun is shining bright,
The band is playing somewhere, and somewhere hearts are light;
And somewhere men are laughing, and somewhere children shout,
But there is no joy in Mudville — mighty Casey has struck out.

My small, progressive town is Mudville this week, and Casey is the fabled establishment. Here, most voted for Hillary Clinton, a decent number voted third-party, and indeed there were some who voted for Donald Trump. Many small children were distraught Wednesday morning when they awoke to find exhausted, disheartened parents like me who had had three hours’ sleep (if that). Overheard on the way to school, and later at school pickup, parents tried to allay the fears of children young and older with a frantic quickie lesson on the checks and balances of our democratic system.

Experts argue we could come at this in a better way: by celebrating the lesser-known value of uncertainty, rather than coddling it. Ron Friedman is a psychologist and author of "The Best Place to Work: The Art and Science of Creating an Extraordinary Workplace." He's also the father of two young children.

Years ago, before he became a psychologist, Friedman worked in politics -- which served as the foundation for his research on engagement and turning uncertainty into positive action. From that perspective, he spoke to me this week about how to reframe for frightened children the uncertainty of our country's future under President Donald Trump.

“One suggestion is to give concrete examples of unexpected outcomes or world events that appeared negative at first, but that ended positively," Friedman said. "Children need to understand that uncertainty and occasional setbacks are a part of life, and that they (and the country) have the resources to rise up to the occasion.”

Adults, he noted, sometimes deflect their own fears by using gallows humor. “That's hard for children to interpret. My daughter overheard me saying we were going to move to Canada if Trump won, and she got really excited about Canada because it sounded like an adventure. Now she's holding me to it, and I have to explain that it was sort of a joke. Kids are literal and do not understand the nuances of adult humor. Then we are left having to explain ourselves."

This past week, we have had a lot of explaining to do, in large part because so much of the seeping wreckage of indecent and uncivil discourse -- and so much of the culture of fear -- has escaped the adults-only space and trickled down to little ears.

Gerard Senehi, founder of the Open Future Institute, an educational nonprofit that teaches high school students to think through the big questions in life, deals often in the realm of uncertainty. He performed on election night at a private home in New York, in his alternate career as a "mentalist" who appears to bend spoons and read minds, flummoxing the crowd of tense voters and young people. “I often create a bridge between our capacity to suspend our ideas and embracing the unknown,” he said.

“In the aftermath of the election, I’m thinking about the importance of balancing certainty with uncertainty -- what we know with what we don’t know,” he said. “There is the illusion that there is one right view and that we can come to it -- and  yet people have so many different perspectives.”

“Having the 'right' view gets connected to our identity, and that’s why it becomes so charged and polarized," Senehi said. "This is where uncertainty comes in.”

In between tapping guests on the forehead and rendering them apparently unable to read words on an index card, Senehi observed: “Uncertainty is a natural and beautiful part of life, a great gift. But it can make us quite insecure, because it challenges our comfort about a known future. If we don’t focus on the comfort we lose, we can pay attention to the open possibilities it represents.”

These are tenets echoed by the ancient Stoics, who believed one should do all one can to achieve a desired outcome -- as in the archery analogy of an arrow hitting a target or not hitting a target, but still being affected by outside forces regardless. The same can be said for the presence of calm and happiness (however difficult that may be to achieve) in a storm: Our ability to stay measured and nonreactive says a lot about how we influence our children in challenging times.

“Even if things don’t go our way with the election, whoever one votes for," Senehi said, uncertainty is where we can find the greatest peace. It means that the future is unknown, and whatever fears we have about the time ahead, there is infinite space for something entirely different to happen."

By teaching our children that there are great gains to be made in uncertainty, like positive change, we can help liberate them from fixed conclusions that keep us -- and them -- worrying and up at night. “It is the reality of uncertainty," Senehi said, "that throughout history has made all kinds of things possible.”