Blackwell, a former Ohio secretary of state, thinks that being gay is a "choice," and gay people can be "changed" 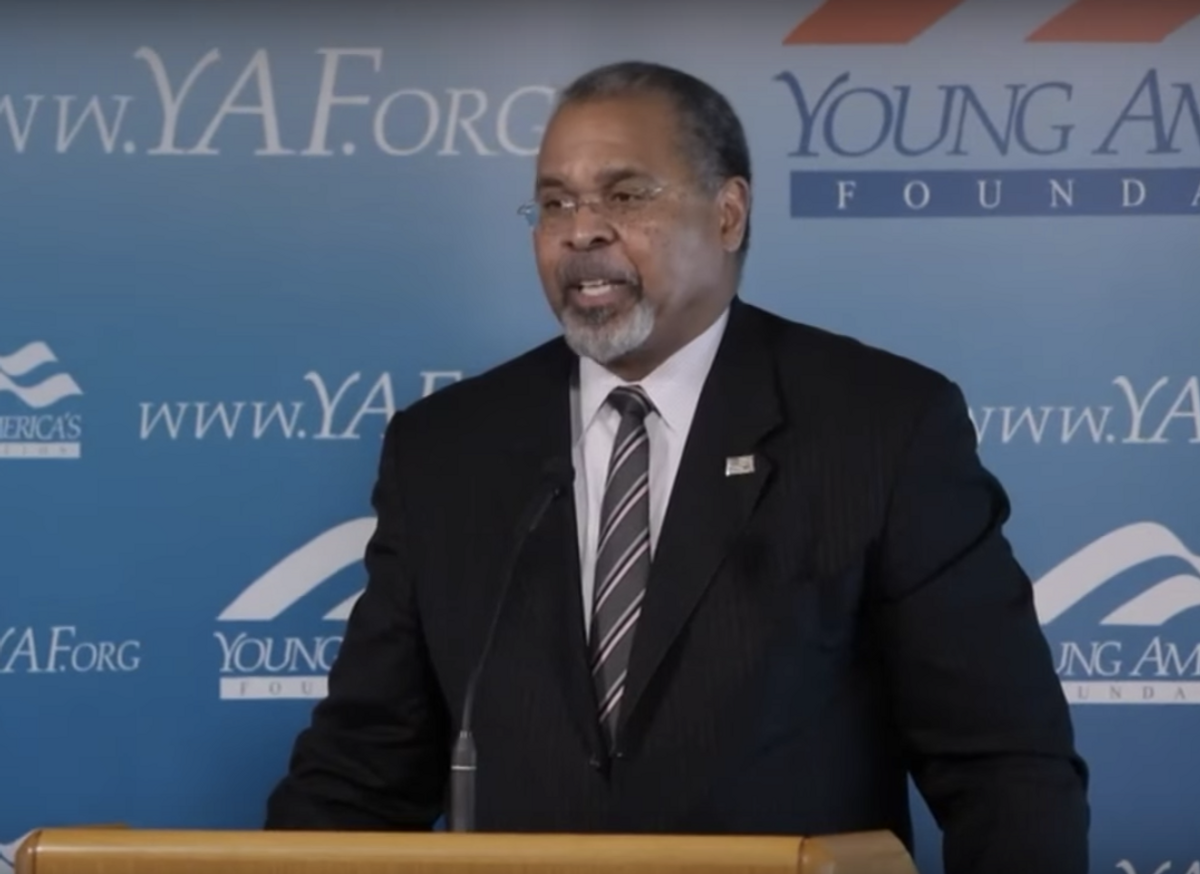 According to news reports, a key player on Donald Trump’s presidential transition team is former Ohio Secretary of State Ken Blackwell, now a senior fellow at the Family Research Council, who will be handling domestic issues as the team discusses the administration’s priorities for its first hundred days.

Blackwell gained national notoriety as Ohio’s secretary of state in the lead-up to the 2004 election, when he implemented a number of creative voter suppression measures. He now works for the FRC, which the Southern Poverty Law Center has labeled as an anti-gay hate group thanks to its promotion of “discredited research and junk science” meant to “denigrate LGBT people.”

At FRC, Blackwell has latched onto apocalyptic rhetoric about the threat of LGBT rights, saying that President Obama is emulating totalitarian regimes by “weakening the family” and “trying to marginalize the church” and even linking a mass shooting to the country’s crumbling “moral foundation” thanks to developments such as “the attack on natural marriage and the family.”

In a 2006 newspaper interview, when he was running for governor of Ohio, Blackwell called homosexuality a sinful “lifestyle” that “can be changed,” like that of kleptomaniacs or arsonists:

“I think homosexuality is a lifestyle, it’s a choice, and that lifestyle can be changed,” Blackwell said in response to the question “Is homosexuality a sin, and can gays be cured?” according to published transcripts. “I think it is a transgression against God’s law, God’s will.”

At another point during that campaign, Blackwell compared same-sex couples to farm animals, saying that homosexuality “defies barnyard logic.”

Perhaps signaling a future affinity for Trump, Blackwell also came out against the so-called “Ground Zero Mosque” in 2010, saying that the Islamic community center’s planners did “not have a right” to open a building in lower Manhattan.

The FRC, for its part, seems ready to use its connection to Trump’s transition team to push for an agenda aimed at stripping freedoms from LGBT people and rolling back reproductive rights. In a panel discussion at September’s Values Voter Summit, FRC’s Mandi Ancalle explained that the group was working with transition-team contacts to advance a comprehensive agenda for Trump’s first hundred days in office:

Ancalle said that the FRC is “working to generate a comprehensive list” for the Trump administration of executive orders, executive guidance and administrative regulations that a President Trump should rescind soon after taking office, and of Bush-era policies that he should reinstate. She said that the group was working with contacts on Trump’s transition team to get their wish list into the GOP nominee’s hands.

Among the priorities that she said FRC is pushing for in the first 100 days of a Trump administration:

Although Ancalle did not explicitly name them among FRC’s first-100-days priorities, she also criticized the Department of Education’s guidance on access for transgender students in public schools; the Department of Health and Human Services’ contraception mandate; the “completely lawless” Equal Employment Opportunity Commission guidance on access for transgender people in the workplace; and President Obama’s executive actions on immigration.

She also indicated that the FRC would urge a President Trump to undo the Obama administration’s work pushing LGBT and reproductive rights abroad, saying that the administration has “in some ways become a lobbying organization” and that “ambassadors that are appointed and sent overseas to represent American values have not only kind of flipped on their head what Americans stand for, what you and I stand for, but have really begun to lobby governments in attempting to accept same-sex marriage, in attempting to accept this gender identity dysphoria and attempting to push abortion acceptance and pro-abortion legislation in those different governments.”