Twinkies really are indestructible: How twice-bankrupt Hostess came back from the brink 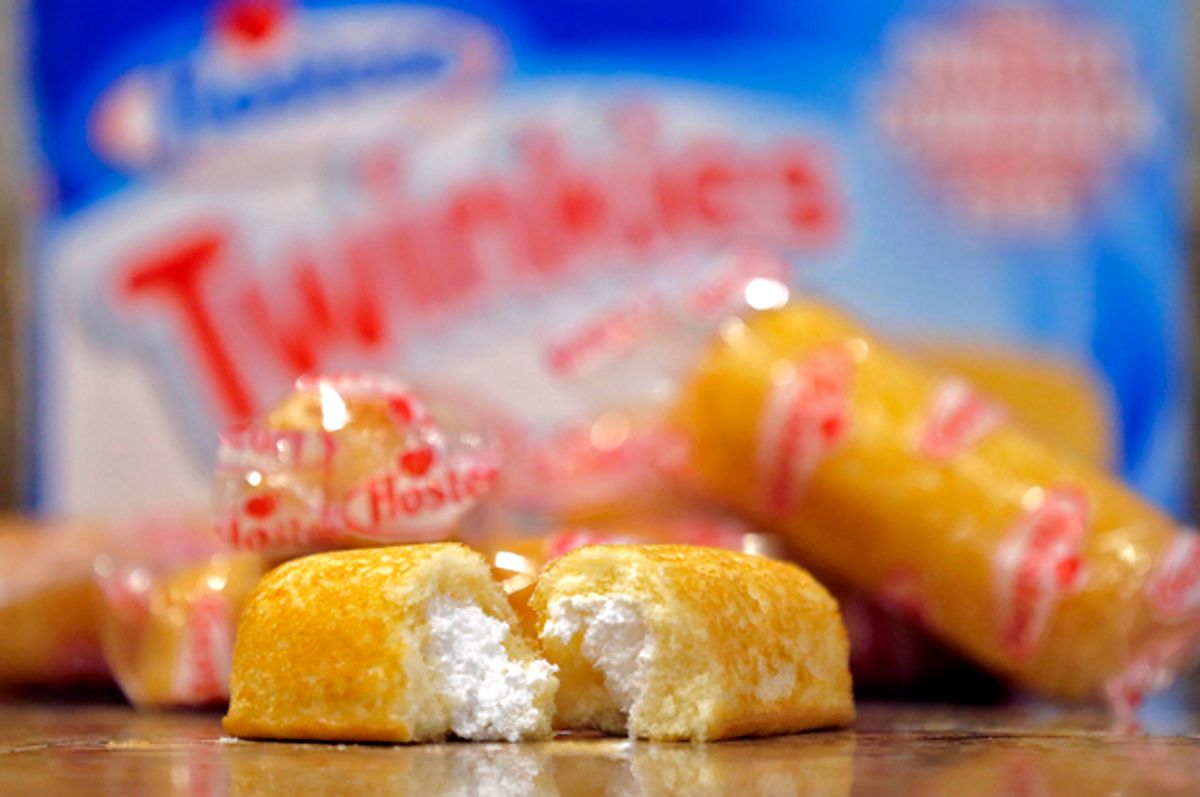 In the 2009 post-apocalyptic comedy “Zombieland,” the gun-toting undead-hating hero Tallahassee, played by Woody Harrelson, was on a singular mission to hunt down the last remaining Twinkies in the world. Four years ago, Tallahassee’s fear that he would never again “enjoy the spongy outside and creamy inside” was shared by many fans of the iconic snack cake as the future of its maker, Hostess Brands, was in peril. Twinkie production, which had been ongoing since 1930, was halted and the snack vanished from stores shelves for months before Hostess Brands resumed production the following summer.

What a difference four years makes! The company reported sales of $658 million in the 12 months ending June 30. And this week, Hostess not only returned to the stock exchange but on Thursday announced higher third-quarter profit of nearly $34 million on sales of about $196 million, up from a loss of $4.1 million on sales of $158 million in the same period last year. The company’s share price has gained about 1 percent since its stock began trading Monday under an unusual format that doesn’t involve an initial public offering.

Hostess, Missouri-based maker of Ding Dongs, Sno Balls and Ho Ho’s, had been struggling for years — since at least 2004, when it entered its first of two rounds of bankruptcy protection. An oft-cited reason for its troubles has been that American diets are changing, that people are gravitating away from processed, sugary and oily foods. Almost every article written about Hostess’s woes have cited healthier eating habits.

But the idea that Americans are suddenly all going to the gym and eating salads isn’t reflected in public health data. Just this summer, the U.S. Centers for Disease Control and Prevention announced that the country’s obesity epidemic hit a new high, with a third of the country clinically overweight as American teens continue to pile on the pounds. And as any grocery store snack aisle proves, consumers still love their salty, sweet and oily indulgences.

“There’s no question there’s more awareness and that people want to eat healthier, but there’s a lot of people out there that say one thing and do something else,” Steve Stallman, a California-based food branding and marketing consultant, told Salon. “There are unlimited excuses of why you feel you might deserve a treat, from Trump being elected to having a bad day at work.”

Stallman, who has worked in food marketing and research for more than three decades, says he’s tracked consumer demand through the rise of the healthy eating trends that began emerging in the late ’90s. At the time, he says, analysts were predicting the sales would plunge for snack giants like PepsiCo, which owns Frito-Lay, as the country would flock to newer healthy options that were increasingly emerging in the marketplace. But the dire predictions never played out. Plus, people love their Twinkies.

The problem Hostess has encountered over the past decade is less related to a sea change in American diet and more due to its own mismanagement and overextension. The company filed for bankruptcy protection in 2004 under its previous name, Interstate Bakeries. At the time CNN attributed the downfall to a combination of declining sales “attributed to the popularity of low-carb diets,” but the company itself blamed excess capacity (it had 57 bakeries and 33,000 employees at the time) and higher costs of energy and ingredients. It also blamed the pensions of its unionized workers, raising speculation that Hostess entered bankruptcy protection in part to divorce itself from union workers. During bankruptcy proceedings that lasted nearly five years, a third of its workforce was cut and nine factories were closed.

In 2009, the leaner company became Hostess Brands, but just three years later it fell back into bankruptcy protection again, claiming it could no longer cover both its $700 million debt obligations and the pensions to its remaining 16,000 unionized workers. The Bakery, Confectionery, Tobacco Workers and Grain Millers International Union blamed the company’s mismanagement for driving itself into insurmountable debt, and claimed that the company was unduly blaming the cost of union benefits.

After spinning off some of its brands, including Wonder Bread, Nature’s Pride and Drake’s, Hostess was acquired in 2012 by New York-based private equity firm Apollo Global Management and billionaire investor C. Dean Metropoulos. Much to the relief of Twinkie fans, production of the cream-filled yellow cakes resumed in June 2013 following an eight-month hiatus. The second bankruptcy whittled the company’s labor force and capacity further. Seven of the company’s remaining 11 factories were shuttered and its union contract was eliminated.

Earlier this year, Los Angeles-based private equity firm Gores Group bought the company from Apollo and Metropoulos for $735 million and is now offering shares to the public to raise money.

Notably lacking from Toler’s comments is any talk of focusing on more health-conscious products, which could be an issue for snack makers in the long term, according to Bob Burke, founder of Natural Consulting, which helps branded, natural, organic and specialty food companies go to market. Demand for natural, organic, non-GMO  and gluten-free foods is growing at a fast rate, he says, pointing to the 100 million American millennials who are leading the call for healthier alternatives.

“This is not very likely where the future is,” Burke told Salon. “Hostess has all of this real estate, and logistics and procurement expertise and so it may be there’s a long time before people get tired of eating foods like this, but it isn’t where most of the world is going it seems.”

Hostess might embrace healthier snacking alternatives at some point, but for the time being it’s doubling down on its most popular guilty-pleasure items, which is just fine for the millions of Americans who would still drive through a zombie apocalypse in search of Twinkies.