WATCH: Bill Maher has a message for America in the wake of Donald Trump's election: This division is not sustainable

"Roommates can move out. Patriots can't" 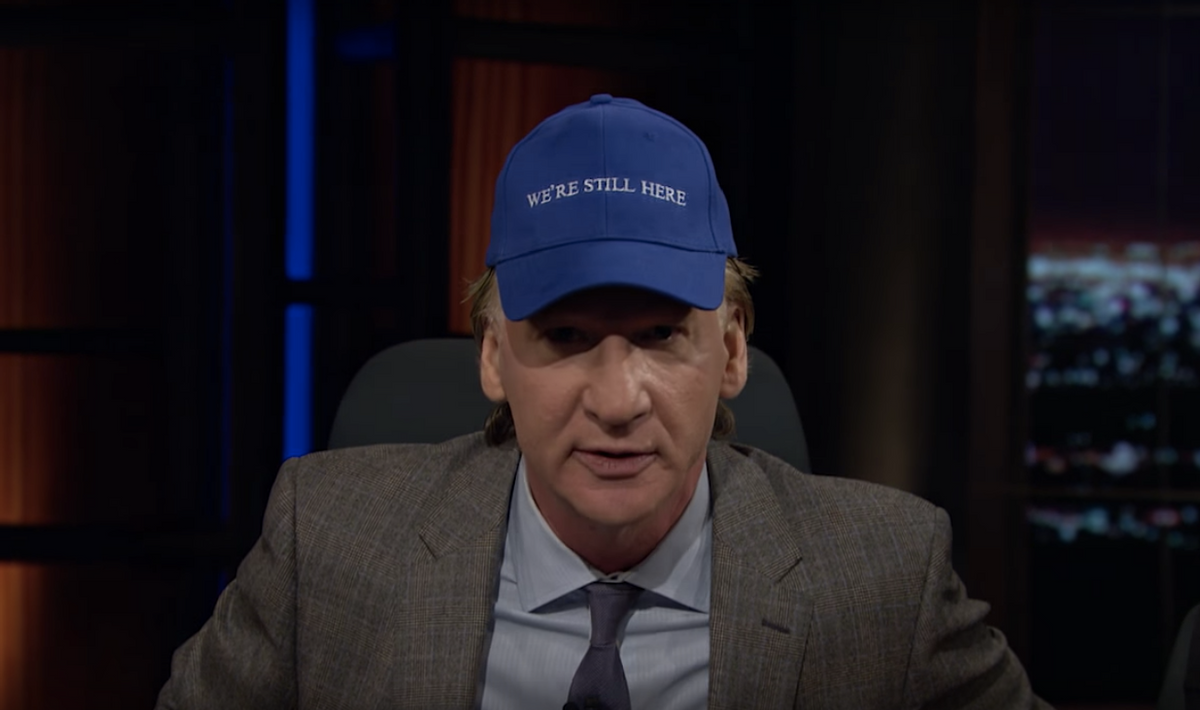 It's been a traumatic week, but Bill Maher has a quick message for America: We're still here.

Sporting blue hats in the style of the red "Make America Great Again" hats sadly no longer destined for the trash can of American history (as well as the real ones all over the country), Maher delivered a message to the majority of Americans who didn't vote for Donald Trump, telling them that there's still reason to stay in the United States, and that developing a plan to move to Canada isn't sustainable.

"Our motto is no longer E. Pluribus Unum, it's Go Fuck Yourselves," Maher said, adding that this version of "roommate hell" is "not a sustainable way to live."

It's "having to live with someone he hated," he said, giving examples from the roommates in the past he hated.

Maher interviewed Eric Holder, the former attorney general, about the Electoral College and voting rights. Although the Electoral College provides fodder for good jokes, Maher also pointed to the things that kept people from voting: voter ID, the lack of polling places in minority districts. Heck, even the fact that Election Day is on a Tuesday, and isn't a federal holiday, is something that keeps people from turning out to vote.

Maher also had a list of lessons for Democrats in future elections, including: Never tell Americans they can't be that stupid; racism is a great product; don't nominate someone who can't do a rally; and one lesson that involves Anthony Weiner.

Watch the full episode — an examination into the world in the Trump era — below: