“Are U Carrie Pilby?”: That time a guy asked me to be my novel's main character on a creepy first date

He said his name was Francois, then John, then Bill, but called me by my protagonist's name 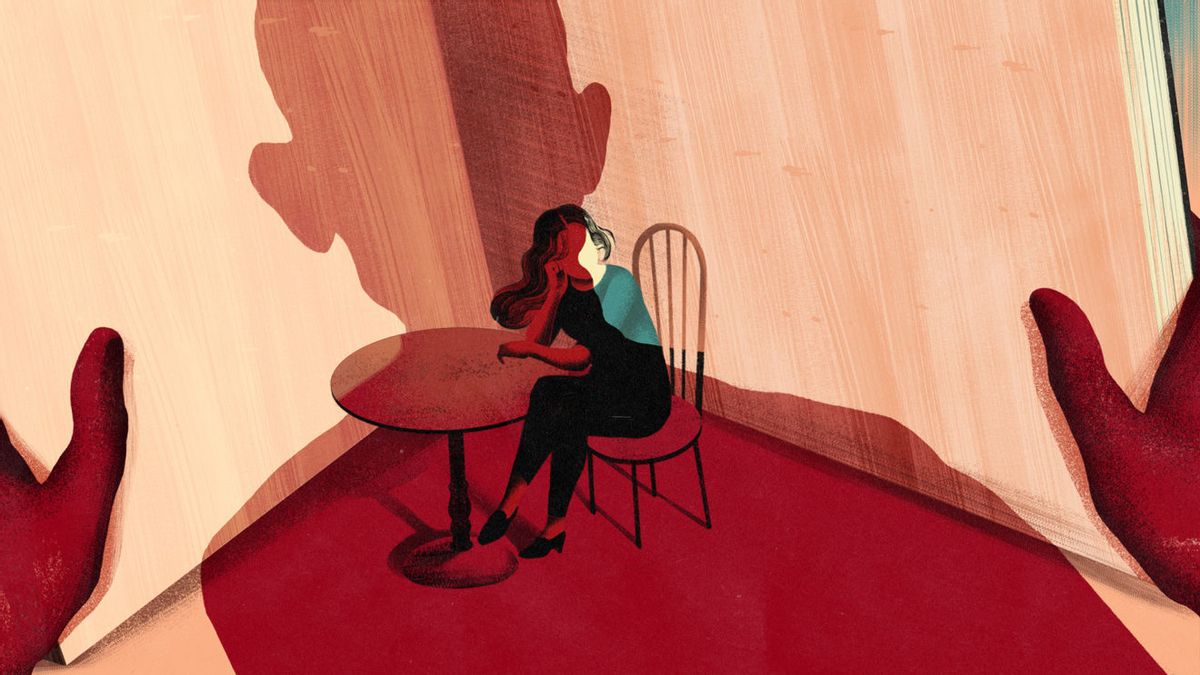 The first email from “Francois” arrived late on a Friday night. It was from an unfamiliar email address and contained one line:

“Carrie Pilby” was the name of the teen novel I had just finished, a manuscript that had finally — after ten years of seeing other books of mine rejected — landed me an agent. It was about a nerdy young woman, Carrie, who tried haplessly to date and socialize in New York. My new agent had submitted the book to publishing companies a week before I got Francois’ email.

More from Narratively: "When your farm becomes a war zone"

I wondered who Francois was. To my knowledge, only a couple of friends and my agent had seen the book.

I responded: “She might be partly based on me. Who are you?”

More from Narratively: "Why women keep asking me to be their brides-man"

Francois sidestepped the question in his email back. “I have never cold-contacted an author before,” he wrote, “but your work shows great promise.”

He sent more emails complimenting the book throughout the week, but wouldn’t reveal his true identity. Then, he implored me to call him — only after work hours.

More from Narratively: "I met my long-lost brother...and I was overcome with lust"

I was about to turn thirty, the age by which I figured a woman had to be married. I had a similar deadline in mind for publishing a novel. At least I was making progress on one front.

When I called, he said his name was not Francois and gave me his “real name,” John. He also said he worked for a film producer. Often, John explained, people at publishing companies clandestinely photocopy manuscripts and slip them to moviemakers.

“I have a roommate, but she’s usually at her boyfriend’s.”

“So you’re not married.”

“Do you want to have lunch on Saturday?”

I wondered: Was this a professional meeting, or a date? What if I offended him somehow? Could John end my publishing career before it even started? I had more stories to tell.

I agreed to meet him in Greenwich Village, across the river from my shared apartment in Hoboken, New Jersey. I walked into the little café and saw John in the back. He looked about forty years old, with thinning hair, but not bad looking. He smiled pleasantly and we shook hands.

I said I understood, but internally contemplated the suspicious level of the subterfuge.

We ordered soup. He chased his with a margarita. “You don’t drink?” he asked.

“I do. Sometimes. It feels early.”

I cringed. Did he really just call me by my character’s name?

Francois, John, Bill or whatever his actual name was told me about his life. He’d worked for various film companies and had been in several long-term relationships. He alluded to a substance abuse problem far in the past.

“Do you have many friends?”

“A few close ones. Most have moved away.”

“So you don’t really have any friends.”

I realized what was happening. My protagonist was friendless and slept a lot. This man wanted me to be exactly like my character.

I was socially awkward like Carrie, but I was also a bit older and — arguably — wiser. I had a wider variety of interests as well. Perhaps he was hoping I was so isolated and helpless I’d depend on him completely.

We finished lunch and I thanked him, hinting at a parting of ways.

I reasoned with my 29-year-old, single self: This man seemed smart, read books and didn’t come off like a bad guy. Perhaps he’d been sent from the heavens to draw me out of my shell.

We wandered around the Village. It got late and I decided it was time to go.

He shook his head. “Live a little, Pilby.”

I headed back to Hoboken.

When I arrived home, there were emails:

BE BOLD, BE BRAVE. CALL ME TONIGHT!

TAKE A RISK, PILBY. DINNER WITH ME IN YOUR TOWN TUESDAY.

TOO MUCH SLEEP MAKES FOR A DULL GIRL.

Something felt off, but I agreed to meet him again. When you’ve never been the prettiest, the most popular or the most at ease, you tend to doubt your instincts. And when you’ve been single for a while, people tell you to “settle already” or even to “lower your standards.”

But at dinner he asked the same questions he had at lunch, criticized me for stopping at one piña colada and then complained when I wouldn’t head back to Manhattan with him.

After another week of emails from him that included MANY CAPITAL LETTERS, I finally was able to articulate the problem in two words: emotional manipulation. No one should shame you into having a relationship or claim you have a personality flaw because you aren’t exactly the individual they want you to be.

I finally wrote back. I said I didn’t mind getting to know him, but I didn’t want to make plans that weekend. “It’s not because I don’t know what FUN is,” I wrote. “I just don’t feel comfortable right now.”

He responded that he understood, and stopped writing me. My confusion gradually turned to relief.

Eventually, I told my agent the story. She said she’d never heard of “Bill.” Then coincidentally, a week later, she met him at a party. He asked out her coworker.

“I think he wants a girlfriend in publishing,” my agent said.

The following year, my book sold to a publisher. Now, a dozen years later, it’s been turned into a film by a successful female director and team of producers in Hollywood. It stars Bel Powley and Nathan Lane, and had its world premiere at the Toronto Film Festival in September.

I suppose meeting Bill taught me important lessons, including that my instincts matter. I’m sure he’s still bouncing around the publishing industry somewhere, complimenting young women on their writing and — like so many of us — just looking for one great character to fall in love with.