Donald Trump is going to appear on Alex Jones' "InfoWars"

The president-elect rejects his ties to the alt-right movement, but his embrace of Alex Jones suggests otherwise 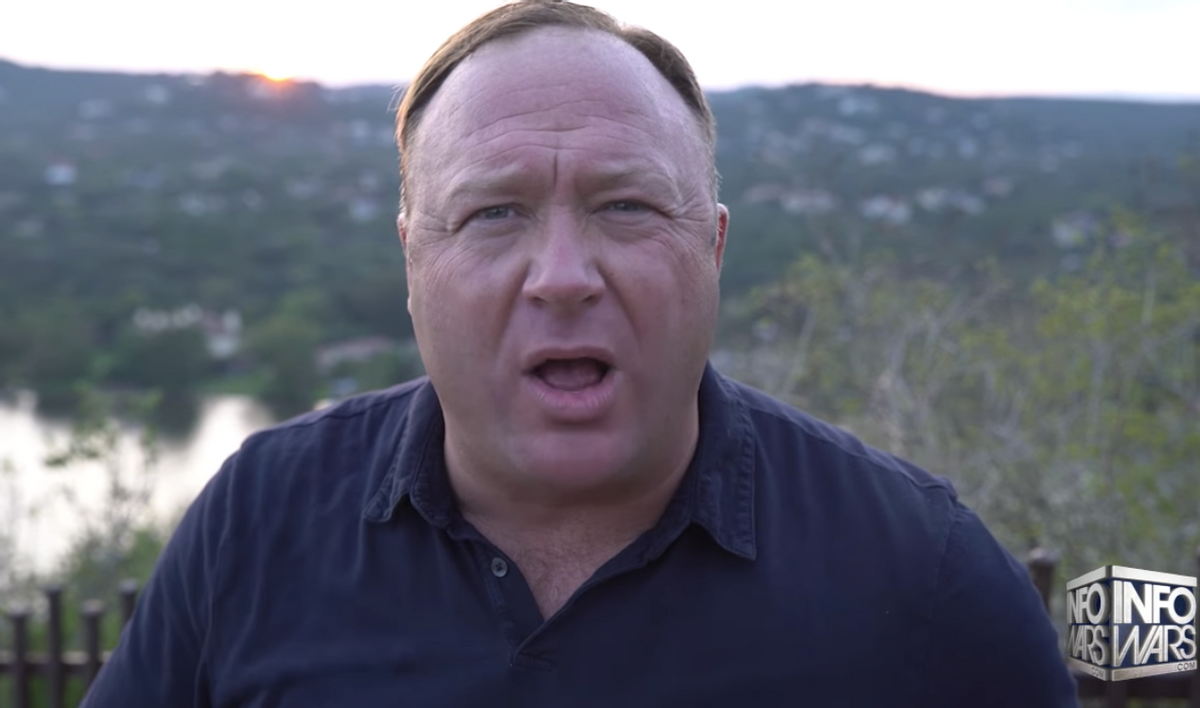 In a Youtube video titled "Donald Trump thanks InfoWars for the win," Jones relayed a message to his loyal, alt-right viewers.

On Sunday, Trump adviser Newt Gingrich vehemently denied the president-elect has any ties to the alt-right movement, insisting the love affair was fabricated by the media. Yet while the president-elect was denigrating the New York Times on Twitter, Trump was reaching out to the man who believes the Sandy Hook shooting was a hoax — a false flag operation designed to demonize gun owners. Jones' website even embraces the "alt-right" name.

In Jones' thank you video to his followers on Sunday, he nodded to the conspiracy theories that have become a trademark of his commentary.

"We finally have people in Washington that actually listen to the people and don't buy the propaganda of the big, mainline corporations that are using weaponized media to mind control simple minded people," Jones said in the video.

To prove how far off the range his paranoia is, Jones mocked Fox News, calling it "fake right-wing news." Jones emphasized that his "InfoWars" audience — not voters who were brainwashed by "all the propaganda, all the mind control of group think" — propelled Trump's rise to the presidency.

Jones claimed that anti-Trump voters are not bad people, they are merely victims of a "whole criminal multinational enterprise that has hijacked a nation."

"Once they see prosperity, they'll understand how they have been captured by multinational corporations and that they can be freer. Once we restore the fact that it's OK for men to be masculine in America, and defeat this big Ford foundation program that decimates our families and make us absolutely itemized individuals, people will become humans again and will be free," Jones said.

Donald Trump, the man who has no ties to the alt-right, according to Newt Gingrich, has conveniently surrounded himself with paranoid white nationalists.

One thing is for sure. Alex Jones, who peddles truly insane conspiracy theories, has a longtime listener in the new president-elect.

Watch the video of Jones' thank you below: