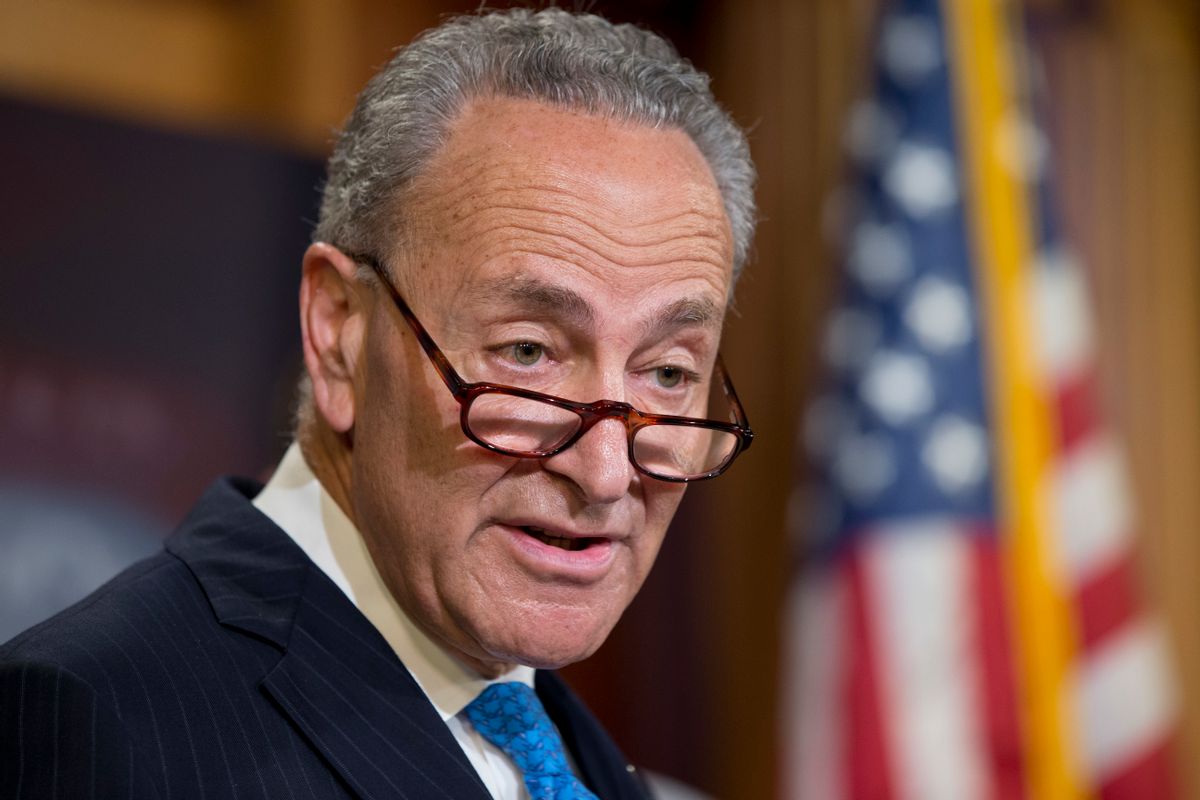 U.S. Capitol Police removed the protesters, who say they want Sen. Bernie Sanders of Vermont instead to lead the party, which was swept out of power last week.

The protesters came from groups that included Occupy Wall Street and Black Lives Matter. They argue Hillary Clinton's defeat was because of her coziness with big money donors, and that Schumer is from the same mold. They urged Democrats to do everything they can to block Trump's agenda.

Schumer has lain low since Election Day, pondering the path forward for his party. He has indicated a willingness to work with Trump.

@billclarkphotos Call Sen. Schumer's office (202) 224-6542 if you want him out and Bernie in as Dem Minority Leader pic.twitter.com/aqeqTX4tVd

Protestors at Chuck Schumer's office are demanding he not offer as minority leader and instead support Bernie Sanders. pic.twitter.com/aMH4p0aegh

Police are here giving protestors their second warning. They're staying and chanting. pic.twitter.com/zze3d4PJdh

Some protestors continue to sing while security takes them away one by one. It's winding down. pic.twitter.com/m2eUPaBVlK