A rural man grieves Hillary Clinton's defeat: Her strength gave hope to outsiders like me

To an Appalachian boy in the '90s looking for the courage to be himself, Hillary Clinton was a radical role model 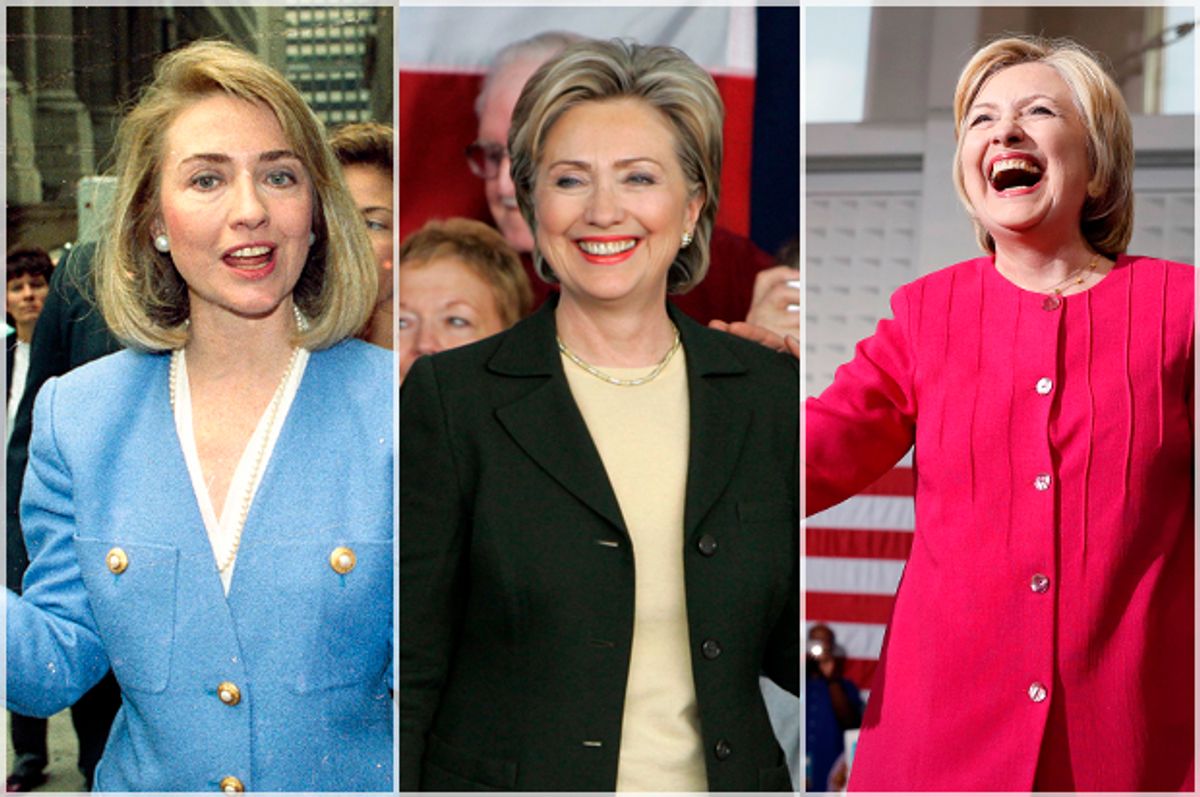 I was 11 when I first saw her — on television, trudging through the snows of New Hampshire, campaigning for her husband in the 1992 Democratic primary. Back then she had an unvarnished quality to her: She was someone who was used to speaking her mind, someone who would stand in the middle of a diner, flanked by a phalanx of cameras and talk to patrons in depth about the lack of universal health care and her choice to pursue a career outside the home.

Everyone in my small Eastern Kentucky hollow, it seemed, was talking about this potential first lady with the three names: Hillary Rodham Clinton. My Reagan Republican father, a high school history teacher, was dismissive. “Typical liberal,” he muttered. My swing-voter mother was intrigued and began including her own maiden name when she wrote checks. My yellow-dog Democrat great-uncle was impressed. “Smart as a whip, buddy,” he said. “She’s going to do great things.”

I agreed. For a young boy with inherent Democratic dispositions, I knew I had a candidate in 1992. (Four years earlier, as a 7-year-old, I had insisted on placing a Dukakis for President sign in my bedroom window.) But it wasn’t Bill Clinton. Sure, I liked and supported him, but I was more interested in the woman at his side. To me, it seemed that she should have been the one running for office.

“Finally, a woman who is just not going to cut ribbons and open bazaars,” former first lady Jacqueline Kennedy Onassis confided to a friend as she observed Hillary Clinton commandeering an office of her own in the West Wing, leading the charge for health care reform and testifying before Congress as a policymaker in her own right. These actions were, of course, unprecedented, and the Clintons’ “two for the price of one” mantra in action made many traditional Americans across the country deeply uncomfortable, posing a threat to their conservative beliefs and perceptions about the proper role of a woman or a first lady.

I was captivated. By the time I was a middle school student, I was scouring my father’s issues of Time and Newsweek each week for articles about Hillary Clinton. I wrote essays about her as a revolutionary first lady, one who was rebelling against the status quo in ways that I was only beginning to fathom. I was 13, closeted, unable to live openly in my small Appalachian town where fundamentalist churches speckled the landscape like a murder of crows, and preachers railed against the abomination of deviant lifestyles.

But seeing Hillary Clinton more than hold her own in the patriarchal world of politics gave me hope. Watching her navigate the critics of her hair, headbands, fashion, physical appearance, legal career, financial dealings, personnel decisions and policy prescriptions made me realize that for people like us — the ones destined to be outsiders in our culture — I needed to find in myself the deep reservoir of strength and sense of self that I saw in her.

When she finally became a candidate herself in 1999, I sent her $20 from the small amount of money I had saved interning for the summer on Capitol Hill after graduating high school. By then I was attending a university in Washington, interning again in a congressional office, and I sometimes saw senator Clinton walking across the lawn of the Capitol or on C-SPAN, calling for increased federal aid to first responders after 9/11. She was humble and deferential, as all freshman senators should be, when she could easily have eclipsed all her colleagues with her fame and intelligence.

I wasn’t blind to her flaws, both human and political. But for me they made her more relatable, more ordinary, a mirror of my own human frailties. I cheered and volunteered for her in 2008 and in this presidential race. When I voted last Tuesday, I carried with me a photograph of my maternal grandmother, a woman who cleaned homes for a living, just as Hillary's mother Dorothy Rodham once had, and who knew all too well the effects of misogyny on her life. I voted with my husband and one of my stepdaughters, and we watched the returns together, consoling each other as our optimism turned to despair.

There will be plenty of time for campaign postmortems, for figuring out where the Democratic Party will go from here. Many people are already doing that, and rightly so. But for now I want to sit with my grief. I want to take time to mourn the electoral defeat of this candidate, this remarkable woman who has served our nation with honor and dignity.

Like many, I am sad and worried about what this loss means for our country, for all the different groups of people that Donald Trump has bullied, insulted and assaulted. I worry for my two stepdaughters and niece, that they will be forced to reckon with a culture in which a man who boasts of misogyny and sexual assault has been rewarded with the ultimate prize of the presidency. I worry for my husband, for our LGBTQ brothers and sisters, that a Trump-Pence administration will mean a political devaluing of our relationships and an active threat to our civil rights.

I worry for my students — Appalachian, African-American, Muslim, Latino, undocumented, Asian, LGBTQ, with disabilities or of low income — who are already facing increased discrimination in our small college town and out in the wider world. I worry for our children, for the precedent that this election has set — that a woman (a lifelong student) of her intellect, curiosity and experience could lose to a buffoon of a man who prides himself on not reading, not studying, not preparing.

But there’s an extra thread of grief here, one that is admittedly personal and selfish. It stretches all the way back to the boy I once was, the one who was searching for the courage to be himself, the one who saw that audacity in her from afar, the one who knew in his bones that this intelligent, fierce woman would someday be president herself. I mourn for him this week, too — that one of his childhood dreams for her was shattered once and for all instead of the highest, hardest glass ceiling.

Jason Howard is the author of "A Few Honest Words: The Kentucky Roots of Popular Music" and co-author of "Something’s Rising: Appalachians Fighting Mountaintop Removal." His work has appeared in the New York Times, Salon, The Nation, Sojourners and on NPR.