China will soon trump America: The country is now the global leader in climate change reform

During Obama's presidency, the U.S. became a leader in the fight against climate change, but Trump ends this reign 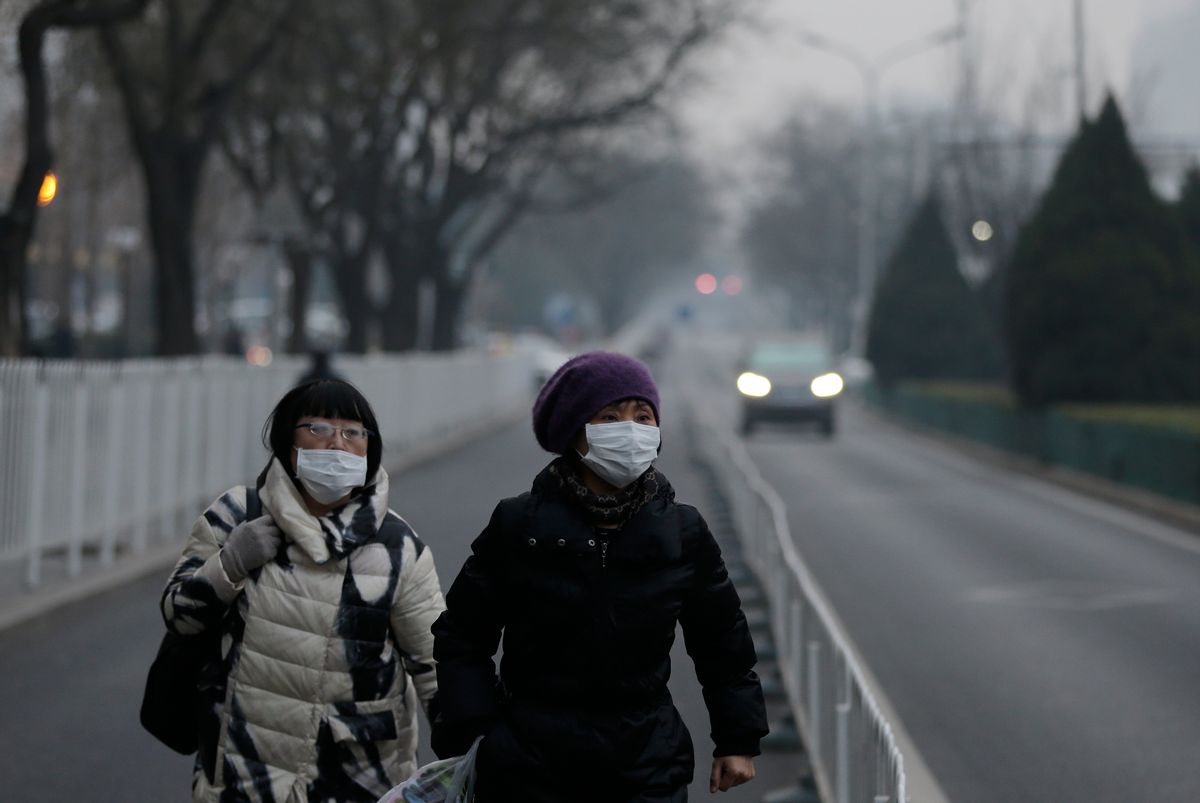 Women wear masks as they walk along a street on a polluted day in Beijing, Sunday, Dec. 13, 2015. China's push for a global climate pact is partly because of its own increasingly pressing need to solve serious environmental problems, observers said Sunday. (AP Photo/Andy Wong) (AP)
--

The election of climate change skeptic Donald Trump as president is likely to end the U.S. leadership role in the international fight against global warming and may lead to the emergence of a new and unlikely champion: China.

China worked closely with the administration of outgoing President Barack Obama to build momentum ahead of the 2015 Paris Agreement on climate change. The partnership of the two biggest greenhouse gas emitters helped get nearly 200 countries to support the pact at the historic meet in France's capital.

By contrast, Trump has called global warming a hoax created by China to give the country an economic advantage, and said he plans to remove the United States from the historic climate agreement, as well as reverse many of Obama's measures to combat climate change.

He has appointed noted climate change skeptic Myron Ebell to help lead transition planning for the Environmental Protection Agency, which has crafted the administration’s major environmental regulations such as the Clean Power Plan and efficiency standards for cars and trucks.

Beijing is poised to cash in on the goodwill it could earn by taking on leadership in dealing with what for many other governments is one of the most urgent issues on their agenda.

Zou said that if Trump abandons efforts to implement the Paris agreement, "China's influence and voice are likely to increase in global climate governance, which will then spill over into other areas of global governance and increase China's global standing, power and leadership."

Chen Zhihua, a representative of the Chinese delegation and official in the climate change division of the National Development and Reform Commission, the country's economic planning agency, said Chinese and other countries' efforts will not change if the United States withdraws from the agreement.

Some have raised concerns that without involvement and financial support from the United States, emerging economies like India may feel inclined to back out.

One of the key advisors to Obama's team on climate change said he hoped China would take on the mantle and keep the global climate deal alive.

Beijing should "continue to work in the spirit that we worked together in and before Paris," said Andrew Light, former senior adviser to previous U.S. Special Envoy on Climate Change Todd Stern.

It is an ironic twist for the government of the world's second-largest economy. For years, Beijing fought attempts by foreign governments to limit carbon emissions, claiming it should be allowed the same space to develop and pollute that industrialized nations had.

But with its capital often choked by smog and its people angry about the environmental devastation that rapid development has wrought across the country, Beijing has become a proponent of efforts to halt global warming rather than a hindrance.

"China is acting on climate for the benefit of its own people," said Erik Solheim, executive director of the U.N. Environment Program. "I am confident China will take a lead role."

China has powerful domestic and global imperatives to play a high-profile role in continued global climate change talks, meant to avert more heat waves, droughts, floods and rising sea levels that could cause trillions of dollars of damage by 2100.

China sees a perceived role as global climate leader as way to bolster its aspiration to become a "clean energy superpower" by leading in renewable energy technology such as wind and solar power and asserting itself as a key geopolitical power.

Dealing with the pressures of continued urbanization in some of the world's largest cities has already put China ahead, said Andrew Steer, the president of environmental think tank the World Resources Institute.

Beijing is innovating to build low-carbon cities, Steer suggested. "It sees carbon as an indicator of economic inefficiency."

Trump's victory over Democrat Hillary Clinton darkened the mood of delegates attending the current round of climate talks in Marrakesh.

Some delegates at the talks say that China is already setting an example.

"China is surprising us daily. Whatever they've promised they're delivering," said Tosi Mpanu Mpanu of Democratic Republic of Congo, who heads the 48-nation group of least developed countries at the talks.

Additional reporting by Alister Doyle in Marrakesh, Laurie Goering of the Thomson Reuters Foundation and Timothy Gardner in Washington.