As Trump surrogates decry protests, fans are taking matters into their own hands 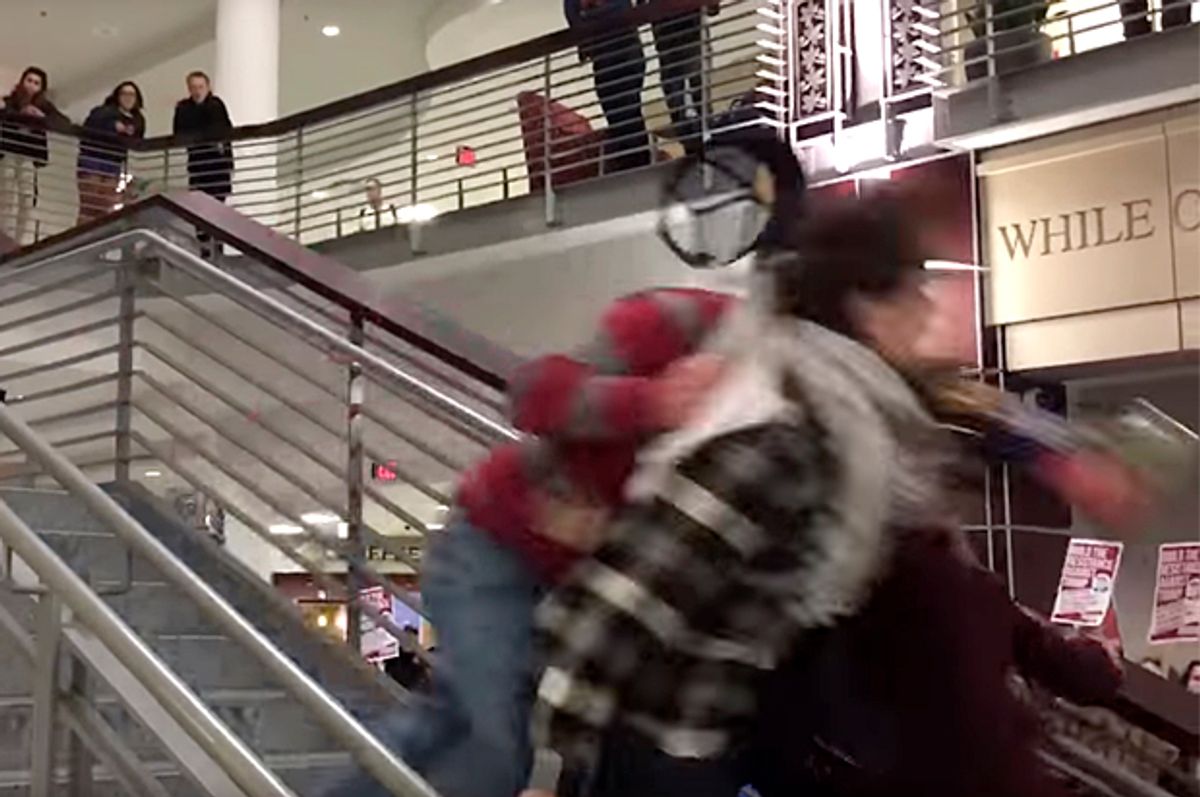 Donald Trump supporters may think that protesters assembling to denounce the man who lost the popular vote and is being consulted by a misogynist are being "thugs," but they're not necessarily the ones being violent.

A 21-year-old Missourian was arrested on Thursday after allegedly accelerating his truck into a group protesting President-elect Donald Trump on the campus of the University of Central Missouri, one of at least two reported incidents of violence at anti-Donald Trump rallies.

According to The St. Louis Post-Dispatch, Nathan Leavy was arrested in connection with the incident, which "happened while dozens of mostly black student protesters were peacefully demonstrating against Trump and the racial climate on the Warrensburg campus, about 185 miles west of St. Louis."

Leavy is not a student at the University. No injuries were reported.

The university's public safety department will pursue charges of assault against the Johnson County man for unsafely accelerating his pickup truck through a crowd of people who were crossing the street. It will also pursue charges of obstruction of law enforcement for fleeing the scene.

The Post-Dispatch said another person — also not a student — was questioned about but not arrested for "menacing behavior" in a parking lot near the student protest, while police are still investigating after "someone threw a firecracker into a crowd of protesters" that same night.

Violence against protesters has become increasingly common on college campuses across the country.

On Monday, Ohio State University student Shane Michael Stanton tackled his peer, Timothy Adams, who was leading a protest against the president-elect on the steps of the student union. Adams was fine — save for his glasses and bullhorn, which "were shattered during the tackle" — and Stanton was arrested and placed on indefinite suspension, according to the University's student newspaper, The Lantern.