Donald Trump has killed American exceptionalism: Why his election was the deathblow for our great national myth

The notion of the U.S. as a uniquely free nation was on life support before the coup de grâce: Trump's victory 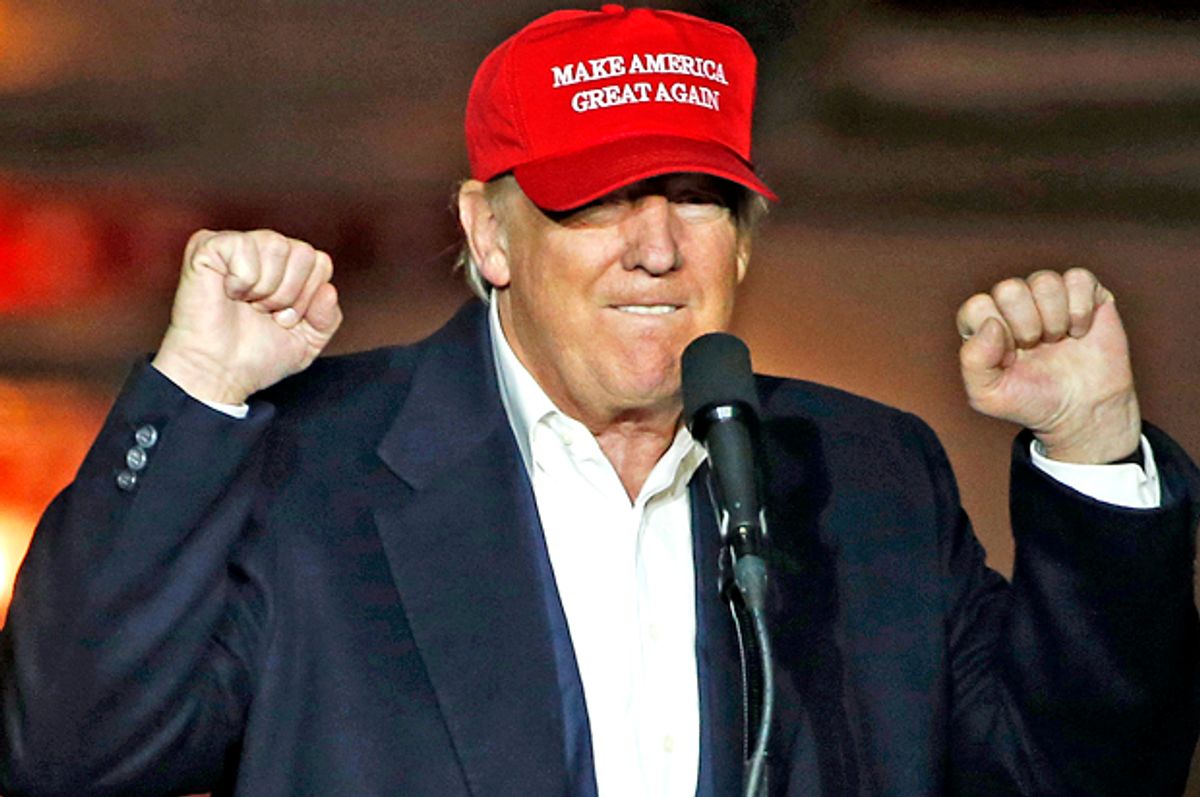 When I was a child there were moments when I would cry proud tears of patriotism upon hearing the national anthem or reciting the Pledge of Allegiance. With age comes wisdom, and superficial displays of faux patriotism no longer hold any appeal to me.

I see them as a type of “safe space” for petit authoritarians. If I had a time machine and could speak to my younger self, I would tell him to save those tears for an American tragedy because the United States will elect Donald Trump, a proudly ignorant incompetent racist as president.

Like people, countries and societies tell lies about themselves. These falsehoods take the form of national mythologies, which help to shape how a country's citizenry thinks about its past, present and future. In the United States, these national mythologies are centered around meritocracy, opportunity, individualism, equality, prosperity and the country's role as a benign force for “good in the world."

These national mythologies are demolished by even a modicum of critical thinking. The American middle class is not the richest or most prosperous in the world; it ranks 27th (Australia’s middle class is the wealthiest). The United States is not a meritocracy; inherited wealth and social status are much more likely to determine a person’s life outcomes than “hard work."

Racism and sexism greatly limit the life opportunities afforded to nonwhites and women; a society where white (male) privilege reigns cannot by any reasonable standard be a true meritocracy. The United States is an empire. It maintains 800 military bases around the world. United States special operations forces are active in at least 134 foreign countries. This is part of a much bigger pattern: The United States has been involved in war or conflict for most of its history.

And what about American exceptionalism, the belief that United States is a uniquely free nation based on democratic ideals and personal liberty?

Forget for a moment Trump's anti-democratic rhetoric and vows to curtail civil liberties, his election is the ultimate rebuttal of the notion that the United States is special or exceptional among the world’s nations. In fact, Trump's election is part of a broader global backlash against immigration, cosmopolitanism and globalization. “Trumpism” is not novel or new: It is piggybacking on similar right-wing populist movements like Marine Le Pen's National Front in France, Geert Wilders and Norbert Hofer of the far-right Dutch and Austrian Freedom parties, Steeve Briois of the National Front in Italy, and Hungarian neofascist groups such as Jobbik. Donald Trump is not an innovator; he is a copycat.

Trump is a racist and a fascist. He has promised to jail his political rivals and expressed a desire to limit basic rights like freedom of speech as well as freedom of the press.

He is also reportedly compiling an enemies list of people and groups who will be punished under his administration. He has promised to constitute a national “stop and frisk” policy that will unfairly harass and subject to lethal force and violence African-Americans, Latinos and other people of color.

Trump has also promised to violate the U.S. Constitution by banning Muslims from the country. He also plans to forcibly deport tens of millions of “illegal aliens." Trump encourages violence by his supporters against their political opponents. He is also closely allied with and advised by white supremacists and white nationalists — one of whom, Stephen Bannon, will have a senior policy position in the White House.

Collectively these are the politics of failed democracies and right-wing groups in Europe, Turkey and other countries. Trump is a millionaire TV-show character turned president in the mold of Italy’s Silvio Berlusconi mixed with the strongman authoritarian tendencies of Russian President Vladimir Putin.

Encouragement of political violence and suppression and harassment of ethnic or racial minorities are ugly and unfortunately all too common around the world. As “the world’s greatest democracy,” the United States has marginalized and tried to purge such values from its political culture. Trump embodies a surrender to them. This is reflected by how his presidential campaign and subsequent election have caused a spike in hate crimes across the United States.

The foreign press and news media quickly identified President-elect Donald Trump as an outlier and embarrassment for America but also as a figure who is both frightening and familiar. The Germans immediately sensed the consequences of Trump’s historic election with titles such as “The Day the West Died.” The French newspaper Liberation sounded the alarm about “The American Psycho.” The British tabloid the Daily Mail featured a despondent Statue of Liberty and the headline “What have they done?”

These concerns are complemented by a recent Pew survey that found that 85 percent of Europeans do not have faith in Trump’s “ability to do the right thing” in regard to global affairs.

The voters who snuck Donald Trump through the front door of the White House and into the presidency did so because they ostensibly want to “Make American Great Again.” But Trump’s election has made America less respected, less influential and less exceptional among the world’s nations — and especially its democracies. If the United States of America was ever a “shining city on the hill,” the election of Trump was the mudslide that brought it down and tarnished its last bits of luster.