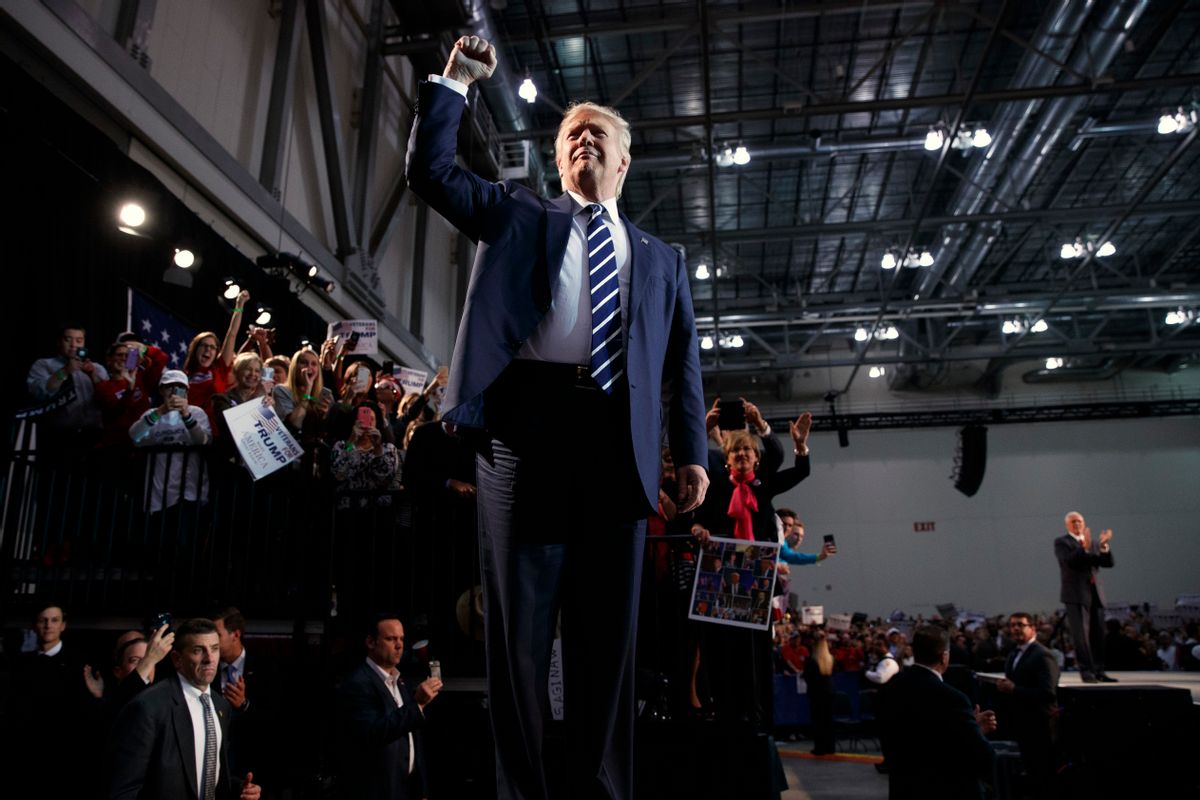 FILE - In this Tuesday, Nov. 8, 2016, file photo, Republican presidential candidate Donald Trump pumps his fist as he arrives to speak at a campaign rally in Grand Rapids, Mich. (AP)
--

President-elect Donald Trump caused an uproar Tuesday night for ditching his press pool. His family went to the 21 Club in midtown Manhattan without the group of reporters who have been covering the transition team. It's a relatively minor faux pas, all things considered, but a violation nonetheless that breaks from historical tradition.

Jeff Mason, the president of the White House Correspondents Association, wrote in an email that a pool of reporters must travel with the president-elect to “record his movements and inform the public about his whereabouts.”

If reporters were with Donald Trump last night, they would have heard him assure some of New York City's high society that their taxes will soon be lowered.

"We’ll get your taxes down. Don’t worry about it,” Trump said to the diners at the pricey eatery where crab cake appetizers go for $25.

During the election, Donald Trump consistently railed against the greed of Wall Street and the Washington elite, riding a populist movement all the way to victory. But since becoming president-elect, Trump has seemingly abandoned his supporters who voted for him because of real economic anxiety.

While Trump's transition team is filled with immigration hard-liners, the president-elect is considering Steven Mnuchin, a former Goldman Sachs executive, as the Treasury secretary — not to mention that Trump's tax plan disproportionally benefits the top 1 percent.

As the president-elect neglects the working class that he claimed to champion, the media, perhaps rightly so, has made a huge ordeal out of Trump's abandoning his press pool. There is a legitimate concern that the new administration will eliminate press access. But for Trump voters who typically shed no tears for the media, maybe his recent actions will elicit concern.