How Trump exploited effects of the "War on Terror" on our political culture, economy and national psyche 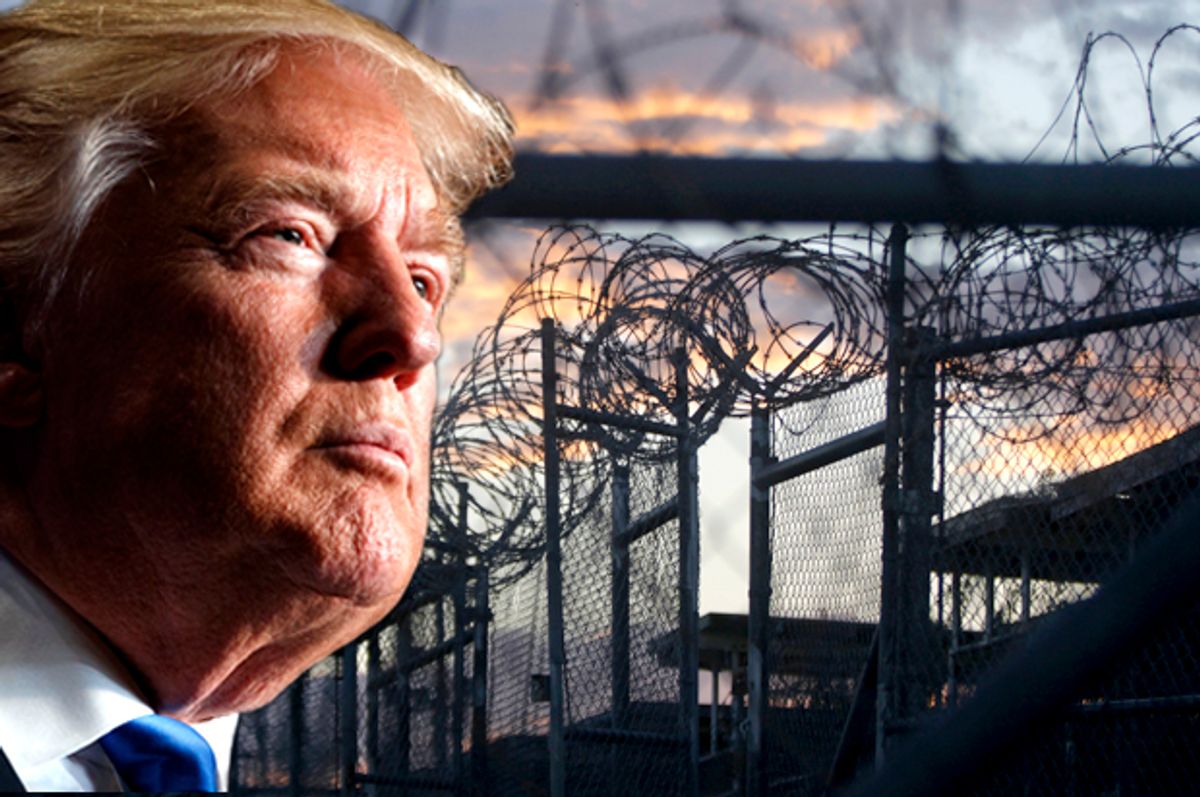 In many ways, Donald Trump’s victory on Election Day is collateral damage from the "War on Terror." The profound changes in America’s political culture and values in response to 9/11 created a crack that Trump, the entrepreneur and political opportunist, was able to open wide enough so as to slip into the White House.

Philosopher Slavoj Zizek described the "War on Terror" as a sea change in a 2006 before-and-after essay for The Guardian:

September 11 is the symbol of the end of this utopia, a return to real history. A new era is here with new walls everywhere, between Israel and Palestine, around the EU, on the US-Mexico and Spain-Morocco borders. It is an era with new forms of apartheid and legalised torture. As President Bush said after September 11, America is in a state of war.

Writing in the London Review of Books in March 2002, Zizek also observed:

The "War on Terror" created a condition where policies and decisions once thought impossible in the United States would now be made routine and quotidian. This includes drone strikes from afar on “terrorists” (attacks in which 90 percent of those killed are innocent civilians), policies such as extraordinary rendition and state sponsored torture and, of course, massive surveillance programs that intrude on the privacy of all Americans.

George W. Bush presided over a failed presidency that exacerbated the country’s extreme political polarization. Bush was also able to stoke and subsequently leverage fears of future terrorist attacks on “the homeland” in order to win a presidential election — and invade Iraq under the pretense of preemptive self defense.

The alternate reality created by Fox News and the broader right-wing echo chamber worked its way into the broader public discourse during the Bush administration and amid flagrant disregard for “the reality-based community.”  In total, the "War on Terror" has nurtured and reinforced what philosopher and media critic Henry Giroux describes as a “culture of cruelty” in America.

The "War on Terror" also coincided with an increase in authoritarianism and ethnocentrism among many (white) Americans. Social scientists and others have shown how the ascendance of Donald Trump and his ability to win over white conservative and right-leaning independent voters is directly tied to this phenomenon.

President-elect Trump emphasized themes related to “economic anxiety” and malaise in red-state America in order to defeat Democratic candidate Hillary Clinton. While the facts of the economic circumstances described by Trump (aided by a gullible and lazy corporate news media) are very much in dispute, the sense that America’s economy has never really recovered from the Great Recession is undeniably true. While the housing bubble may have been the flash point, the American economy was already on the verge of imploding: Nobel prize-winning economist Joseph Stiglitz has estimated that the war in Iraq cost the American people at least $3 trillion.

It also cannot be overlooked that one of the stated goals of Osama bin Laden and al-Qaida was to drain the United States economy  — and in this they were quite successful.

In combination with the negative impact of neoliberalism and globalization on many American workers, the slow bleeding of the country’s economy helped to seed the political terrain for the rise of a right-wing demagogue such as Donald Trump.

The deindustrialized Midwest and rural America have borne the brunt of America’s military casualties in the "War on Terror." Thousands of dead and many more thousands of wounded American soldiers — not to mention those suffering from post-traumatic stress disorder and other long-term maladies — are a real and human reminder of how policy decisions affect communities around the country. These communities in turn often feel neglected, ignored and disconnected from politicians, the mainstream news media and their fellow citizens who live in blue-state America.

To win over these voters, Trump repeatedly emphasized themes of national disgrace and humiliation (“we don’t win anymore”), false claims that the United States military is “weak” and needs to be made “strong again,” and overblown anxieties about Islamic terrorism. The "War on Terror" helped Trump’s message of (white) American nationalism resonate with his public.

The American people must now grapple with a terrifying, albeit wholly predictable outcome of the expansion of the national security state and domestic spying apparatus that began under Bush and that continued and in some ways was expanded by President Barack Obama. Indeed Obama (and Hillary Clinton) possesses the temperament, wisdom and experience to reasonably preside over such a lethal and dangerous bureaucracy and the fearsome power it commands — power that will in time be under the command of a leader with no such qualifications.

Trump will soon be the commander-in-chief of the U.S. military and intelligence services. He has promised to violate international law in his fight against ISIS and other Islamic terrorist groups. Trump has also shown little to no respect for standing norms of democratic governance, civil liberties or the U.S. Constitution by threatening his political rivals with jail and violence, saying that he would not respect the outcome of the presidential election if he lost, and suggesting that freedom of the press should be curtailed. He is also profoundly ignorant of basic policy knowledge.

And as resistance against Trump’s unpopular presidential election grows, he may well turn the national security state established by the "War on Terror" against his political enemies and the American people en masse.

Sept. 11 and the resulting "War on Terror" did not cause the election of Donald Trump, but they helped enable it. They brought out the worst traits in many Americans and helped to create a state of national derangement fueled by revenge and fear. Trump, the demagogue and authoritarian, harnessed those political demons and rode them to victory over Clinton to the White House.