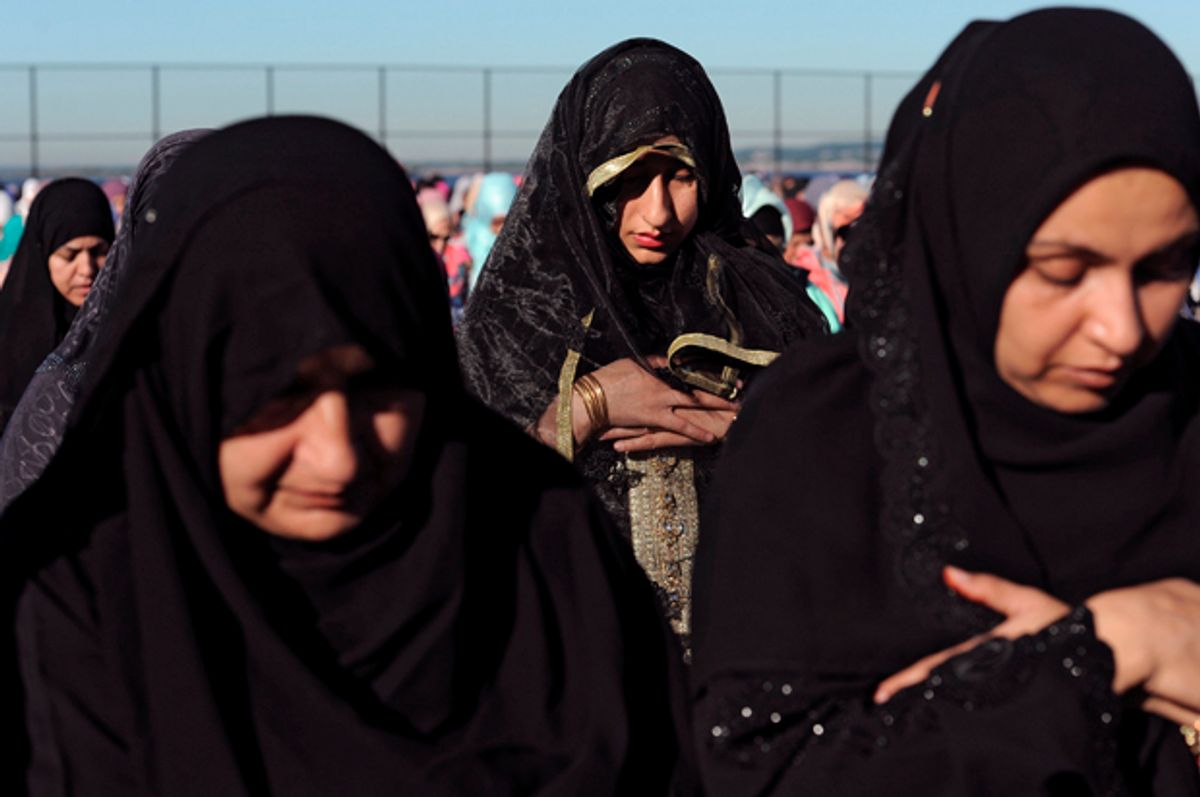 A Georgia state legislator introduced a bill on Wednesday that would restrict the rights of observant Muslim women. The proposed bill would bar Muslim women from wearing burqas and veils while driving on public roads and preclude them from donning traditional head-covering attire for the photos they use on Georgia driver's licenses, the Atlanta Journal-Constitution reported.

Georgia's current anti-masking law is gender specific and only refers to men. The newly proposed bill would amend it to include women. And a new line would be added to the anti-masking statute: “For the purposes of this subsection, the phrase ‘upon any public way or property’ includes but is not limited to operating a motor vehicle upon any public street, road, or highway.”

State Rep. Jason Spencer, who authored the bill, claims the Georgia legislation would apply only to women driving on public roads. But the vague language of the law, the Atlanta publication noted, could potentially be interpreted more broadly to include public places beyond roadways.

In January, Rep. Spencer's twin brother, who, at the time, worked for Georgia's Department of Education, made headlines for sharing anti-Muslim, racist sentiment on Facebook. One post, directed at President Barack Obama, had a photo depicting the lynching of an African-American. The photo's caption read, "Only way to solve the problem. Impeach and . . . "

After his brother's firing, Rep. Spencer issued a statement defending him: "My brother's unfortunate postings on social media, albeit some taken out of context through the prism of political correctness, provoked comments from others who posted incendiary images. He failed to properly moderate his page," the statement declared.