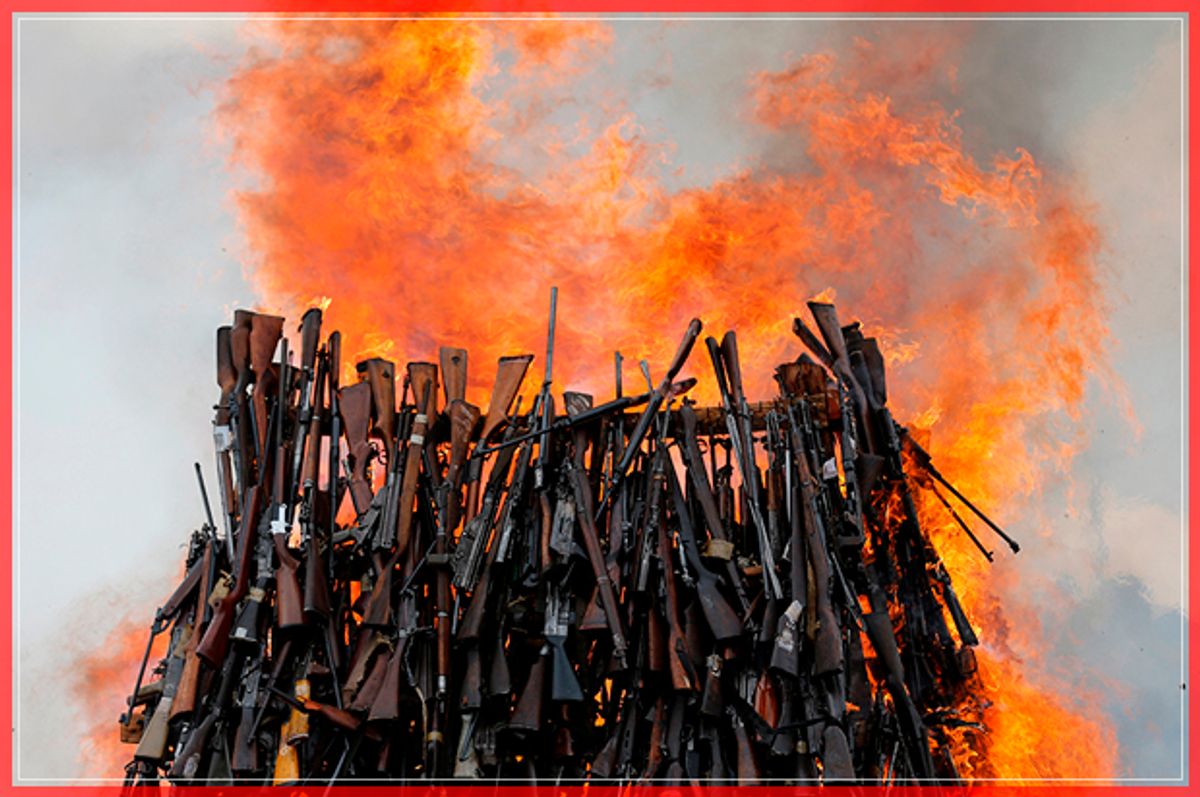 This is a photograph taken in a Japanese manufacturing plant that has had trouble keeping up with orders for their $22.40 Donald Trump mask. It is also a perfect visual manifestation of my waking thoughts this past week.

Athens, Greece   Brendan Smialowski/Greece
President Obama tours Acropolis with Eleni Banou, the Ministry of Culture director of Ephorate of Antiquities for Athens, during his final international tour in office Where my mom works, they have to give x-amount of money to charity to buy the privilege to wear jeans. From a male perspective, I don't get it. Chinos are far and away the more comfortable pant. Look at Lame Duck Barry's timeless trousers and tell me you'd rather wear denim. One of these photo descriptions is true. Can you guess which one?
a) In the Ngong Hills near Nairobi, Kenya, some 5250 illicit firearms recovered during various security operations are destroyed by flame.

b) On an open plain in an undisclosed location, a real-world version of the Iron Throne is being forged for the new occupant of the Oval Office. Since Donald Trump won the election, protests have sprung up in every major American city. Cynics have called the protestors "anarchists" and paid activists of "globalist George Soros." Except the anti-Trump movement will not be led by professional agitators. It will be led by young Americans like the little girl in this photo.