Mind the generation Gap: Struggling clothing retailer Gap Inc. has been overtaken by fashion trends and its youth-friendly competition

After a long decline, one of the country’s largest apparel retailers faces a make-or-break holiday shopping season 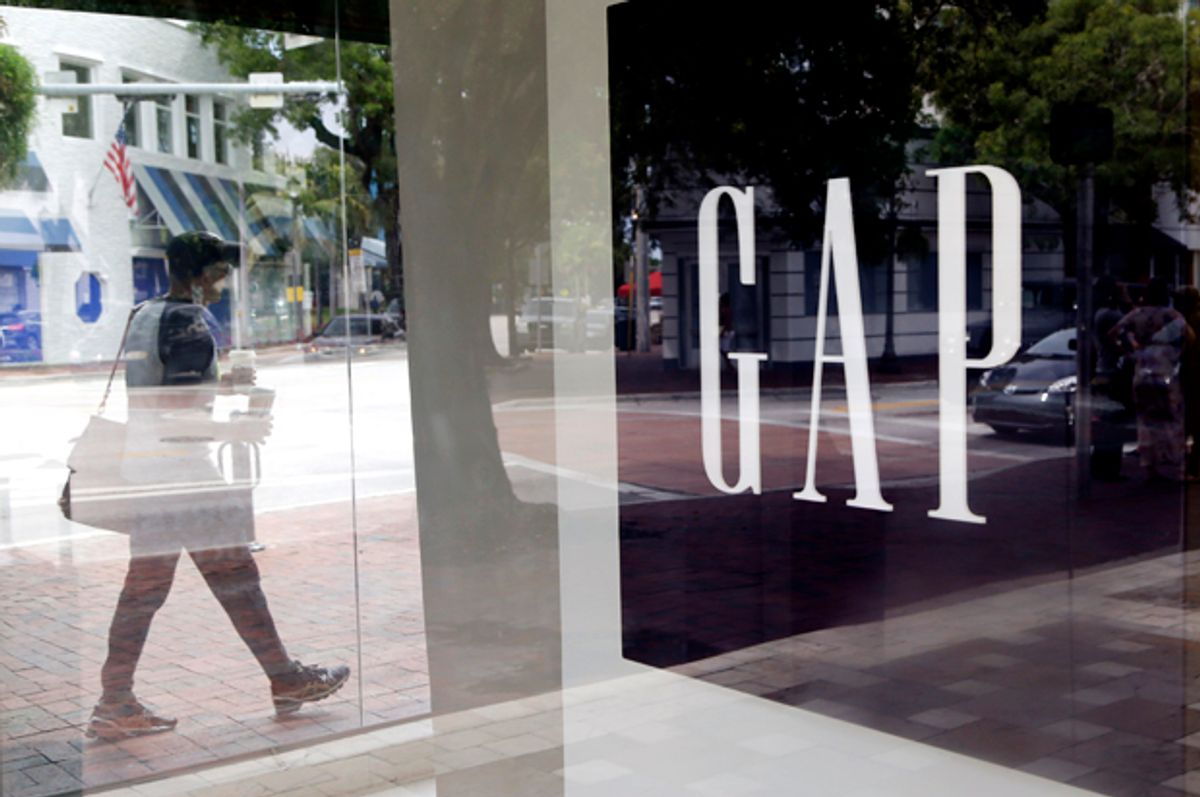 When Donald and Doris Fisher opened their first clothing store in San Francisco in 1969, the couple called it the Gap, a reference to the rift between the young idealistic children of the '60s and their conservative suit-and-long-skirt wearing postwar parents. At the time the Gap stocked only Levi Strauss clothing, providing the young hippies flocking to the City by the Bay with all their indigo denim needs.

Nearly 50 years later, Gap Inc. is the out-of-touch has-been as younger buyers threaten to drive one of the country’s largest specialty apparel retailers into retail irrelevance. Gap Inc.’s three-tier brand model — Old Navy for the budget buyer, Banana Republic for the upscale shopper and Gap stores for everyone else — isn’t working as well as it used to.

Though the company is still a major American apparel retailer, generating $15.8 billion in sales last year, its size has become a liability. The company just doesn't have enough customers to justify the number of stores it operates. Recent sales data shows little improvement. Its glory days in the '80s and '90s may be gone for good.

"We think Gap's valuation proposition is no longer competitive, and two of its major brands (Gap and Banana Republic) have lost relevance with consumers,” Morgan Stanley retail analyst Kimberly Greenberger said in a recent research note to investors. “These are not easily fixable near-term leaving us confident Gap will continue to cede share like the department stores and teen retailers.”

The numbers don’t lie. Same-store sales — a key retail measure that excludes the activity of recently opened stores to offer a better measure of performance — have fallen specifically at Gap stores for 10 consecutive months. Banana Republic has fared worse with 20 consecutive months of declining sales as it struggles to figure out what women in particular want in high-end workplace attire.

The usually reliable Old Navy has been hurting, too, since wunderkind Stephan Larsson left forRalph Lauren late last year. The average quarterly drop in same-stores sales for the company’s three retail segments over the past year is grim: a 3 percent decline for Old Navy, a 4 percent drop for Gap and an 11 percent plunge for Banana Republic.

Gap Inc.'s total sales for the three months ended Oct. 31 were flat (compared with the same period last year) at $3.8 billion, thanks solely to a rebound at Old Navy. A September fire at the company’s massive Fishkill, New York, distribution center drove down October sales, but the Gap managed to eke out better-than-expected gains.

On Thursday after markets close in New York, Gap executives will outline the company’s strategy for the holiday season and its progress in achieving its overall turnaround plan. Earlier this year, they announced closing 140 of its 675 North American stores and shed 250 corporate jobs by the end of January.

“We feel confident that we’re going to be positioned to restore the brand and get it back on track as quickly as possible,” CEO Art Peck said in an interview with The New York Times in June.

If that's to happen, it has to start with a strong showing this holiday season, in which consumers overall are expected to spend 10 percent more than last year according to global market research firm PwC, with most of the growth coming from online purchases.

As Gap has struggled, it's been overtaken by so-called fast fashion retailers like H&M, Zara and Forever 21 that have lured younger wear-and-toss shoppers. On Thursday, Gap will have to show investors it knows how to bridge today's generation gap.