Jeronimo Yanez was charged Wednesday in the July 6 traffic stop 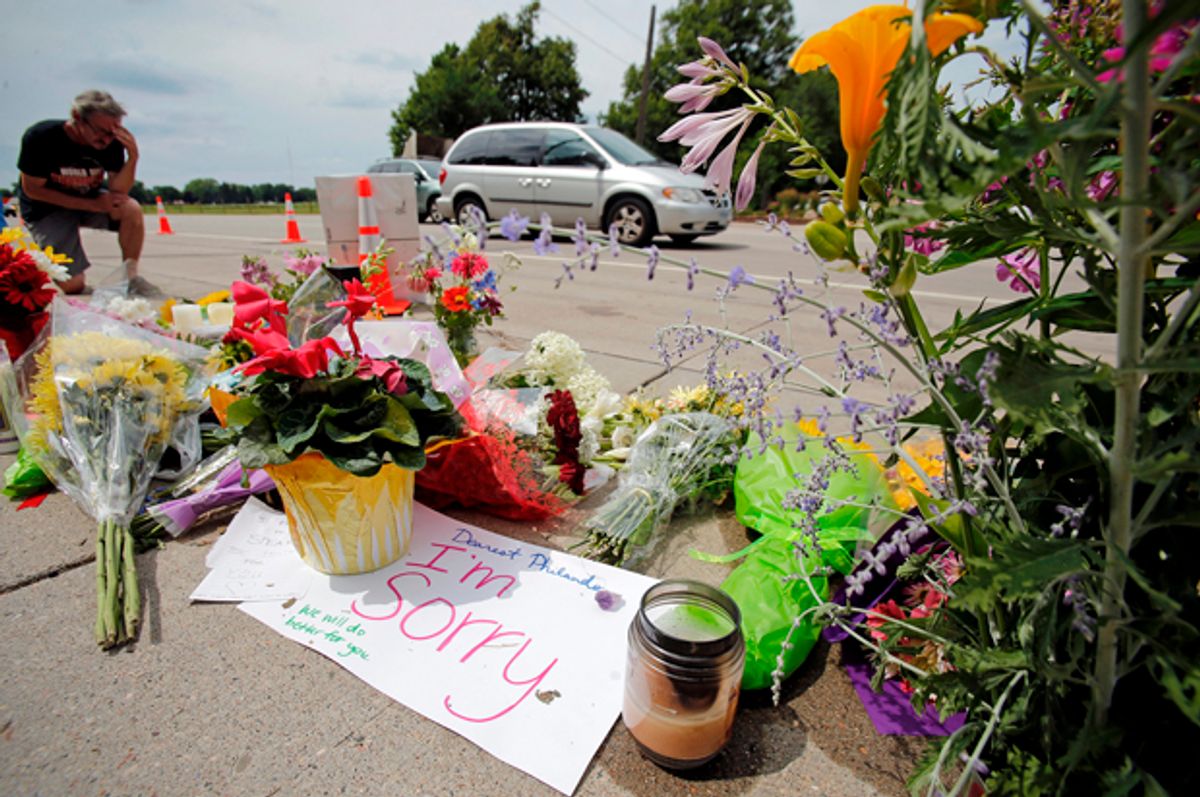 A memorial at the site of the police shooting of Philando Castile in Falcon Heights, Minnesota, July 7, 2016. (Reuters/Eric Miller)
--

ST. PAUL, Minn. — A Minnesota police officer has been charged with second-degree manslaughter in the killing of a black man in a St. Paul suburb.

Yanez fatally shot 32-year-old Philando Castile during a July 6 traffic stop in Falcon Heights. The shooting's gruesome aftermath was streamed live on Facebook by Castile's girlfriend, who was with him. She said Castile was shot while reaching for his ID after telling Yanez he had a gun permit and was armed.

Yanez is Latino. Castile was black.

Family members claim Castile was racially profiled. Yanez's attorney has said the officer made the stop because Castile looked like a possible match for an armed robbery suspect, and Yanez reacted to the presence of a gun.