International prosecutor in The Hague says U.S. military may have committed war crimes in Afghanistan and elsewhere 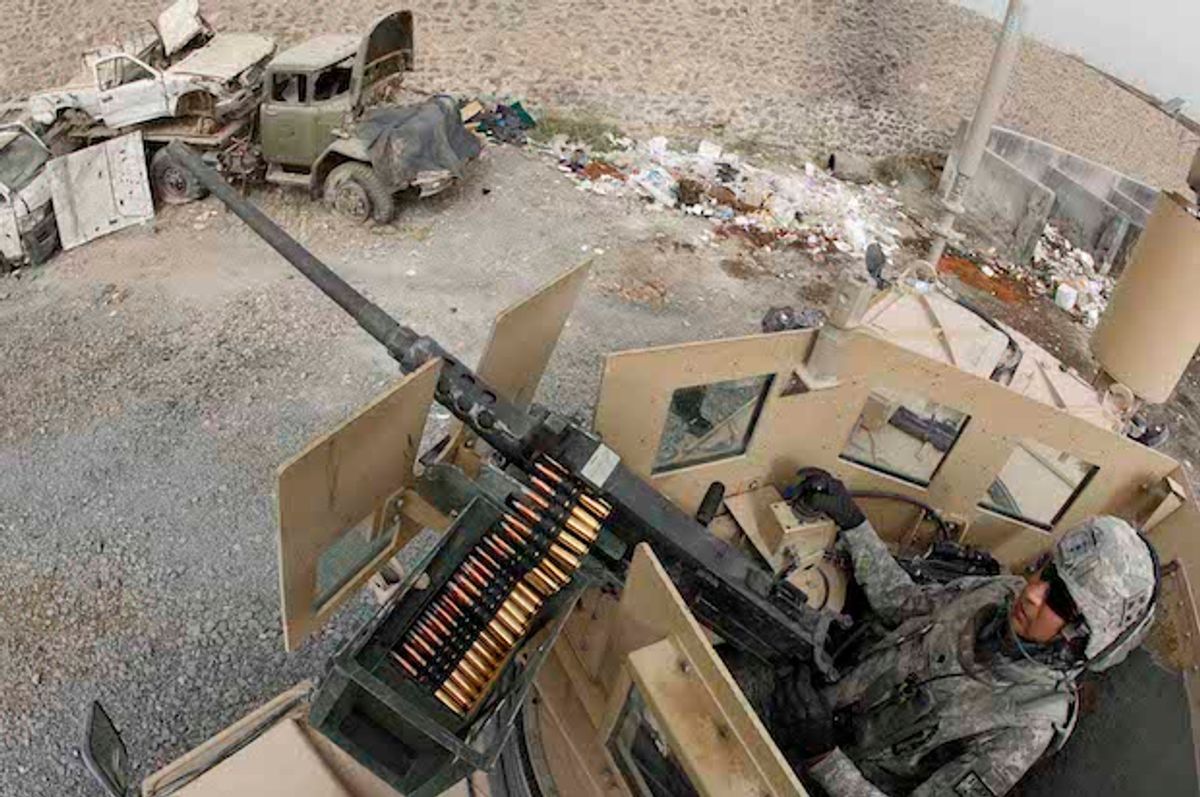 A U.S. soldier outside the entrance of Sarpoza prison in Kandahar city, Afghanistan, August 24, 2010 (Reuters/Oleg Popov)
--

The International Criminal Court in The Hague has said U.S. forces may have committed war crimes in several countries.

The prosecutor's office said in a report released on Monday that there is a "reasonable basis to believe" that prisoners held by U.S. forces were tortured in Afghanistan and at CIA detention facilities in Poland, Lithuania and Romania in 2003 and 2004.

Scores of detainees were subjected to "torture, cruel treatment, outrages upon personal dignity and/or rape," the report said. "The information available suggests that victims were deliberately subjected to physical and psychological violence, and that crimes were allegedly committed with particular cruelty and in a manner that debased the basic human dignity of the victims."

In addition, "these alleged crimes were not the abuses of a few isolated individuals," the office said. "They appear to have been committed as part of approved interrogation techniques in an attempt to extract 'actionable intelligence.'"

Fatou Bensouda, chief international prosecutor, said the office will likely pursue a full investigation, but "it is unlikely that the United States will cooperate," The New York Times noted.

A State Department spokeswoman told the Associated Press that the government does not believe an International Criminal Court investigation would be "warranted or appropriate" and insisted that the U.S. respects international law.

The U.S. is not a member of the International Criminal Court. It refused to join when the court was created in 2003. Afghanistan, Lithuania, Poland and Romania are all members, however, meaning that the court has jurisdiction over crimes committed in those countries.

John Bolton, the U.S. ambassador to the U.N. when the International Criminal Court was created, attacked the institution. Bolton is now being considered as a potential secretary of state for President-elect Donald Trump's administration.

Excerpts of a U.S. Senate Intelligence Committee report released in 2014 confirmed that the CIA committed torture in its detention and interrogation program from 2001 to 2006. The full report was never released, however, and may have been destroyed.

The International Criminal Court prosecutor's office also said in its report that extremist Taliban forces and the Afghan government may have committed war crimes and used torture.

In October, the ongoing U.S. war in Afghanistan reached its 15th year. In an attack in early November, American airstrikes killed more than 30 Afghan civilians — in the same area where the U.S. bombed a hospital operated by Doctors Without Borders a year earlier.

The scope of the International Criminal Court prosecutor's report barely scratches the surface of U.S. military intervention. It does not address the 2003 invasion and subsequent occupation of Iraq. Nor does it include the the drone wars in Pakistan, Yemen and Somalia; the 2011 war in Libya; or the current bombing campaigns in Iraq and Syria.

Human rights groups have previously accused the U.S. government of committing apparent war crimes in its covert drone war. The U.S. has used drones to kill thousands of people, including several U.S. citizens, without charge or trial.