Why does Donald Trump want to give his son-in-law, Jared Kushner, top secret clearance? 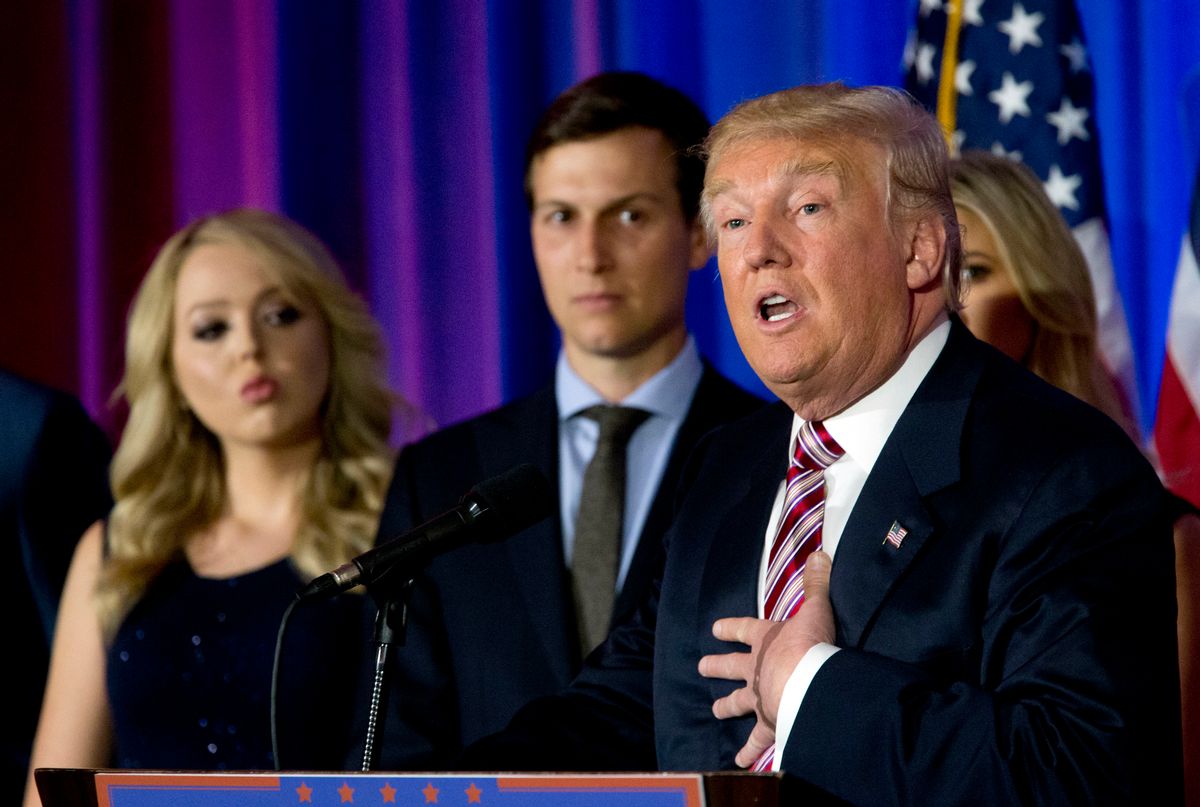 Jared Kushner cannot be in the Cabinet of his father-in-law, President-elect Donald Trump. An anti-nepotism law seems to forbid presidents from naming family members to Cabinet or White House positions.

Still, Donald Trump wants to give Kushner top secret clearance, NBC News reported on Wednesday. According to the report, Trump requested that Kushner to be present with him when he receives the President's Daily Brief.

Kushner, Ivanka Trump's husband, played a pivotal role in Donald Trump's presidential campaign. Kushner was behind the campaign's digital media strategy and often relied upon to comfort the candidate when things were looking dim.

While Kushner has no real experience in governing or policy, that hasn't stopped Trump's transition team from elevating him to an important advisory role. It is unclear whether Trump is violating laws by having Kushner play an unofficial role in the White House.

Bradley Moss, a national security expert who clerked for the National Security Archive, told NBC News that a child or family member has never before received security clearance.

Midway through his never-ending crusade against The New York Times, Trump tweeted out on Wednesday that these reports are lies and that he is not seeking for his children to receive security clearance.

I am not trying to get "top level security clearance" for my children. This was a typically false news story.

Reports have suggested that Kushner was behind the ousting of New Jersey Gov. Chris Christie from his transition team. His wife, Ivanka Trump, could take over the day-to-day operations of the company starting in January, when Donald Trump becomes responsible for forging international deals with foreign heads of state.