Worst potential Trump pick of all? It might be anti-immigration guru Jeff Sessions as attorney general 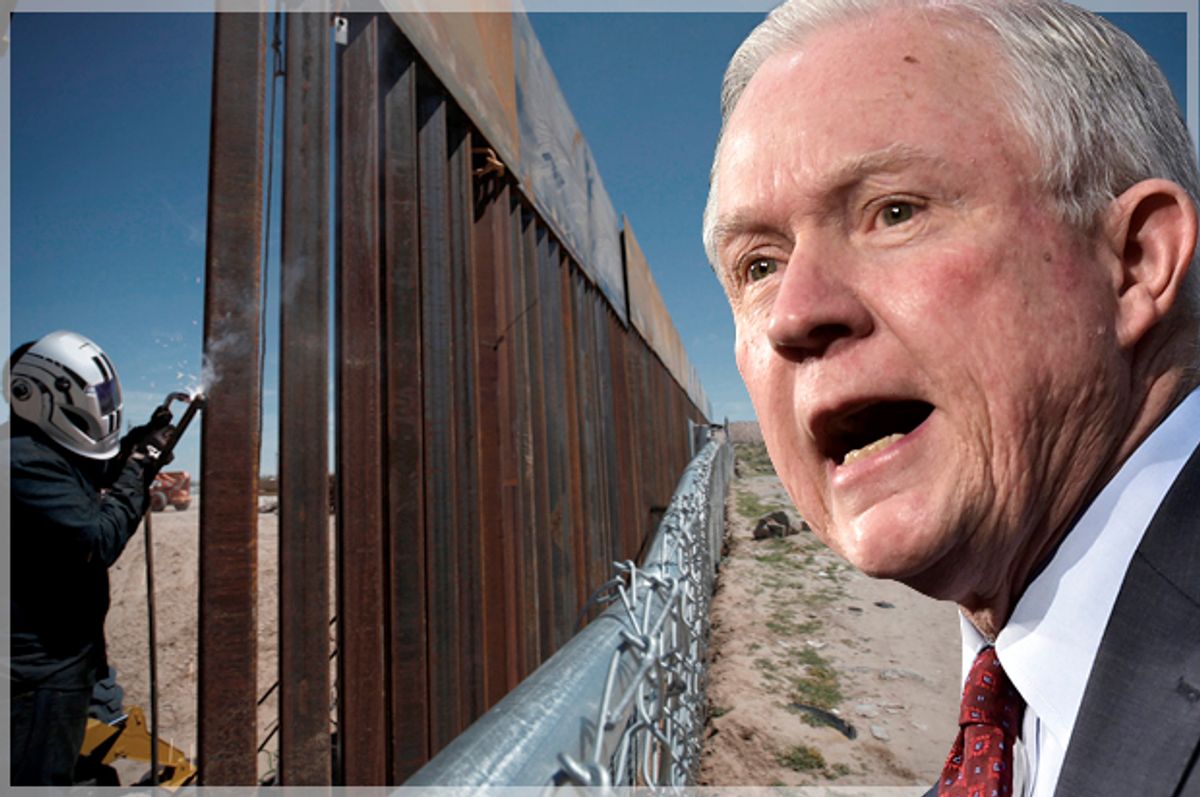 The Atlantic's James Fallows tweeted yesterday that normally at this stage of a presidential transition we'd be seeing the results of months of careful planning. Aides would have had already laid the groundwork for the president-elect to make the final decisions on hiring the best people for top jobs and they'd be putting together the final touches on a plan for the first 100 days, discussions with foreign leaders and anything else that would make the overwhelming job of president go more smoothly. It appears Donald Trump's team has done none of that.

As Salon's Brendan Gauthier reported, after firing Chris Christie and putting Mike Pence in charge, members of Trump's transition team have dismissed virtually everyone they had spent the last few months vetting and are starting from scratch. According to The Washington Post, the best that can be said about what is known about the inner workings of the Trump transition is that it's completely chaotic and unorganized, a fact that has the current executive branch in a state of near panic.

Since most organizations reflect the temperament of the person at the top, the atmosphere reeks of acrimony, petulance and resentment. For instance, longtime GOP national security expert Eliot A. Cohen, a Trump foe during the election, was told in no uncertain terms that his offer of help was unwanted, according to The Washington Post:

Cohen, who last week had urged career officials to serve in Trump’s administration, said in an interview that a longtime friend and senior transition team official had asked him to submit names of possible national security appointees. After he suggested several people, Cohen said, his friend emailed him back in terms he described as “very weird, very disturbing.”

“It was accusations that ‘you guys are trying to insinuate yourselves into the administration . . . all of YOU LOST.’ . . . It became clear to me that they view jobs as lollipops, things you give out to good boys and girls,” said Cohen, who would not identify his friend.

He said his friend told him, "We’re so glad to see the bicoastal elites get theirs."

Keep in mind we're talking about the national security team here. As Fallows said in his final tweet on the subject:

Nonetheless, names are being floated and we're able to get some idea of where the Trump team is headed. While most people assumed that former mayor Rudy Giuliani would be the logical choice for attorney general, he reportedly wanted one of the "big" jobs and, by all accounts, the secretary of state post is his if he wants it.

Knowing his history as an authoritarian prosecutor and abuser of executive power as mayor, many people were relieved to know he wasn't going to the Justice Department. Hillary Clinton would be among them, since Giuliani has continued to insist that she should be imprisoned over her email server "scandal." Unfortunately, the person who's being discussed for the job is just as bad: Sen. Jeff Sessions of Alabama.

Sessions was an early Trump supporter and has earned the loyalty of the new president. He is now considered highly influential in Trump World. He is a former federal prosecutor as well as a former judge, who became the second nominee in 50 years to be denied confirmation to a federal judgeship. As a 2002 article in the New Republic explained, the reasons were not pretty:

Senate Democrats tracked down a career Justice Department employee named J. Gerald Hebert, who testified, albeit reluctantly, that in a conversation between the two men Sessions had labelled the National Association for the Advancement of Colored People (NAACP) and the American Civil Liberties Union (ACLU) “un-American” and “Communist-inspired." Hebert said Sessions had claimed these groups “forced civil rights down the throats of people.”

In his confirmation hearings, Sessions sealed his own fate by saying such groups could be construed as “un-American” when “they involve themselves in promoting un-American positions” in foreign policy. Hebert testified that the young lawyer tended to “pop off” on such topics regularly, noting that Sessions had called a white civil rights lawyer a “disgrace to his race” for litigating voting rights cases. Sessions acknowledged making many of the statements attributed to him but claimed that most of the time he had been joking, saying he was sometimes "loose with [his] tongue." He further admitted to calling the Voting Rights Act of 1965 a "piece of intrusive legislation," a phrase he stood behind even in his confirmation hearings.

That article also mentions a black former U.S. attorney from Alabama who testified that Sessions called him "boy," and that Sessions had joked he thought the Ku Klux Klan was "OK" until he heard that some members were "pot smokers." This is the man that President-elect Trump is thinking of putting in charge of enforcing civil rights laws.

But that stuff is probably not the basis of the bond between Sessions and Trump. What brought them together at the beginning of Trump's campaign was their mutual commitment to anti-immigration policies. In fact, Sessions is an immigration guru in the GOP, having served as a mentor on the issue for everyone from Gov. Scott Walker to Sen. Ted Cruz.

Trump may have come up with the wall, but Sessions is the man with the plan and it's written down in his report called "Immigration Handbook for the New Republican Majority" from January 2015. It's right-wing populist xenophobia in its purest form, suggesting that immigrants are the reason for the loss of high-paying jobs and high "welfare dependency" in America. He doesn't just want to build a wall and end illegal immigration. He wants to curb legal immigration as well.

Sessions is also one of the nation's most ardent believers that the citizenship guarantee of the 14th Amendment should not apply to children of immigrants just because they were born here. Back in 2010, he made this smarmy comment on the issue:

I’m not sure exactly what the drafters of the [14th] amendment had in mind, but I doubt it was that somebody could fly in from Brazil and have a child and fly back home with that child, and that child is forever an American citizen.

No, senator: They had in mind ensuring that all babies who are born in the United States are Americans, period, and that included African-Americans whose parents had been brought here against their will and the children of immigrants whose parents came here willingly. It's not  complicated at all. Needless to say, Sessions was very enthusiastic about Trump's immigration plan (the one Ann Coulter declared "the greatest political document since the Magna Carta") with its call for mass deportation of undocumented workers and the repeal of birthright citizenship.

There are numerous ways in which the attorney general influences immigration policy, from reversing precedents to changing policies relating to asylum, refugees and discrimination. He would, of course, serve as adviser to the president on these matters as well. Reports say that Trump will give Sessions whatever job he wants, just like Giuliani. If the gentleman from Alabama wants to run the Department of Justice, we can be sure that immigrants and people of color are in for a very rough time.