Jon Stewart on why Donald Trump's not unique: "Have you listened to the Nixon tapes?" 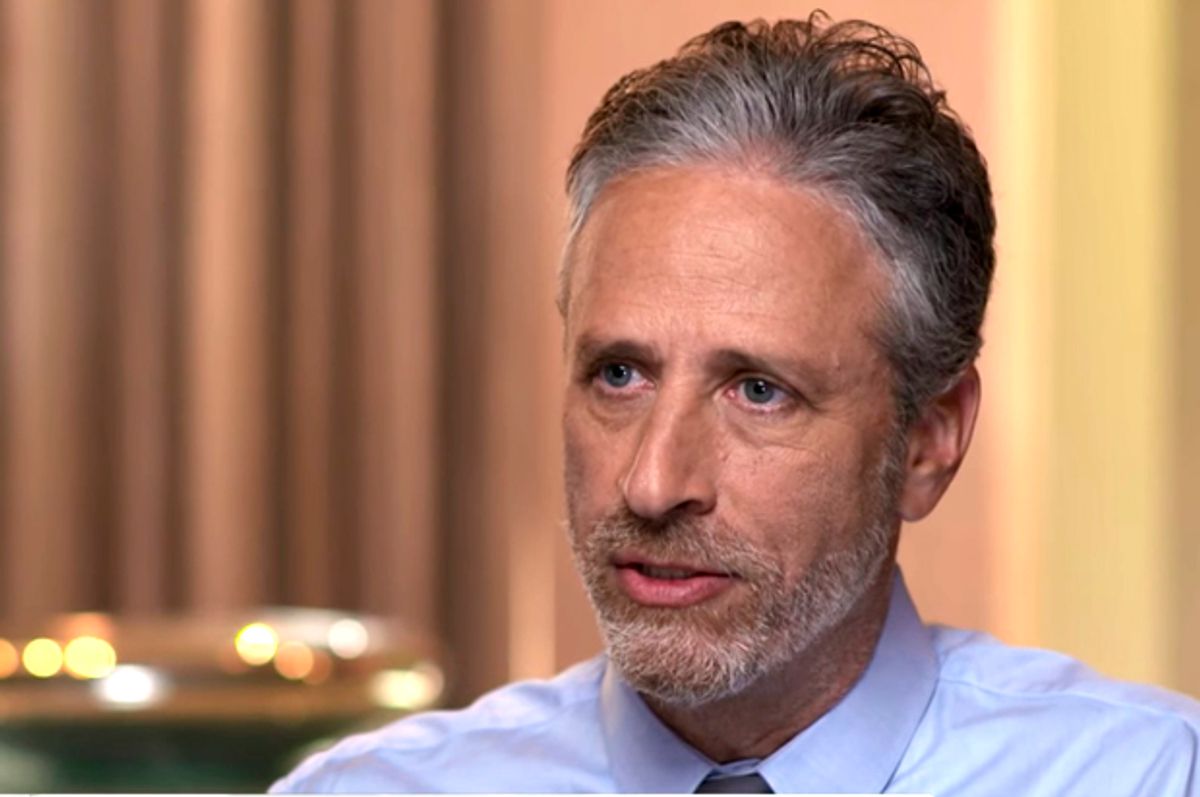 No longer under pressure to produce daily political commentary, former Comedy Central host Jon Stewart offered a take on the election that is sure to offend both conservatives and liberals.

His overall reaction to the Donald Trump victory? Nothing has really changed.

“I don’t believe that we are a fundamentally different country today than we were two weeks ago,” Stewart said in an interview with “CBS This Morning” host Charlie Rose. “The same country, with all its grace and flaws and volatility and insecurity and strength and resilience exists today as existed two weeks ago. The same country that elected Donald Trump elected Barack Obama.”

The former “Daily Show” host also took a slightly different tack from others and argued that Trump’s win was made possible by widespread skepticism toward government and politics, an attitude that he said was deliberately created by Republicans.

“The ultimate irony of this election is the cynical strategy of the Republicans which is ‘Our position is government doesn’t work; we’re going to make sure it doesn’t work,’” he said. Congressional Republicans encouraged the public to believe that government couldn’t solve social problems through their strategy of preventing President Obama from passing his agenda, Stewart argued.

That strategy seems likely to pay off, Stewart argued, even though the previous Trump victory over his GOP rivals ought to be considered a rejection of conventional conservative politics. The former reality-television star, said Stewart, “is not a Republican; he’s a repudiation of Republicans.”

But Stewart also criticized people on the left and he accused some of them of lacking historical perspective in believing that Trump is uniquely terrible.

Seemingly referring to the recent controversy over Trump’s recent decision to hire Stephen Bannon, the former chairman of Breitbart News, as his top strategist, Stewart argued that people seemed to have insufficient historical knowledge.

“You know, somebody was saying, ‘There might be an anti-Semite that is working in the White House,’” Stewart said. “I was like, have you listened to the Nixon tapes? Like, forget about advising the president — the president. Like, have you read [about] LBJ? Do you know our history?”

He also cautioned against formulating overly simplistic analyses of Trump voters’ concerns, arguing that they were no different than stereotypes of various ethnic or religious groups.

“There is now this idea that anyone who voted for him has to be defined by the worst of his rhetoric. Like there are guys in my neighborhood who I love, I respect, that I think have incredible qualities — that are not afraid of Mexicans and not afraid of Muslims and not afraid of blacks. They’re afraid of their insurance premiums.”

Continued Stewart: “In the liberal community, you hate this idea of creating people as a monolith — don’t look at Muslims as a monolith; they are individuals — it would be ignorance. But everybody who voted for Trump is a monolith, is a racist — that hypocrisy is also real in our country."

Stewart added, "And so that is the fight that we wage against ourselves and against each other. Because America is not natural. Natural is tribal. We’re fighting against thousands of years of human behavior and history to create something.”