It's like something caused all this hatred of Jews 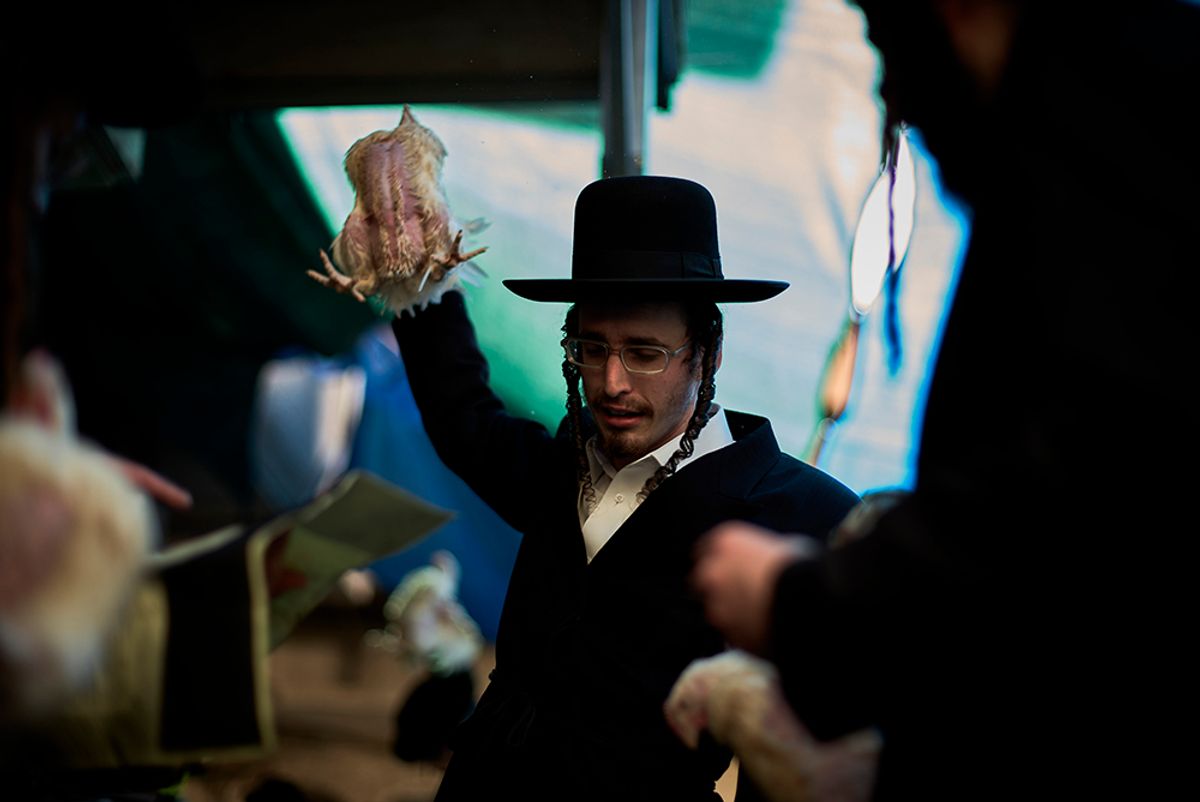 NEW YORK — American Jews gathered Thursday to wrestle with how they should confront an election-year surge in anti-Semitism, a level of bias not seen in the U.S. for decades.

At a national meeting of the Anti-Defamation League, the Jewish civil rights group, about 1,000 people listened to talks expressing shock at the hatred expressed during the presidential campaign and questioned what they thought was a high-level of acceptance by other Americans.

"I'm struggling right now in this American moment," said Yehuda Kurtzer, president of the Shalom Hartman Institute of North America, an education and research organization, in his talk at the event. "I wonder whether I have been — and I think the answer is probably yes — a little bit naive."

During this past year, anti-Semitic imagery proliferated on social media, Jewish journalists were targeted and longstanding anti-Jewish conspiracy theories got a fresh airing. Much of the bias originated with the alt-right, or alternative right, a loose group espousing a provocative and reactionary strain of conservatism. It's often associated with far right efforts to preserve "white identity," oppose multiculturalism and defend "Western values."

In addition to the online intimidation, reports of anti-Semitic vandalism and other attacks have risen. Last week, the day after the election, a Philadelphia storefront was sprayed with a swastika and the words "Seig Heil 2106," which means "Hail Victory," a common Nazi chant, and the word "Trump," with a swastika replacing the "T."

These developments have stunned U.S. Jewish leaders, who in recent years had been more focused on anti-Semitism in Europe and on addressing complaints of anti-Jewish bias on college campuses amid the debate over the boycott, divestment and sanctions movement against Israeli policies toward the Palestinians.

In a sign of the depth of American Jewish anxiety about anti-Semitism, ADL officials said donations to their organization increased 50-fold in the days immediately after the election and a large majority of the money came from first-time donors. Every one of their regional offices reported an uptick in calls from people wanting to donate or volunteer, the ADL said.

"We must not be silent, we must raise our voices, we must act, and to act we must understand what we are up against," said Jonathan Greenblatt, chief executive officer of ADL, opening the meeting in Manhattan.

As the presidential race intensified, Jews started seeing their names bracketed with a series of parentheses in harassing tweets, signaling that the person had been identified as a Jew. The image became known as the Jewish cowbell and its source was traced to neo-Nazis and white nationalists.

The ADL investigated the harassment and found more than 800 journalists had suffered anti-Semitic attacks on Twitter during the election, mostly from anonymous Twitter accounts, although some belonged to white supremacists. In a common example of the reporters' experiences, Jane Eisner, editor-in-chief of the Forward, an influential Jewish newspaper that extensively covered the election, said she received an email the morning after the second presidential debate with an image of a Nazi solder pointing a gun at her head, which was Photoshopped onto a concentration camp uniform.

Donald Trump's campaign came under scrutiny since much of the harassment came from accounts tied to his supporters.

Trump drew direct criticism last July when he tweeted an image of Hillary Clinton's face with a six-pointed star, a pile of hundred dollar bills and the words "most corrupt candidate ever." The star was in the shape of the Jewish Star of David and was widely condemned as anti-Semitic. Trump's campaign said it was a sheriff's badge.

Last month, Trump gave a speech in West Palm Beach, Florida, in which he accused Clinton of holding secret meetings with bankers in a conspiracy to undermine U.S. sovereignty. The ADL said that whether intentional or not, Trump had reflected a classic anti-Semitic theme of Jewish control of banks.

The president-elect's daughter Ivanka, and her husband, Jared Kushner, who is now one of his top advisers, are Orthodox Jews. Kushner has defended Trump against allegations of bias.

The issue erupted anew when Trump announced far-right publishing executive Stephen Bannon as his top White House Strategist. Bannon led the Breitbart website, considered by many to be the alt-right's platform that has been widely condemned as racist, sexist and anti-Semitic. Trump campaign manager Kellyanne Conway called the accusations against Bannon "very unfair."

Some Jewish groups have defended Bannon, including the hawkish Zionist Organization of America. Bernie Marcus, a founder of The Home Depot Inc. and board member of the Republican Jewish Coalition, said in a statement that Bannon was "a passionate Zionist and supporter of Israel." Marcus called the condemnations of Bannon an attempt to undermine the incoming administration. Seventy-one percent of Jews voted for Hillary Clinton, according to exit polls. Greenblatt worked in the Obama administration.

Still, Jonathan Sarna, a Brandeis University professor and historian of American Judaism, said it would be wrong to attribute the criticisms of Trump appointments or his supporters to partisanship. "I don't know anybody who is looking at this in a serious way who says nothing has changed," in regard to the level of anti-Semitism, Sarna said.

"American Jews assumed that anti-Semitism had largely been overcome," he said. "And then all of a sudden, unexpectedly, anti-Semitism of a virulent kind came roaring back."