Donald Trump is bringing torture back: His entire foreign-policy team is comprised of big fans of the worst Bush-era practices

Potential CIA head Pete Hoekstra, like many others around Trump, wants to "work out" a policy for American torture 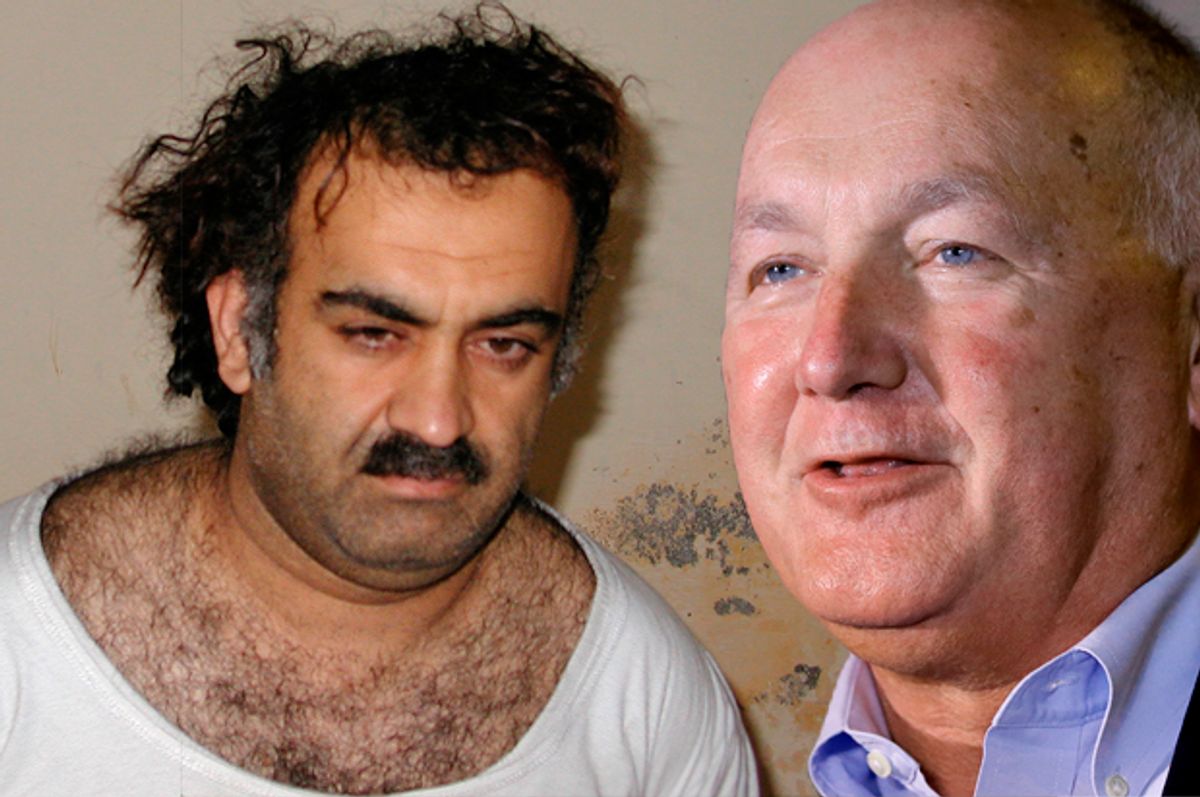 One of the most active conversations these days among political activists who oppose Donald Trump is about the extent to which Democrats should "work with" the new president, considering his white nationalist, authoritarian campaign and the people he has surrounded himself with. It's both a strategic and a moral question, and the potential complications and rewards run in a number of different directions. Salon's Simon Maloy addressed some of the problems in a piece on Thursday.

I tend to be in the "resist across the board" camp because I greatly fear the normalization of the Trump administration. By normalization I mean not only the adoption of his draconian policies and cretinous behaviors as acceptable for leaders in our democracy, but also the abandonment of enduring norms that have kept the whole thing together. You cannot have a civil society based only on laws. People must believe that a basic level of decency and trust exists among our fellow human beings or it just doesn't work. (Brian Beutler explores this subject in depth in a New Republic piece.)

But let's be honest. Trump is not the first leader to break with the norms we all took for granted. Republicans have been pushing that envelope ever since they came into power in 1994 and used their House majority to stage a years-long witch hunt against then president Bill Clinton, which culminated in an embarrassing sideshow of an impeachment over a private sexual matter.

They followed up by seizing the presidency under very dubious circumstances, blatantly using the levers of power, both partisan and familial, to do it. Then came the Iraq war, the most abusive break with norms of all, a deeply immoral decision to use a catastrophic terrorist attack as an excuse to fulfill a long-held, but irrelevant, foreign policy objective. We've been on shaky ground for a while.

For all the broken norms, the one that is the most destructive of moral authority and civilization is the normalization of torture. I still find it stunning that we talk about it matter-of-factly as if this were an argument about whether to fund a highway bill rather than the grotesquely sadistic practice it is. A prohibition against torture wasn't just a "norm." Torture was taboo, something so far outside of our understanding of right and wrong that it was beyond discussion, like pedophilia or cannibalism.

This is not to say Americans never did it, of course. It has happened at the hands of police and prison guards and in war zones around the world. It's an ugly human impulse that's always been with us. But until the Bush administration it had not been officially sanctioned for over half a century, since the Allies tried German and Japanese officers for the torture they inflicted on prisoners of war in World War II. Torture is a war crime under international treaty and a felony under domestic law.

When members of the Bush administration tortured terrorist suspects they didn't admit what they were doing was torture, of course. But it was. They kept it a secret and created an elaborate legal framework to justify it. They destroyed video evidence of it. But regardless of their willingness to commit these war crimes, (based on the advice of amateur hustlers with no expertise in interrogation), they understood that this was a taboo that decent human beings could not countenance. Only former vice president Dick Cheney, the immoral conscience of the administration, boldly asserted that he thought the decision to rely on waterboarding was a "no-brainer," although he, too, insisted it wasn't torture.

And sadly, despite ending the practice upon taking office, President Barack Obama didn't require any accountability for what had happened and the whole question was swept under the rug. Indeed, the administration fought the release of the Senate Select Intelligence Committee's torture report and to this day has kept the full report under wraps. And so it became further normalized — never punished or fully repudiated — leaving it there for someone to come along and pick right up where the Bush administration left off.

Our next president is downright eager and excited to do it. He has proclaimed that he loves waterboarding, and has repeatedly promised to do "a lot more than that" as president. Despite all evidence to the contrary, he has insisted that it works and "if it doesn't work they deserve it anyway for what they do to us.”

Trump has hinted broadly that he would even consider beheading because his primary strategy is to be as brutal as ISIS is to prove we are stronger than that organization. He is a true believer in the practice of torture, and out and proud about it and will tell anyone who'll listen that the America he will lead is a nation that tortures.

He has taken it to even darker levels than that, if it's possible. Trump repeated a tall tale that has swirled around the right-wing fever swamps for years about former general Jack Pershing summarily executing Muslim insurgents during the Spanish-American War:

He took 50 bullets, and he dipped them in pig’s blood. And he had his men load his rifles and he lined up the 50 people, and they shot 49 of those people. And the 50th person he said "You go back to your people and you tell them what happened." And for 25 years there wasn’t a problem, OK?

Trump has promised to "go after" the wives and families of terrorist suspects saying, "I guess your definition of what I’d do, I’m going to leave that to your imagination."

All the names that members of the Trump transition team have floated for national security and foreign policy jobs are open to some form of torture. Rudy Giuliani is enthusiastic about it, as is former U.N. ambassador John Bolton. Former congressman Pete Hoekstra, who is being considered as CIA director, has said he thinks Congress and the administration could work it out. Trump's newly named national security adviser, Gen. Michael Flynn, has been noncommittal about his personal beliefs but said he thinks the president should be able to threaten torture and war crimes as a negotiating stance.

The best you can say is that there is no longer any consensus that torture and war crimes are immoral taboos. There are still people who think it's wrong, of course. But there are also those, like the president-elect or Sen. Tom Cotton, who seem to believe such tactics should be used without restraint. Cotton's comments seem to put thes practices in the category of controversial rather than shocking.

Our new president won the office repeating lurid tales of torture, assassination and mass murder to cheering crowds and promising to deploy those tactics if he won the White House. That's now mainstream political thought in America. But he wasn't the one who started it. We've been watching this slow-motion train wreck for a while. It just finally went off the rails.