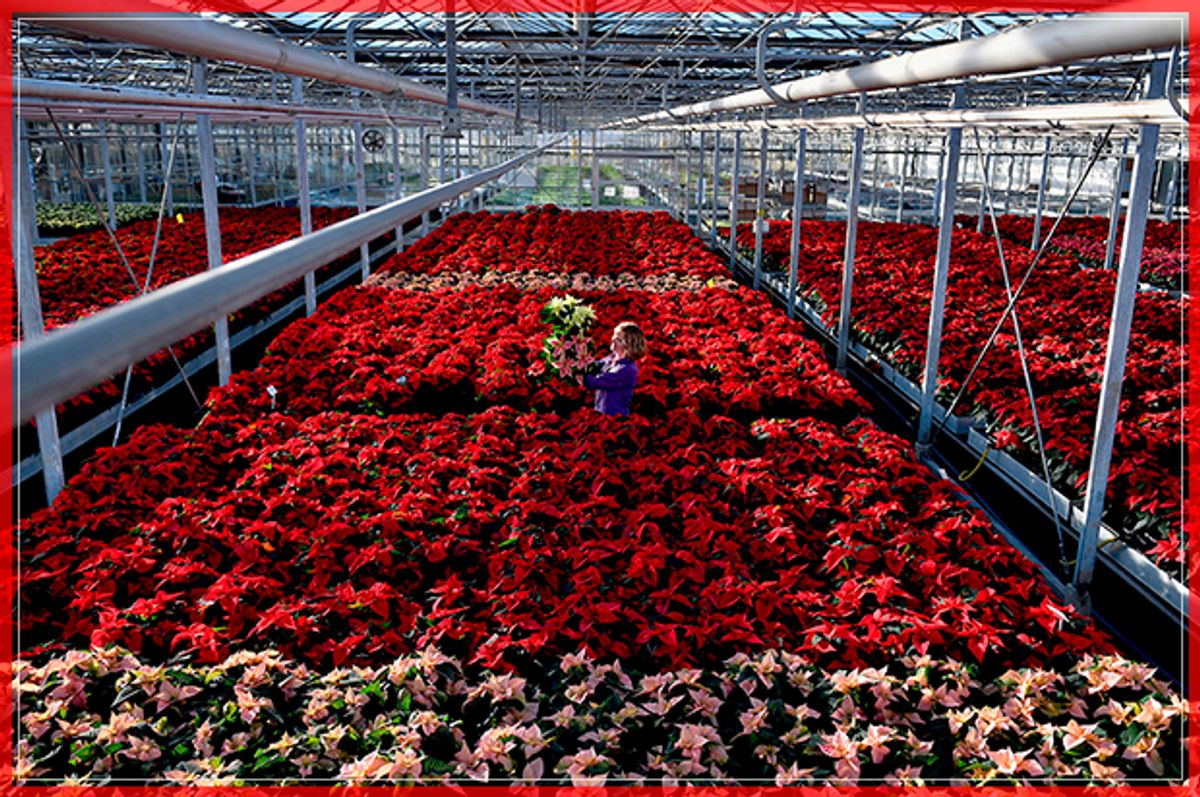 LOANHEAD, SCOTLAND - NOVEMBER 18: Carolyn Spray holds up one of her many Poinsettia plants ready to be dispatched for the Christmas season at the Pentland Plants garden centre on November 18,2016 in Loanhead, Scotland. The garden centre grows around 100,000 poinsettias, a traditional Christmas house plant. The Midlothian business supplies a host of garden centres and supermarkets across Scotland and the north of England in time for the festive season. (Photo by Jeff J Mitchell/Getty Images) (Getty Images)
-- Disappointed. Defeated. Dejected. Hillary Clinton looks incredibly down in this image taken at her first major outing since her stunning loss to Donald Trump last week. I can't help but think how difficult it must be to muster up any sense of leadership in the face of rejection, but many of those seeking to resist a repressive Trump regime may shortly turn back to her for guidance. Where does she go from here? As the first woman to win more votes and not win the presidency, Clinton at least deserves a break.

Loanhead, Scotland   Jeff J Mitchell/Getty
Poinsettia plants are ready to be dispatched and sold for the upcoming Christmas season The Dutch were brought down by Tulip Mania, will pointsettias destroy the Scots post Brexit?

Billingshurst, England   Matt Dunham/AP
A 95%-complete Dodo skeleton is up for auction for the first time in 100 years at the Summers Place Auctions in West Sussex I want a guy to look at me the way this staff member looks at a 17th century Dodo skeleton. Why do the Russians launch rockets from Kazakhstan, you ask? The Soviets didn't think the USSR would ever dissolve when they built the Baikonur Cosmodrome. They were probably thinking the same thing when they gifted Crimea to Ukraine, which is home to the Russian Black Sea Fleet. The Russians certainly never imagined that former Soviet Baltic republics would become members of archrival NATO. Somehow frenemies get along however, and operations to support the International Space Station continue peacefully, despite East-West tensions elsewhere across the globe.