Bobby Moynihan opens up about David S. Pumpkins, Kate McKinnon's "Hallelujah" and "SNL" after the election: "I think it’s both a scary and empowering time" 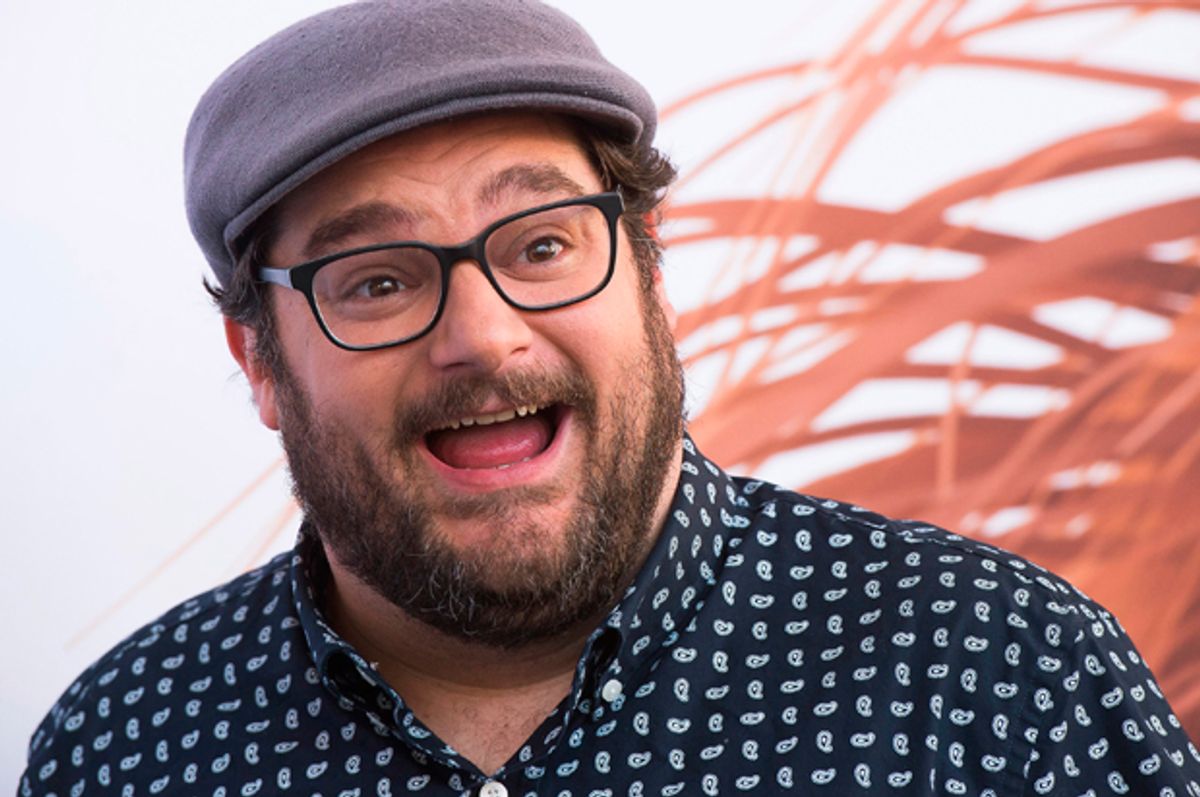 It’s hard to remember a simpler time, when the world rallied around the Chicago Cubs, we were primed for our first female president, and we were introduced to a bizarre Halloween huckster known as David S. Pumpkins. It sounds trite, but the world changed on November 9, when we woke to a divided nation where comedy suddenly seemed inconsequential. Whatever your affiliation, for a moment, Tom Hanks dressed in a pumpkin suit, dancing with skeletons in fright wigs (Bobby Moynihan and Mikey Day), relieved our political tensions and allowed a nation to collectively giggle.

Moynihan, in his ninth year on "SNL," has built a repertoire of highly quotable creations, from the ramblings of a drunk uncle to one of the most unreliable news correspondents in Anthony Crispino. It came as a complete surprise to him that Pumpkins, an idea birthed by Moynihan, Day and Streeter Seidell in a furious early-morning writing session, would take America by storm.

Recently, Moynihan has lent his voice to "Inside Out" and one of the summer’s biggest hits, "The Secret Life of Pets" (Blu-Ray/DVD Dec. 6) as the dopey pug Mel. We caught up with Moynihan to unearth the origins of Sir Pumpkins and how, in the wake of Trump, "SNL" plans to keep America laughing.

How did the oddball character David S. Pumpkins materialize?

Mikey Day, Streeter Seidell and I enjoy writing and working together, and it was kind of an amalgamation of different things. Me and Mikey wanted to try doing something together for the Halloween show. We thought it would be fun to do some kind of spooky scene, and at 5 a.m. we just started writing this crazy thing. I don’t think we necessarily thought it would be anything other than silly. I’m just so glad people liked it.

In terms of tone, did you see Pumpkins existing in the same universe as Larry David’s Kevin Roberts?

Who came up with the dance track and wardrobe?

We were watching some YouTube video of a guy dancing and that song just made us laugh. We were using that song as a basis and then we came up with a sillier, sound-alike version. The song we used is actually samples of mine and Mikey’s voices. We just made goofy sounds into a mic and that was it.

Was it zero-hour when you came up with the sketch? Do you have deadlines for certain sketches at "SNL"?

No, but we’re writing all night long, up until the read-through. Usually everyone writes until it’s time to start reading them. Writing something at 5 a.m. is not necessarily an uncommon practice here. I’ve definitely become a better writer since I’ve been at "SNL," learning from all these amazing writers. I’ve always pretty much considered myself a performer, but writing is an easy way to get yourself on the show.

Drunk Uncle was another 5 a.m. thing. I had written the character and he was going to be a soup salesman or something. I walked into [Colin] Jost’s office and he asked if I wanted to try something for Update. We wrote the first “Drunk Uncle” appearance in 45 minutes.

Does Drunk Uncle come back to haunt you at bars and dinner parties?

I don’t know if "haunt" is the right word. I’m not a big drinker myself but a lot of people send me pictures of people they think look like Drunk Uncle. Other than that, it’s just been really funny.

Was Tom Hanks into Pumpkins from the start or did he question it?

I think everybody questioned it. [Laughs] Tom Hanks is a very kind and wonderful man, but he definitely might have been a little confused as to how Pumpkins might work. In our minds it was like, the door is open. We do a weird thing and then doors close. We just hoped somebody would like it. Thankfully, people did.

Do you get nerves right before going live? With Pumpkins, was there a pronounced, sinking feeling that the sketch was not going to work?

I don’t think any of us were thinking it wouldn’t work. It was more like, “This is exactly what David Pumpkins is.” We’re part of it and we’re doing it together.

After the air date, we had a week off for Halloween and I just spent that time recovering from four weeks of "SNL." I kind of slept through the first few days of David Pumpkins hype. I woke up to a lot of Pumpkins Halloween costume pictures and was really excited that people liked it.

Where did you find the Pumpkins suit? Was that in wardrobe?

We said to the "SNL" wardrobe department, “Go to Party City and get the cheapest thing you can find.” I don’t know if the suit specifically came from Party City, but we definitely wanted the cheapest thing. The wardrobe department is phenomenal and all we said was, “Try and find a suit with pumpkins all over it.” The skeleton costumes cost maybe 20 bucks combined. All the other costumes for the night were these lavish productions and we just wanted to look pretty trashy.

Who came up with the "¡Ay, papi!” line during the skeleton dance?

That was a late addition. It was basically me asking, “Would that be weird?” Yeah, it was definitely weird.

Have you been experimenting with voices since you were a kid? Was that your way to crack people up?

Not really. I was more into doing silly characters and finding the humor from there. As far as different impressions or voices, there are people out there who are just incredible mimics and I have a hard ear for that. Working with people like Jay Pharoah and Darrell Hammond and seeing their process has helped me a lot.

Who was the most intimidating comic personality in "The Secret Life of Pets?"

I’ve had some interaction with Dana Carvey over the years through "SNL," and he’s just the kindest, sweetest, funniest man, so that was never a problem. I walked past Albert Brooks once, way before becoming involved in "The Secret Life of Pets," but unfortunately, we didn’t have much interaction while recording. If I ever had the chance to sit down with him, I would thank him for his early work on "SNL" and just be extremely glad that I had the chance to meet him. He’s a genius.

Is comedy something that can be taught or do you have to be born with it?

It’s definitely something that can be taught, but whether you’re that great at it afterwards is another story. But if you’re born with it, you could have Will Ferrell read an obituary and it would probably be funny. I was an improv teacher for a while at Upright Citizens Brigade and people would ask the same question: “Can it be taught?” There’s a structure to improv that you can learn that will help you think differently. Working with other funny people inherently helps you be funnier because your thinking is sharper. I don’t know if you can teach someone to become a comedic superstar. If that’s what you’re trying to set out to become, it might not be the best career path.

Were you a bigger kid growing up? Did you use humor as a defense mechanism?

I was actually a fairly thin child, but it's always been a defense. We all use comedy to cope.

Was the energy the night of Dave Chappelle hosting something palpable? Perhaps more charged than anything you had experienced on the show?

Most definitely. There’s always these moments in the studio where I think to myself, “I’m part of something that’s much bigger than me.” This show has been around forever and it feels great to be a part of it, but in my nine years here, apart from the 40th Anniversary and a couple personal moments, I can’t think of a more exhilarating moment. I wasn’t in the show that much, so I just found myself standing in the studio, watching it happen.

Did you get a chance to talk to Kate McKinnon before the cold open? Was she nervous?

I don’t know if nervous is the right word, because Kate’s a machine. She could paint a fence for an hour and it would be entertaining. She can handle anything.

Is this a scary or empowering time at "SNL?" Are the satirical fangs going to grow sharper?

I think it’s both a scary and empowering time. It was definitely a hard week, but our job is just to try and make people laugh. In terms of satire, there's a lot of very smart and amazingly talented, funny people who work here. We have a job to do and we’re going to do it.