"Obamacare saved our family": Affordable Care Act has helped millions of Americans, including my daughter

Obamacare is far from the solution to our complex health care system, but repealing would leave millions uninsured 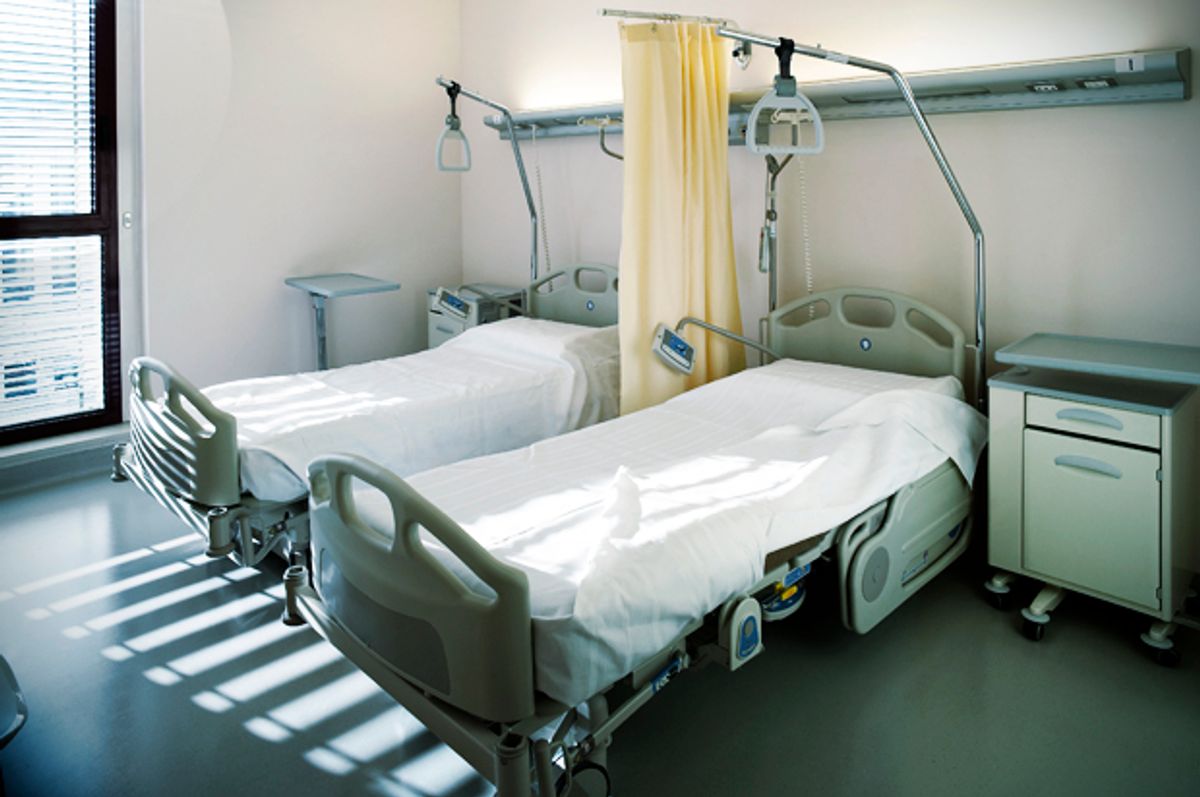 Watching the results of the 2016 presidential election unfold, I was struck with the immediate fear that this will likely bring about the end of the tumultuous ride that was the Affordable Care Act, also known as Obamacare.

Obamacare is far from the solution to our complex health care system. We all have seen the projections regarding how much costs are going up — 116 percent in Arizona and above 50 percent in six other states. I personally know several individuals and families who, given this hike in cost, are going to make the tough choice to take the penalty and live in the risky world of the uninsured, because they cannot afford their new rates. This is unacceptable and was the whole impetus behind the Affordable Care Act.

I understand why many Americans are frustrated and express the desire to blow up the system. But let’s not make the folly of forgetting all of the amazing steps forward that this legislation made possible. No longer could insurance deny coverage or hike up costs because of pre-existing conditions. No longer could chronically or catastrophically ill patients reach lifetime maximum payouts. More than 20 million Americans gained coverage who did not have it previously. Medicaid was expanded and numerous waivers helped families avoid the financial strain of medical costs, particularly poor Americans (if their states accepted it).

When these features are spelled out, it is hard to imagine why anyone would want to repeal the Affordable Care Act without a viable alternative. And that brings me to my family.

In February 2014, my wife and I welcomed our first child to the world. In the first days of her young life, our daughter Juniper appeared to be perfectly healthy and happy. And then we took her in for her initial two-week appointment. What started with the pediatrician noticing her breathing was slightly deeper than normal quickly turned into our daughter being admitted to the hospital and on the verge of death within days. She was diagnosed with dilated cardiomyopathy, a relatively rare heart condition in which the heart is structurally fine, yet does not function as it should. This causes the heart to work much harder and become increasingly larger and more ineffective.

After unsuccessfully treating it pharmaceutically, it was determined that our three-week-old daughter would require a heart transplant. For the next six months, we lived in the hospital and waited for a matching heart to become available. Our daughter made it this long because she was surgically attached to a giant live-saving machine, the Berlin Heart, which pumped blood for her failed heart. She eventually received her transplant and is now living the relatively normal life of a toddler. Unfortunately, a transplant is not a cure, and she has to take numerous prescriptions daily and will need another transplant at some indeterminate time in the future. The pain of knowing the reality and existence our daughter faces hangs over me and my wife every day.

The pain I haven’t been forced to feel, though, is the pain of the financial strain that traditionally comes with devastating medical diagnoses in this country. Juniper’s medical bills throughout the first year of her ordeal totaled more than $3 million. Because of Obamacare and the fact that we live in a state that embraced it, she qualified for a Medicaid waiver. Once this waiver came through, our financial burden was mostly lifted. Additionally, we did not have to worry about the fact that she might not ever get covered, or be forced to pay ridiculous premiums, or hit a lifetime maximum payout within the first few months of her life. The donor, donor’s family, doctors, nurses, specialists and medical technology saved our daughter. Obamacare saved our family.

Juniper, like many people across this country, did nothing to bring this condition upon herself. Through testing, we discovered that she had a completely random genetic mutation that caused her cardiomyopathy. My wife and I do not share the same mutation. There’s no way we could have known about it or prevented it. Through sheer bad luck, Juniper entered this world with the cards stacked against her. I am a teacher. My wife recently became a nurse. Like most Americans, bills totaling $3 million and vital medications that cost $1,000 a month would bankrupt us — particularly because one of her prescriptions isn’t generic and another is a compound, which allows her insurance not to cover either of them.

I have to think that most Americans want to keep these aspects of the ACA. While we never anticipate medical catastrophe to land on our doorsteps, it can happen to any of us. One takeaway from spending half a year living in a children’s hospital is realizing how many families face the reality of chronic or terminal illness. I have to believe that nobody wants to see them lose everything while dealing with tragedy. To ensure that we keep these things, there must be a feasible and viable alternative in place.

If Obamacare is repealed without setting up an alternative that places similar regulations on the health insurance field, what is to stop insurance companies from returning to the same nefarious, calculated practices of denying coverage or payment that prompted President Obama to act? What will families like mine, and those who are less fortunate, do if the Medicaid expansions and waivers disappear? Even if something as seemingly innocuous as the personal and employer mandate — which is actually what earns the most scorn from the ACA’s opponents — is scrapped, that would render Obamacare financially insolvable, as many more millions of Americans would simply choose to leave the system, placing the financial burden on fewer people.

Whatever route is taken in the months after President-elect Donald Trump takes office will give us all insight into what kind of leader he will be. In the recent past, he has advocated for a single-payer government-provided health care system. However, when pressed on it during the primaries, he disavowed that notion. He has proposed changes as simple as allowing for insurance trades to occur across state lines, which probably wouldn’t be enough to satisfy the Repeal Obamacare crowd. More recently, once news of the 2017 rate hikes hit, his talking point moved to unequivocally dismantling it. In which case, he will instantaneously cause conceivably millions of his voters and their family members to lose coverage. Simultaneously, he will further ostracize Hillary Clinton voters, who boast a 71-percent approval rating of Obamacare. GOP senators and representatives will also show us if they really think their constituents want Obamacare gone, or if their repeated efforts to repeal it were political theater aimed at pandering to voters while banking on the knowledge that President Obama would always veto their efforts.

Meanwhile, I, like many of my fellow Americans, may be on the cusp of financial ruin, simply for trying to keep my two-year-old daughter alive.