"How do I kill ISIS?" Alec Baldwin's Donald Trump now has to deal with his promises

Kate McKinnon's Kellyanne Conway has so many regrets 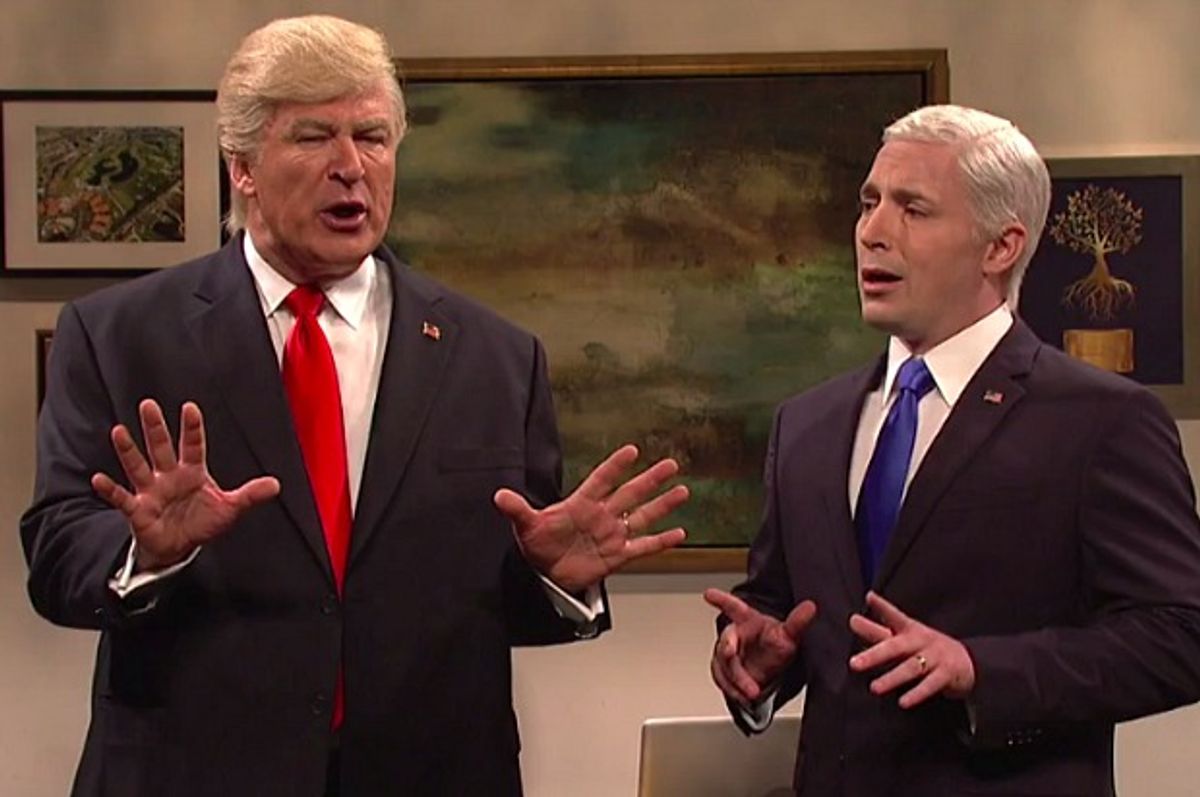 Kate McKinnon rocked the Kellyanne Conway fright wig and expression of dread and regret on the "Saturday Night Live" cold open last night as she ushered in a series of guests to meet with President-elect Donald Trump (Alec Baldwin) and express their enthusiasm for seeing his wildest campaingn promises all come to fruition.

The result? Trump frantically googling ISIS  (wouldn't he make Barron do it?) and entertaining — for a long, silent moment — the possibility of bringing Mitt Romney (Jason Sudeikis) aboard his administration.

Bobby Moynihan played a campaign chair from western Virginia who expects Trump to restore all of the jobs that have left his county. "Every single one?" Trump asks, his face a rictus of panic and confusion.

"Hell, if you can build a wall that’s two thousand miles along the Mexican border, I'm sure you can," the chair enthused.

Beck Bennett's Mike Pence oozed through the office to update Trump on the status of some of their bigger dreams — jailing Hillary Clinton, deporting 11 million undocumented immigrants and repealing Obamacare. Trump, for his part, called Pence out for getting booed at "Hamilton" Friday night.

"I love you, Mike," Baldwin grunted. "You’re the reason I’m never going to get impeached."

Watch the full cold open above.