Behind the pyramid schemes: Broken families in struggling communities

"Multilevel marketing" schemes often prey on the poor and leave a trail of ruin behind. I've seen it up close 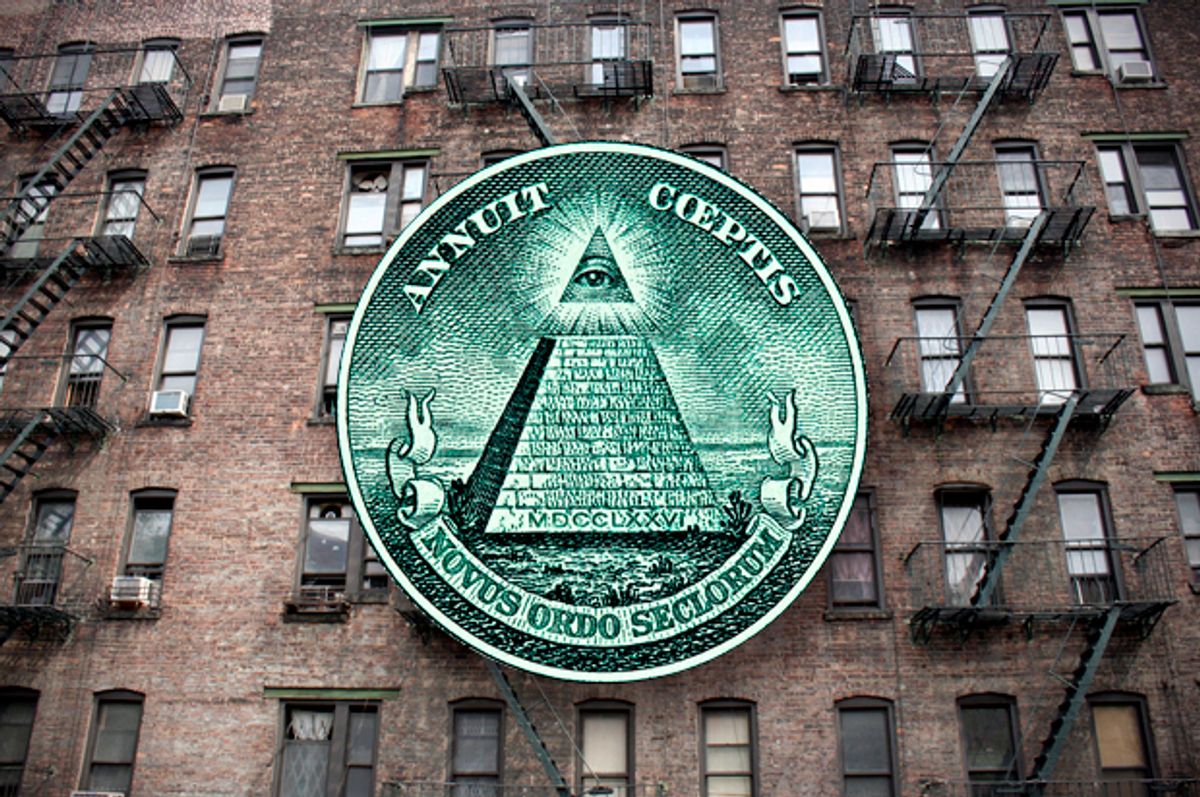 A couple of weeks back on his show "Last Week Tonight," John Oliver attacked a diverse collection of pyramid schemes. The takedown was great -- more people are definitely aware of these toxic industries, which is a good start. Now let's work on getting them shut down, because they have preyed on the poor for as long as I can remember.

“Yo, I got a gig as a personal knife salesman! It’s easy money, the easiest money you can ever make!” That was Sean, in the hallway after homeroom. We were skinny, teenage and in poverty.

Sean, who was 18, two years older than me, was approached by a white guy with sandy-colored hair, a suit and a briefcase. He represented a company called Vector that sold kitchen knives -- the best kitchen knives, according to Sean -- and recruited Sean as a salesman. And why not? Sean was young, a great communicator, energetic and from the 'hood, which can make one practically immune to rejection – an attribute that could pay great dividends in the world of sales.

“Why do you have to push them on the streets?” I asked. “Why can’t they just put you in a store?”

Sean looked at me like I was crazy, “No, dummy -- we are a direct marketing company! There’s no middleman around here. Stores cost too much money. With less overhead like the light bill and all, the company can afford to pay me more. And I don’t have to wait for customers to walk in. I can hit the streets and move knives whenever and wherever I want!”

I asked him how much he made, and he said, “That’s the beauty of the job: My pay is based on the amount of product I move! According to my manager, I’ll be rich by the time I turn 19! As long as I hustle!”

Sean could hustle -- he’s so slick he could probably sell Confederate flags at the Million-Man March if he wanted. He snapped on a pinstripe clip-on and pushed those knives on teachers, coaches, parents, grandmas – basically the whole projects. Everybody was buying or financing overpriced knives. It seemed like he was in line for some big commission, but it never came. I remember him sitting on the basketball court one day saying that he'd made that company thousands but never cleared more than $100. I don’t have the actual paperwork to document this, but my mom still has a few of those knives.

Today Sean works for the school system, I reached out to ask about his experience in direct marketing and he simply said, “Fuck Vector.”

Oliver's takedown of these multilevel-marketing, pyramid-scheme-like systems referenced companies like Herbalife, Amway and Mary Kay. He talked about the same things that hooked Sean -- fast money, full-time pay for part-time work, the promise of financial freedom and the possibility to advance with little or no education or skills, other than supposedly being special. These companies seek out kids like Sean and tell them that they are special,­­­ better than their peers, because they’re brave enough to take their destiny into their own hands and take the road less traveled in the quest to be independently wealthy.

John Oliver's segment was dead-on, but he missed the divisiveness that these companies bring to urban families and communities.

My cousin Paul pulled up on our block one night with a stack of fliers, books and brochures about a company selling prepaid legal services. The company gave you around-the-clock access to a lawyer, based on the level of service you subscribed to. “Prepaid Legal -- it’s the new wave!" he said. "Say it with me guys, Prepaid Legal! It’s going to be required in the U.S. soon, and I’m gonna be rich in under a year!”

The money never came. Paul actually went broke because he slacked at his real job, lost it and spent his savings helping other people sign up to the pyramid, thinking that they’d be motivated to get him sales and he’d build that residual. What he didn’t consider, as most people caught up in these scams don’t, is that they're almost always pushing a product that no one wants or needs.

When he failed, he blamed us, saying, “Y'all are like crabs in a barrel. You didn’t support me and that’s why my business failed!” Like a bunch of 18-year-olds needed call-center lawyers on retainer.

My friend Larry fell victim too. He and I used to hoop at the Maryland Athletic Club. There we met Miko, an older light-skinned dude who could hit a jump hook from anywhere. We’d crack jokes between games, poking fun at everything -- race, class, politics, whatever.

“You guys got that special thing. You wanna make some real money?” Miko asked us before a pickup game. “Big boy shit, like real money?”

I was always leery around that time­­ -- anything that sounded scam-like freaked me out. It was years after I'd stopped selling crack, but I still maintained the nervousness that came with the drug game. I was committed to flying straight, and was also going through my own issues with my immediate family. I picked up a ball and dribbled down the court as they continued their talk. Larry was smart like Sean, ambitious like Paul, newly unemployed and impressed by Miko’s Benz and the idea of instant social mobility.

“Yo, you see his whip?” Larry asked me on our way home from the basketball court.

“Bro, I want one. I’m slinging with his company! And you should too.”

Larry went on to tell me that the company was called ACN, and focused on everything from cheaper gas and electric bills to better cell phone rates -- but they specialized in video phones that only worked when connected to Ethernet cables, as if Wi-Fi didn’t exist.

“Why would I want a video phone that plugs into a wall? I asked. I told Larry about my cousin Paul. Larry went against my advice and dove into ACN neck-deep. He was driving back and forth to conferences in North Carolina, switching all his bills over to ACN's recommended companies, and living and breathing ACN rhetoric.

“D, you gotta sign up!” he begged me. “We could be millionaires in minutes!”

Like Paul, Larry stopped selling those products shortly after he realized that he’d never really see a check. And he blamed us­­ -- us being me and the rest of the people from the neighborhood who didn’t want video phones, because we already had iPhones that came with FaceTime. He became bitter and fell out of the loop for a while.

Thankfully I was able to save some of these relationships, but what about the damage done to so many families who split up over these fake companies? America is supposed to be about moving forward, but allows these ripoff industries to exist while real jobs get replaced by robots and sent overseas. Pyramid frauds infiltrate poor communities and delude misguided individuals, suck up their money, get sued and then open up similar companies that perform the same crooked functions year in and year out. Now that we have decades of experience with these pyramids, let's cancel them­­. Don’t we have enough to deal with?