Because they both belong to the Republican party, and...well, after that his analogy starts to break down a bit 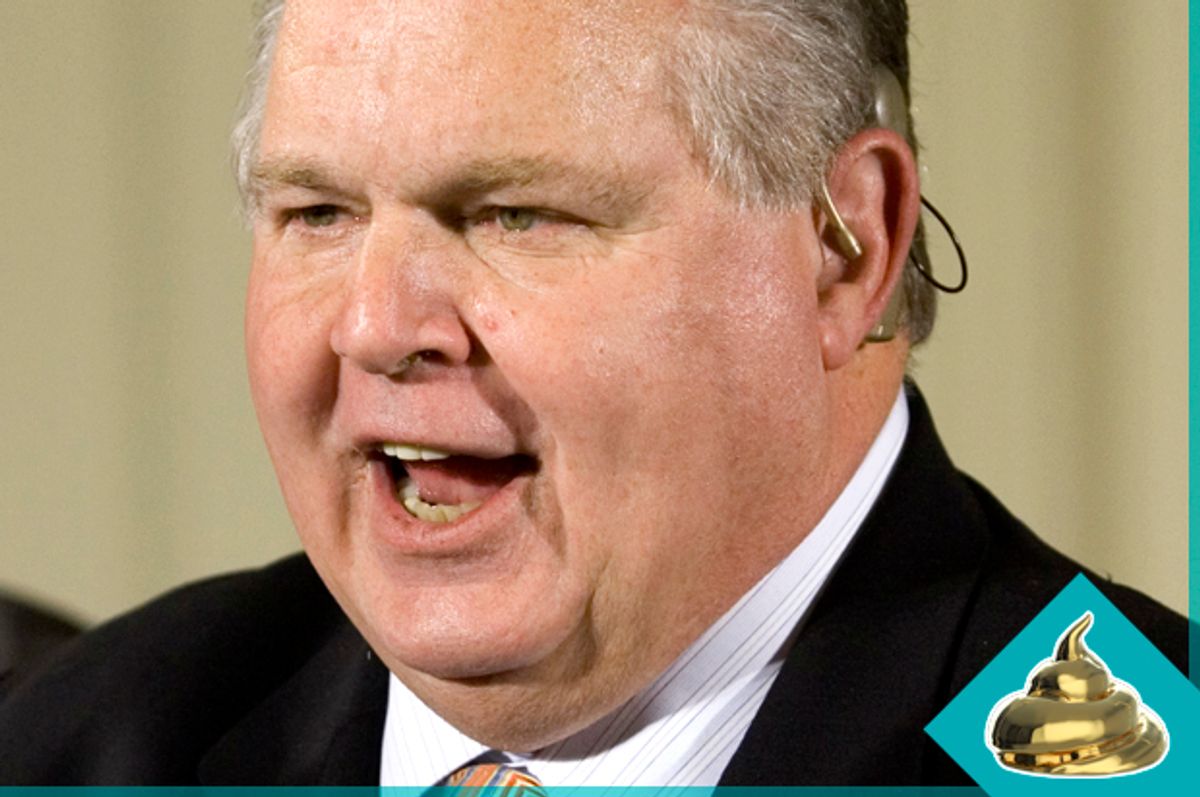 "Democrat actors have been attacking Republican elected officials in theaters -- I don't know, what, since 1865. The first known instance of a radical leftist Democrat actor attacking Republican elected officials -- John Wilkes Booth assassinating Abraham Lincoln. Ford's Theater in Washington, 1865. So these guys in Hamilton are following in what I'm sure they consider to be a rich tradition."

On Friday night, VP-elect Mike Pence attended the broadway show "Hamilton" with his family. At the end of the musical, Brandon Victor Dixon, one of the stars , gave a speech directed to Pence, asking him and Trump to govern for and protect "all of us" (read: not only straight white American men). Despite having three full days to think it over, Limbaugh went ahead and made this idiotic and insulting comparison.

Limbaugh is basically comparing the assassination of president Lincoln by a confederate actor who opposed the abolition of slavery to an African American actor asking that the rights of minorities (for which Lincoln fought, in case you forgot) be respected and protected. So basically, NO, NO MERIT AT ALL. While, yes, both things happened in a theatre, in the first case, Lincoln died FOR protecting minorities; Pence and Trump's rhetoric has been nothing but an attack ON minorities. The irony! But hardly shocking, coming from Mr. Limbaugh.

Limbaugh is something of a legend in the world of right-wing, conspiracy-theory bullshit flinging. But just to give you a few examples (and please, leave all sense of logic at the door), he once argued that NASA finding water in Mars was part of a "Climate Change conspiracy," only to add the next day that NASA had "been converted to Muslim outreach." Oh, and as recently as a few days ago, he criticized the left for looking to go to Mars to condemn capitalism and the American way of life.