California, Nevada and Washington set the example for gun control this year

On Nov. 8, the states passed ballot initiatives that restrict the sale of firearms in some way 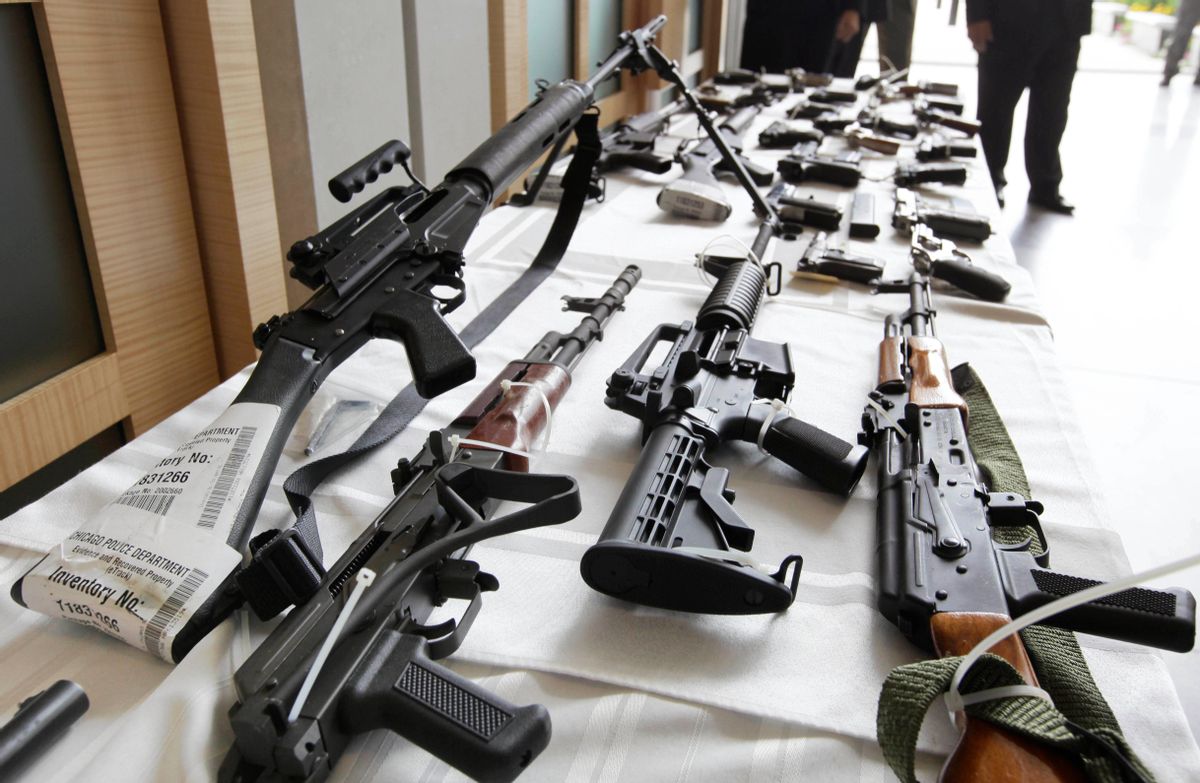 FILE - In this July 22, 2010, file photo, various guns are displayed at the Chicago FBI office. A new poll shows most young adults across racial and ethnic groups support tighter gun polices including background checks, stricter penalties for gun law violations, and banning semi-automatic weapons. In the new GenForward poll, about 9 in 10 young adults say they support criminal background checks for all gun sales, a level of support that remains consistent across racial and ethnic groups.(AP Photo/M. Spencer Green, File) (AP)
--

About 1.5 million people have been shot by a gun, 468,758 fatally, in the United States over the past 15 years. The majority, nearly two-thirds of gun deaths, are suicides; more than a third are gunshots due to assault.

With little action from the federal government on gun control, states have stepped into this void, passing legislation including laws that attempt to fill the background check loopholes in federal law.

On Nov. 8, California, Nevada and Washington passed ballot initiatives that restrict the sale of firearms in some way. We’ll take a look at what do these new laws do, and whether they might lower the toll of firearms violence.

Proposition 63, or the “Safety For All Initiative,” which voters approved on Nov. 8, bans high-capacity ammunition magazines, deems gun theft a felony and requires both owners and sellers to report if their guns are either stolen or lost.

Proposition 63 also disqualifies people with a history of gun theft from owning a gun and creates a system to confiscate guns owned by felons. It also requires people to obtain a four-year permit and to undergo a background check to purchase ammunition. These requirements will be phased in over the next few years.

It bolsters bills signed into law by Gov. Jerry Brown in July 2016 requiring background checks for ammunition purchases, limiting magazine capacities and restricting lending of firearms. Under those bills individuals and businesses must obtain a one-year license from the California Department of Justice in order to sell ammunition. The legislation also requires sellers to conduct background checks of purchasers with the Department of Justice.

California is unique in passing such comprehensive ammunition regulation. While there several other states that regulate ammunition sales and transfers, their laws are not as extensive as the ones California passed in July and November.

Given that there are enough guns in the country to arm each and every resident, ammunition regulation may represent a sensible alternative to regulating firearms themselves.

There is overwhelming public support for requiring universal background checks, regardless of who is conducting the sale. However, repeated federal efforts to make background checks comprehensive have met with resistance.

As of 2016, eight states and the District of Columbia require background checks for all type of gun sales and transfers including private and unlicensed transactions.

Maine’s Question 3, which was defeated, would have required background checks before sale or transfer of a gun between those who are not licensed to sell firearms, such as private and online sales, and unlicensed sellers.

Nevada’s Question 1, which was narrowly approved by voters, requires that an unlicensed person who wishes to sell or transfer a firearm to another person will have to conduct the transfer through a licensed gun dealer who has to conduct a background check. Temporary transfers and transfers between immediate family members, for example, are exempt.

This licensed dealer will be allowed to charge a “reasonable fee” for his or her service. A violation of the law will be considered a gross misdemeanor, with a fine up to US$2,000, or up to one-year imprisonment after a trial by jury, or both.

In 2014, voters in Washington state approved Initiative 594, which requires background checks to be run on every person buying a gun, regardless of the type of purchase.

Voters in the state just passed Initiative 1491, which allows a family member or members of law enforcement to file a petition to determine whether a person who possesses a gun poses a serious threat of violence to himself or herself, or to others.

Once a petition is filed, the court will notify the subject and a hearing will be held. A judge may issue an order to restrict the person’s access to firearms for up to one year, or refer the person in crisis for evaluation to receive necessary help, or both. The restriction order would last one year and can be renewed annually.

The premise of the initiative is that family members or law enforcement are often in the best position to see warning signs of violence.

Will these laws have an affect on firearms violence?

In May 2016, we published a study in The Lancet evaluating the effect of different types of firearms legislation have on gun deaths. In our analysis we found that background check laws, similar to the ones recently passed in California and Nevada, can reduce firearms mortality.

While our analyses were very much preliminary, they provide early hope that some of the new legislation may, in the next few years, lower the burden of firearm violence in these states.

Laws like these could, at least in theory, pave the way for comprehensive federal-level background check legislation for both firearm and ammunition purchases covering all unlicensed and private sales.

But federal action now seems unlikely given the election of Donald Trump. This makes state-specific regulation that much more important in mitigating the firearms epidemic.