Earning my EMS passage: All EMTs have one day that changed their lives — this was mine

The city bus was soaked with blood, the patient was fading fast, and the first cop who showed up puked 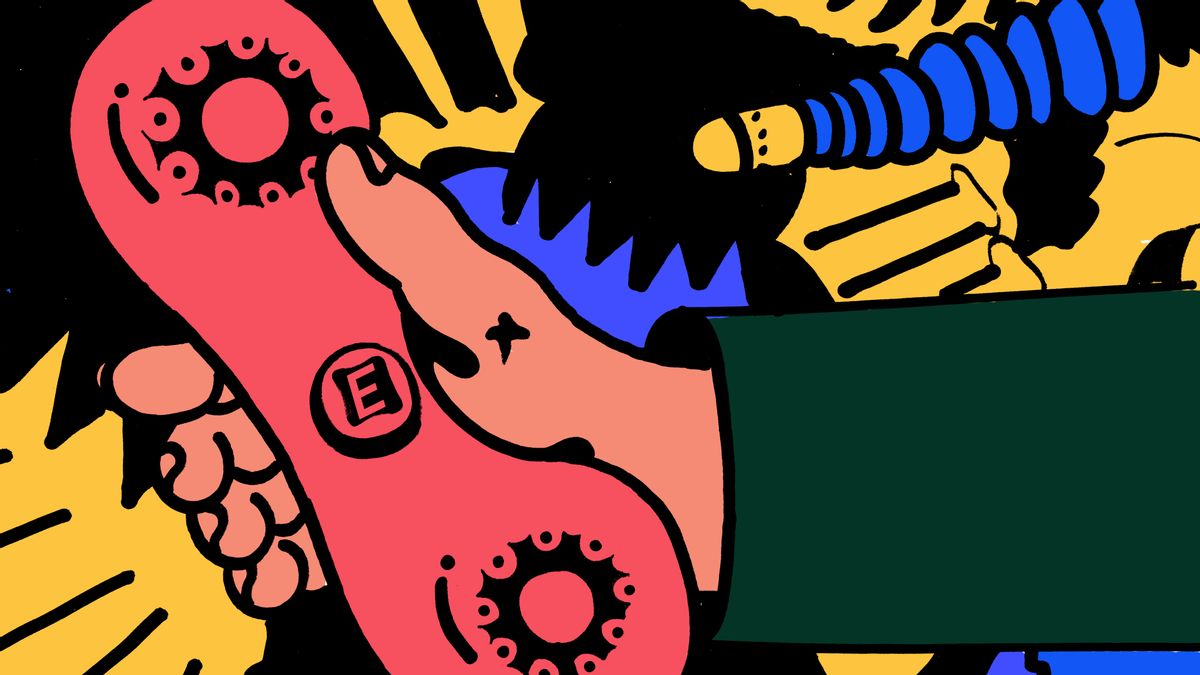 More from Narratively: “The day I realized I could never make my mom grow up"

“I’m scared too.” The words were out of my mouth before I could stop them.

“I don’t want to die,” the woman said faintly, dropping her gaze to her leg. “Please don’t let me die.”

More from Narratively: “This transgender bodybuilder is crushing barriers in Vietnam"

I waited for her to look into my eyes again, partly because I didn’t want her to see that I, my partner and the entire floor of the bus were now covered in her blood.

A few minutes earlier, she had left a dialysis center and stepped onto a city bus. Her dialysis port caught on one of the seats and ripped out of her leg, cutting into her femoral artery and spraying blood everywhere. The driver spotted my partner and me — we work as EMTs at the hospital where the dialysis center is located and happened to be nearby — and we followed him back onto the bus, armed with nothing but a few gauze pads. We didn’t have the code to open the door to the dialysis center. As EMTs, we only had the code for the ER on the other side of the building, which might as well have been ten miles away. If we couldn’t get her there, she was going to die.

She slowly nodded her head, tears streaming down her face.

The blood dripped down the steps of the bus and onto the street, melting the snow where it fell. You could almost taste the iron in the air. My boots and uniform were covered in blood.

The woman slowly faded into unconsciousness. My hands were now covered in blood. They felt slippery, and my upper arms were beginning to get sticky as the blood started to freeze. My partner intubated her and began bagging her; the bleeding hadn’t stopped. I tightened the tourniquet.

I was the last person in line to use the commercial tourniquet. We were halfway through an EMT class that ran from nine a.m. to nine p.m., a 12-hour shift designed to simulate actually being on the job. That’s one thing that I valued about my college’s EMT program. They kept things realistic. The first day of class our instructor had showed us gruesome videos of car accidents. He showed us videos of people assaulting EMTs and paramedics. He told us exactly how much we would be making: minimum wage for the average EMT, $12 an hour for paramedics, if they were lucky. We lost eight students that day.

“Now, I’m going to tell you this,” he said about the tourniquet. “The first time you have to use one of these will haunt you for the rest of your life. If someone is bleeding that much, their odds are not that good.”

Calling X over the radio meant shit just hit the fan. The last time X had been called over the radio was because an ambulance crew had gotten into a car accident. Both EMTs had been in critical condition. The time before that, a crew was being held at gunpoint. It would broadcast our location to every available police, firefighter and EMS agency in the area, and help would arrive within seconds. At least, that’s what we hoped. There weren’t that many cops, or firefighters around.

I reached for my mic.

“Bravo 011, I have your location via your rig, is that accurate?”

My skin was crawling. Chills were running down my spine.

The call went out immediately.

“All emergency personnel able to respond, please respond. Bravo 011 is in need of assistance.”

“She’s not breathing,” I shouted, moving my hands from the tourniquet to her chest to start compressions.

I shouted simply because I had no control over my body anymore. My body was pumping so much adrenaline into my veins that I felt like I was on fire.

January 2014 — Chest compressions are hard to do. Sure, the mannequins that we all practice CPR on are a nice rubber texture. Nothing cracks, nothing breaks. Real CPR is terrifying. You’re pumping on someone’s chest and suddenly you break all of their ribs and their chest doesn’t rise back up after you’ve been pushing on it for so long. There is a blank, empty look in the person’s eyes and you can see that there is no soul in that body anymore.

On my very first clinical, a call went out over the PA for all students to report to the resuscitation room. This was a hospital in downtown Detroit, where people don’t go into the res. room unless they are dead or very close to it. They brought in an older man, a man who was very much dead. They stopped CPR long enough to register that there was no shockable heart rhythm on the cardiac monitor, and then the students stepped in, each of us getting our chance to practice on the corpse. I was excited and afraid at the same time. When it was my turn, I stepped onto the stool, placed my hands and pushed. It was nothing like pushing on the mannequin. I had to work so hard to press down that I couldn’t get into a rhythm.

“OK kid,” said a nurse. “Push hard, push fast, get a good rhythm going. Think of a song that you like, like an upbeat song. Sing it in your head, and your compressions should line up with that.”

From that moment on, I have been complimented many times on how good my chest compressions are.

“Oh my god,” said the first police officer to step onto the bus. She promptly turned around and vomited all over the sidewalk. Another officer got onto the bus, his movements causing the blood to ripple like a wave. He stood frozen for a moment, then sprang into action.

“What needs to be done?” he asked.

“We need our stretcher out of the rig, now!” I was still shouting, there wasn’t anything I could do about it.

“Put it by the wheelchair ramp,” said my partner, beginning to look green. “We will wheel her onto it and lower it to the ground, then we can move her to the ambulance.”

I kept pumping as they lifted the woman and moved her down the aisle of the bus, out the door and onto the stretcher.

“Let’s move through the building instead,” said the cop. “It will be faster.”

“Shit, no,” she said. She turned to her partner. “Run into the dialysis facility and find a nurse. They should have the codes.”

The other cop ran off. We strapped the woman onto the stretcher, and the smallest medic that I have ever seen jumped onto the cot with the patient, straddled her, and began some excellent chest compressions. She stayed like that throughout the bumpy ride through the building and into the ER doors. Doctors and nurses rushed to our aide. We went into the trauma room, transferred her to a bed, and stepped back.

There was nothing more that we could do. My partner and I left the room. We walked back to our ambulance, following the trail of our bloody boot prints. I was in shock, hoping that I had imagined all the blood. Our supervisor arrived shortly afterward, and told us to go back to HQ, take showers, change into scrubs, go back to the hospital for a quick round of antibiotics, just in case, and to go home.

For the next month, I woke up screaming. I was terrified of closing my eyes. I didn’t want to see that haunted look that she had on her face. I didn’t want to hear those rattling, labored breaths that she took. At work, we had group counseling sessions. We talked about every aspect of the call. We explained our fears. The counselor said we had done everything that we could. We reacted to the situation immediately, he said, and we had done very well.

During one of these sessions, he did something I will never forget.

He got up from his chair, opened the door and wheeled the woman into the room.

She left the hospital with six broken ribs, a broken sternum and a new dialysis port. It had been a long time since I had cried, but as she wrapped us in her arms, tears of relief streamed down my face.

It was at that moment that I knew that I could walk away from my one call. My instructor was right — it had changed my life. I have paid my dues to the EMS gods and they are appeased. I have earned my passage.