Innovate or die: How Best Buy came back from the brink

Near death a few years ago, the world’s largest brick-and-mortar electronics chain is now a model for retailers 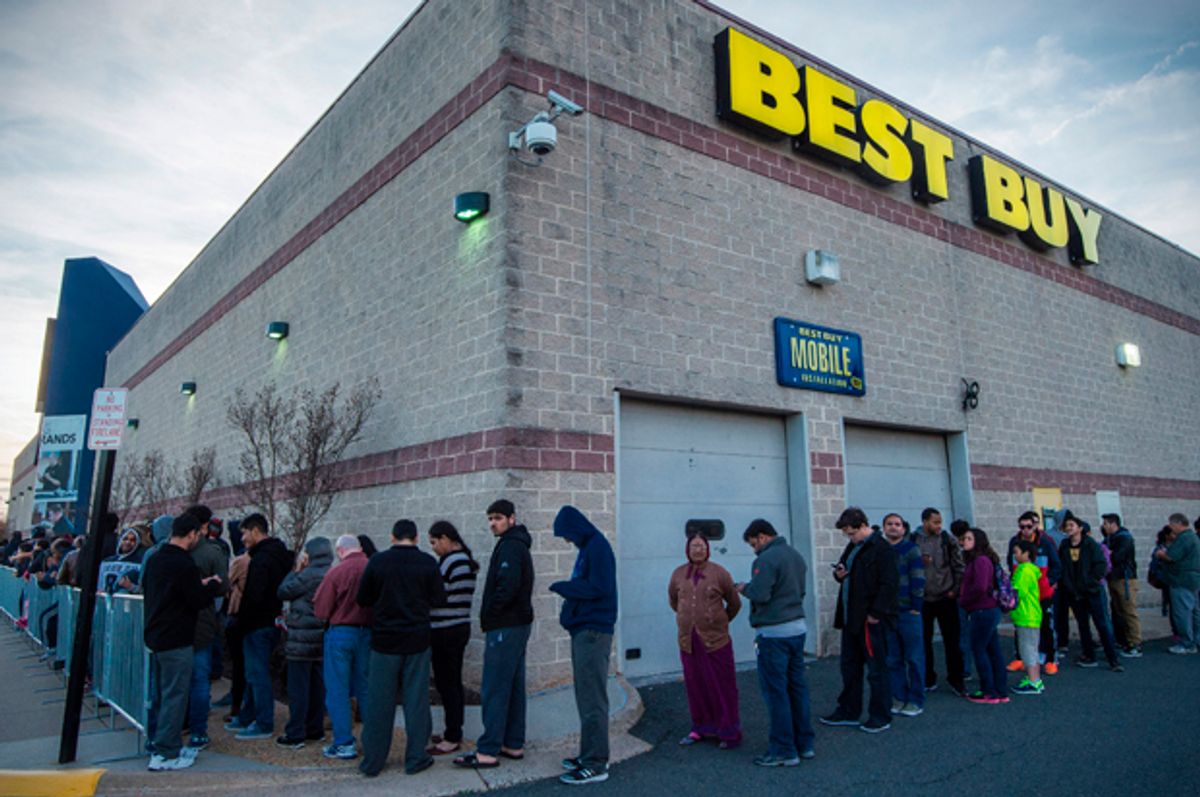 As American retailers gear up for the all-important annual Black Friday sales rush, one company, Best Buy, stands out as a survivor of the ongoing culling of the fold that has sent to their demise so many retail chains, unable to rapidly adapt to changing consumer preferences and online shopping habits.

Beset with plunging sales and profits in 2010 and a personal misconduct scandal that took down the company’s then CEO Brian Dunn in 2012, Best Buy seemed destined to become another casualty of the rapid and disruptive transformation of the retail industry.

But today, the 50-year-old company has rebounded under the direction of CEO Hubert Joly, who in just a few years has steered Best Buy from being a bloated, cash-bleeding chain of disorganized stores into a lean, clean, profitable service-focused operation.

“Joly has taken a number of steps that have really enhanced the business: closing bad stores, downsizing stores that were too big, bringing in exclusive product, upgrading service,” Howard Davidowitz, chairman of New York-based Davidowitz & Associates, a national retail consulting and investment banking firm, told Salon. “These are not easy things to do. Best Buy stands out as a brick-and-mortar retailer [that] has navigated this problem successfully.”

Best Buy’s stock price is up nearly 50 percent since the start of the year, and on Thursday it announced a 55 percent jump in profit in the three months that ended Oct. 29, to $194 million, compared with the same period last year. Net sales rose 1.4 percent to $8.95 billion while sales at established stores increased 1.8 percent. Online sales grew 24 percent. The company beat Wall Street expectations in all of these key measures, setting it up to end the year on a very high note with a robust holiday season.

So what did Best Buy do to become effectively the only major brick-and-mortar electronics retailer left in the market? There was the usual stuff that a company does when it's facing tough times, like closing stores — shuttering 13 of its big-format outlets last year alone — and wedging smaller showrooms into denser urban markets to capture foot traffic.

But what has distinguished Best Buy has been its success in marrying the online and in-store experiences. Through exclusive deals with suppliers like Microsoft and Samsung, Best Buy transformed its outlets into "store-within-a-store" spaces. Customers can easily find specific popular brands and consult with in-store representatives who specialize in specific brands and categories.

Coupling all of this with the company’s aggressive online expansion, and what Best Buy has done is create a niche for itself in electronics retail, said Steve Goldberg, president of The Grayson Company, a New York-based retail and branding consultancy.

“Most customers in this market then are making a purchase in a brick-and-mortar retail environment, but the path to making a purchase is by doing research online before making that decision,” Goldberg told Salon. “Best Buy has addressed that by having great content and great detail on their website. And from a merchandising point of view, they’ve developed an authoritative voice with their shop-in-shop environment with items customers are looking for.”

During this holiday shopping season, Joly has taken his company’s service-focused angle even further. The executive said during a conference call with analysts on Thursday that members of Best Buy’s sales staff has been armed with tablets. If they find a better price online, they’re authorized to match it for their customers. It’s this kind of thinking that has moved Best Buy from the retail graveyard into the upper echelon of American companies.