Give Sean Hannity this: It was clear he was on the Trump Train, and he never denied it 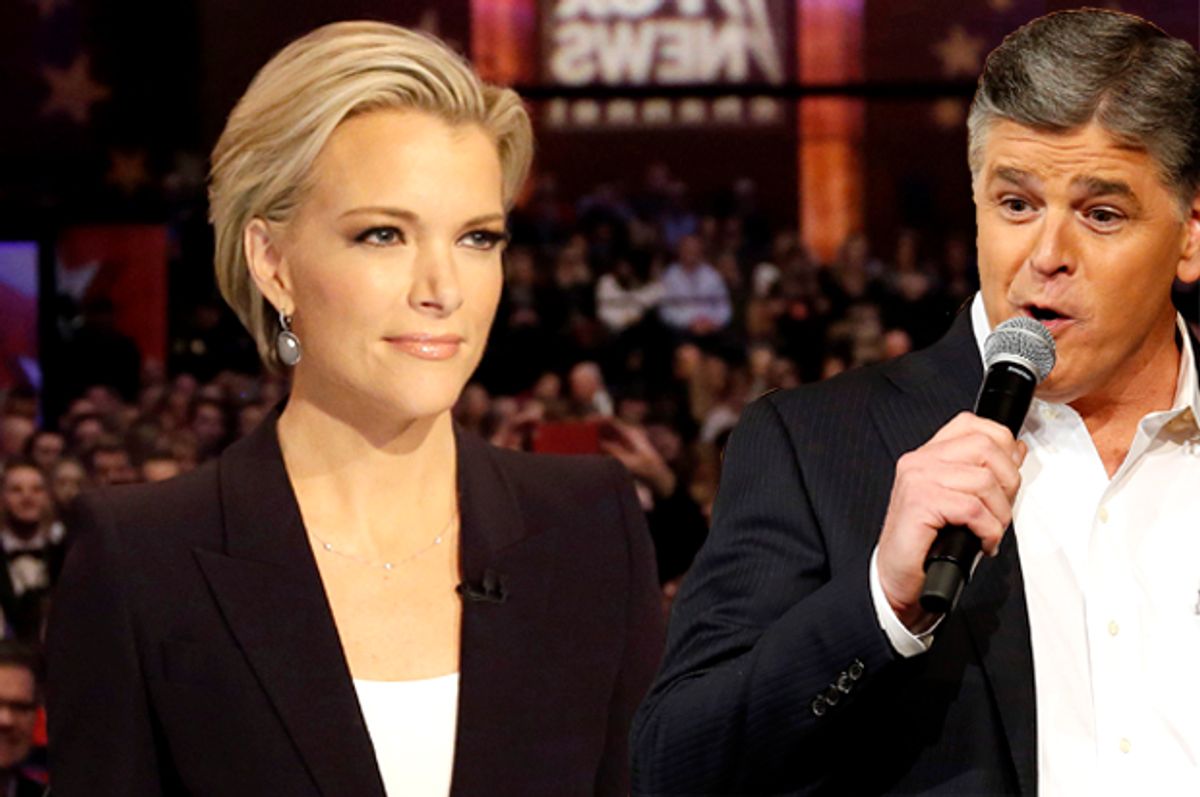 Fox News host Megyn Kelly is on a book tour for her future No. 1 seller, "Settle for More." The book has attracted much press attention, with Kelly revealing President-elect Donald Trump offered her free hotel rooms, and speculation that she may have been poisoned before moderating a primary debate.

But Kelly doesn't have to go far to promote her new book. She can just give an interview on her own news network.

In a sit down on Sunday with Fox News colleague Howard Kurtz, Kelly was asked about a passage in her book which claims that media and political journalists tipped Trump off ahead of time about upcoming tough questions in a interview. She indicated more than one network practiced this. Kelly suggests the journalists were trying to preserve their fair and impartial reputation, but, in reality, the interviews were just "acting," as she characterized it.

No idea who @megynkelly is talking about. When I asked ?'s about Justices, The wall, Refugees, Obamacare, economy etc I wanted real answers! https://t.co/AZxax2rpur

Except no one, including Kelly, has ever accused Hannity of feigning an adversarial approach to Donald Trump's candidacy. Hannity was the guy who appointed Trump the GOP nominee early in the primaries. He gave the reality TV star an invaluable platform, feeding his favorite candidate conservative talking points he knew his audience would devour. Hannity asked questions that had the answers built into them. He asked hard-hitting questions, like:

"I’m sure you wish you were wrong, Mr. Trump, but you were right. What did you see that maybe others didn’t see about what was happening in Brussels and Belgium?"

"I’m hearing a very different side of you. I’ve known you for over 15 years now. And I sense a real pain in there about how bad things are. Do you think maybe you communicate that enough to people, that you — that this is a — that your campaign is about people?"

He also appeared in a Donald Trump political ad!

Back in June, Trump appeared in an interview with Fox News host Bill O'Reilly. Trump accidentally revealed in the segment that he received a question before hand.

“I just had it checked because I heard this was going to be a question,” Trump responded to O’Reilly. “I don’t know, I just have a good source. Somebody said this could be a question.”