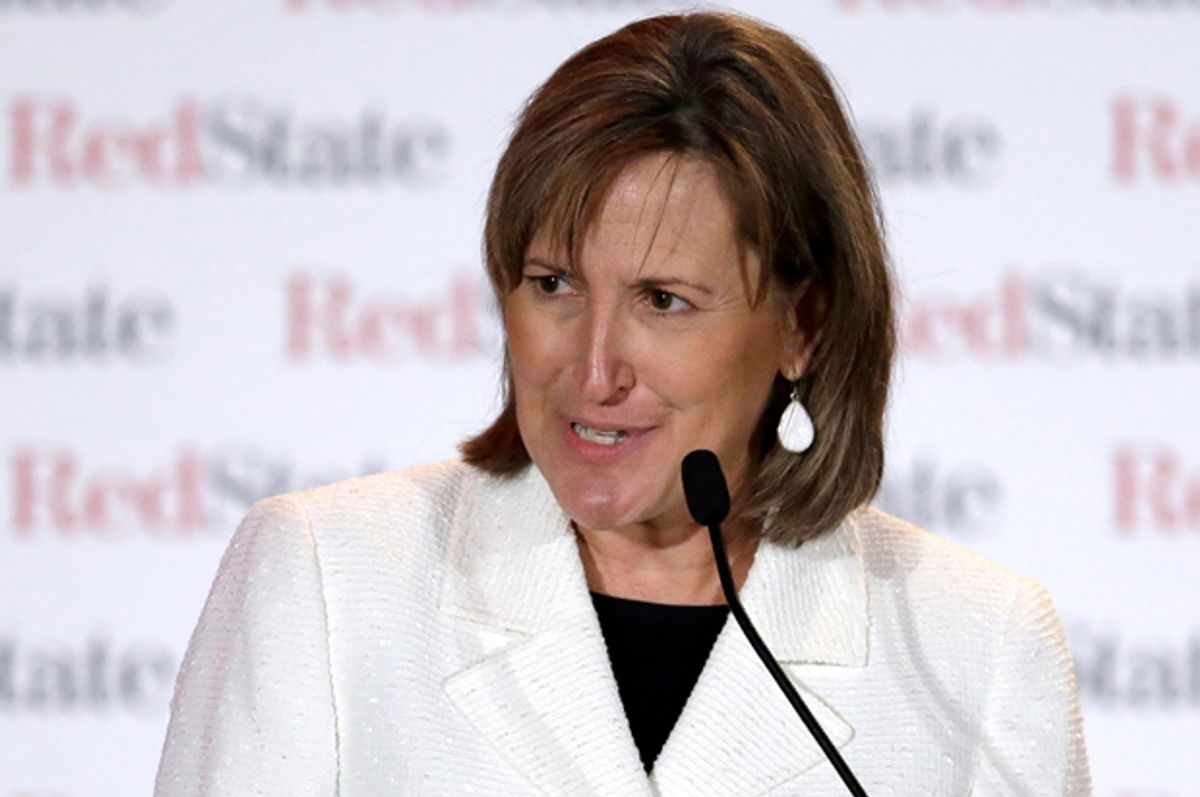 The bill took shape, according to Logo, "after her native Fort Worth adopted new school guidelines, which barred faculty from disclosing a transgender student’s identity to parents without their express permission."

Per a statement on her website's blog:

Because of this, our office reviewed the provisions in state law which guarantee parents access to information in a public school. We found these provisions in desperate need of clarity and expansion. That is why I am planning to file a bill that rewrites these provisions to make it unequivocally clear that a parent has a right to full and total information on their child’s academic performance, physical, mental and emotional health, and more. Further, my legislation will make it expressly against state law for a district to adopt policies designed to undermine a parent’s right to know. No parent in Texas should ever have to fight for the basic right to matter in their child’s life again.

As Jezebel's Rachel Vorona Cote explained better than I can:

The wording of this deeply discriminatory bill — "physical, mental, emotional health, and more" — implicitly pathologizes non-heteronormative sexual and gender orientation. That is to say, parents should be informed if their children identify as queer, because it is, in Burton’s estimation, "unhealthy."