Turkey calls on US, allies to reconsider Syria no-fly zone

Turkish airstrikes killed a fight and wounded others 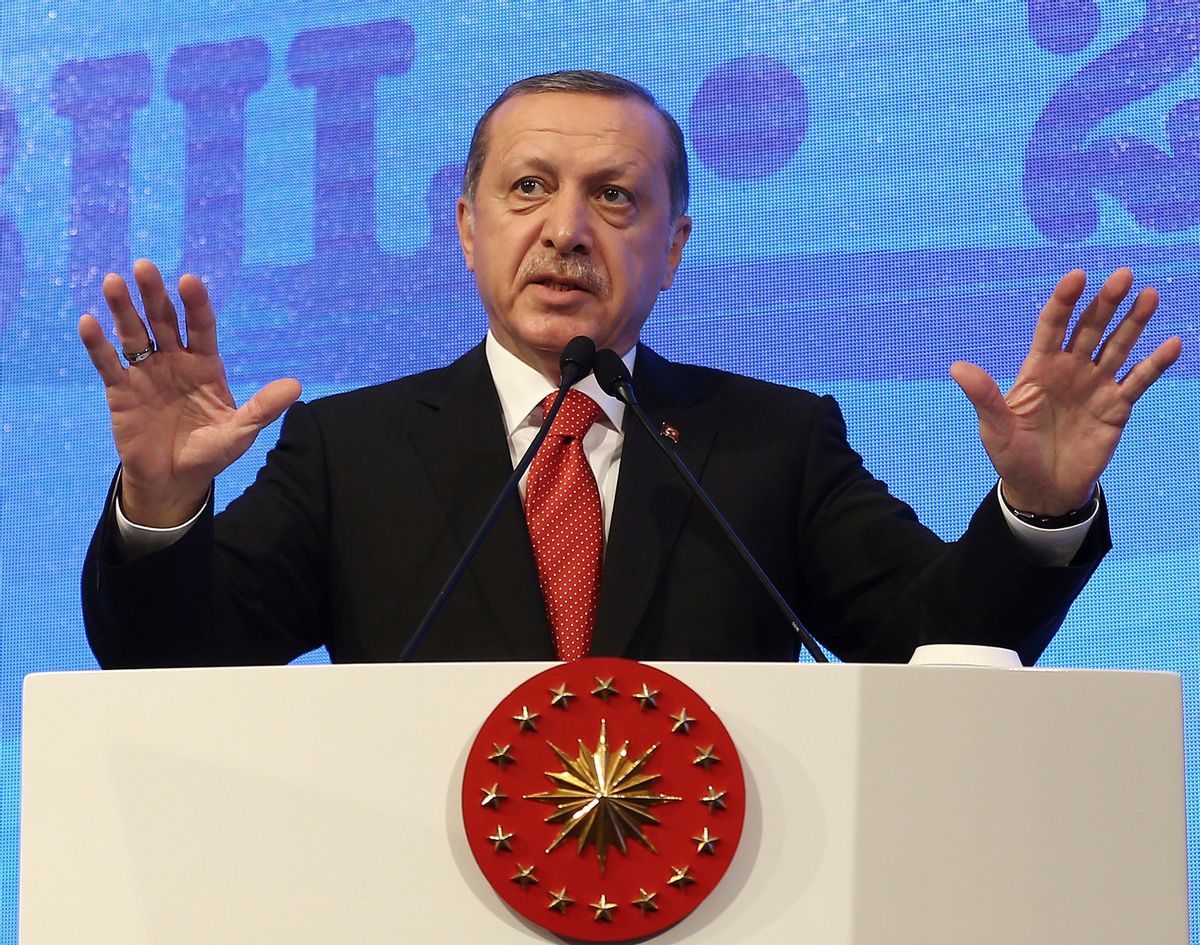 ANKARA, Turkey (AP) — Turkey called on the United States and other nations Monday to rethink its proposal for a no-fly zone in northern Syria hours after a rebel commander allied with Syria's Kurds said Turkish airstrikes killed one fighter and wounded others.

Turkey has long called for a no-fly zone to protect Syrian opposition forces from President Bashar Assad's air force. Ankara sent its own ground troops into Syria in August, and has carried out strikes targeting the Islamic State group and U.S.-backed Kurdish forces, which it views as an extension of the Kurdish insurgency in southeastern Turkey.

Turkey's positions have put it at odds with Washington, which has refused to directly target Assad's forces while providing air support for the Syrian Kurds, who have proven to be among the most successful ground forces battling IS.

It's unclear how those policies might change under President-elect Donald Trump, who has expressed skepticism about American support for Syrian rebels and hinted at joining forces with Moscow against IS.

"I hope that in the upcoming process, this will be reassessed, especially by the United States, and positive steps will be taken so that terrorism's back is broken and Turkey is rid of the threat of terrorism," Erdogan said.

His comments came after Adnan Abu Amjad, a Syrian rebel commander allied with Kurdish forces, said Turkish warplanes struck his group near the northern town of Manbij late Sunday, killing one fighter and wounding others.

"The Turkish state is a terrorist state that is attacking positions of the military council that is fighting Daesh," said Abu Amjad, commander of the Manbij Military Council, using an Arabic acronym to refer to IS.

Russian warplanes are also soaring through Syria's crowded skies, striking insurgents in a massive offensive announced last week that is aimed at shoring up Assad's forces.

"The bombing that is conducted by the Russian and Syrian air forces is just adding to the human suffering in Syria," NATO Secretary General Jens Stoltenberg told the assembly in Istanbul.

He said Syrian government forces are responsible for "indiscriminate bombing" of the northern city of Aleppo, Syria's largest, where opposition activists reported a seventh day of intense airstrikes and shelling on Monday.

State media meanwhile reported that rebels had fired four shells that landed near the Russian Embassy in Damascus, without providing a casualty toll.

From The Wires Syria Turkey