A not-so-humble proposal to fight the "fake news" epidemic: Why we need a fact summit and need it now 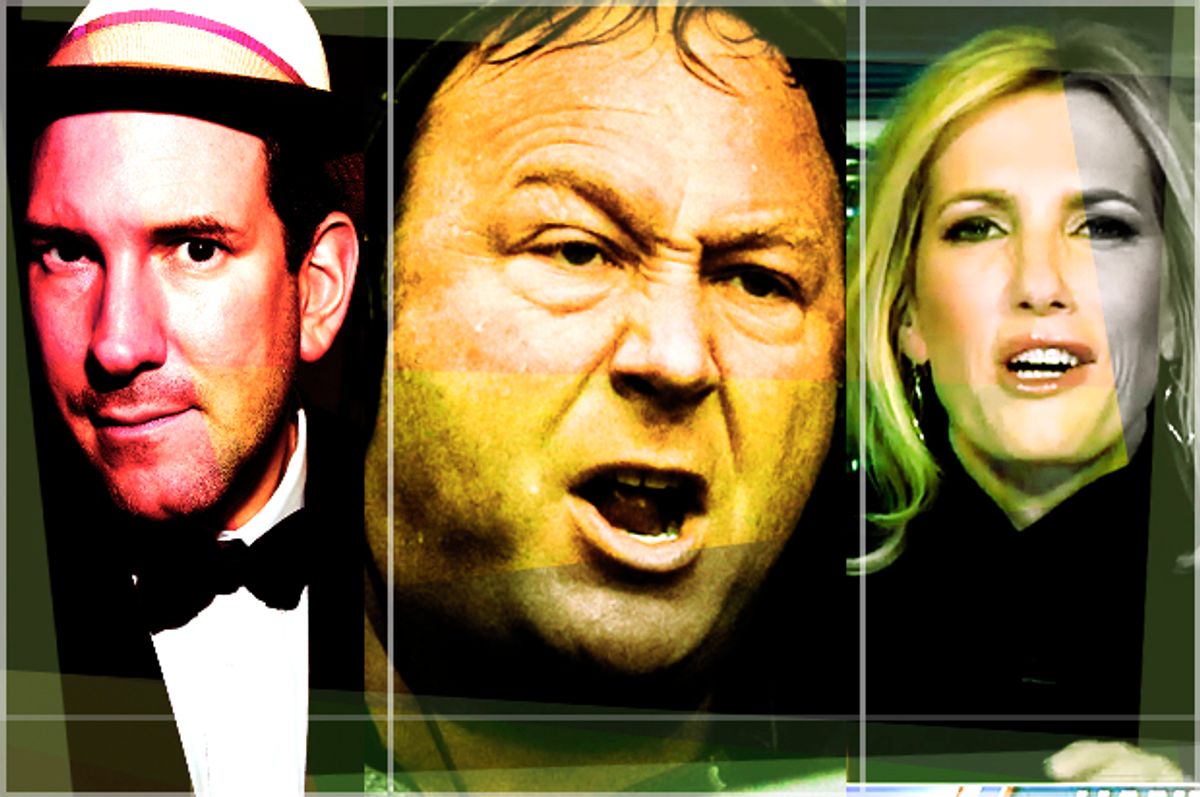 Call it a fact summit.

The idea is to gather a team of writers, strategists, thinkers, editors and other experts from both sides — reasonable, rational minds from a pool of conservative, moderate and liberal players — who are all on the same side of the truth divide. Lock them in a room to collectively build a database of trusted firsthand news sources: publications online and off, independent agencies, opinion sources, television and radio networks, newspapers and so forth that have displayed significant attention to the highest level of accuracy and journalistic integrity possible with the goal of pushing back against the rising flood of fake news and propaganda sites.

We'll circle back to the fact summit presently. First, some background.

A century or so ago, the concept of "yellow journalism" was one most Americans lived and coped with. The late 19th- and early 20th-century publishing empire of William Randolph Hearst, beginning with The New York Journal, was responsible for some of the most egregious fake news stories in the long history of print. Famously, Hearst's sensationalism and the exploitation of gullible readers helped precipitate popular support for the Spanish American War in 1898, and eventually led to the rise of supermarket tabloids where partly or completely fabricated stories flourished, even though most normal, well-centered Americans in the modern era chuckled in passing at the crazy celebrity-driven headlines, including ones about the Bat Boy and alien abductions, while waiting in line to buy groceries.

In the old days, it was abundantly obvious which papers were legitimate or not. It's worth mentioning (on top of the deliberate fakery) that prior to the consolidation of media by fewer and fewer corporations, many towns had both a conservative paper and a liberal paper. But the extent of the bias was mostly limited to the editorial pages, unlike today where news outlets like Fox News cultivate hard news stories that fit into a partisan right-leaning narrative, turning even straight news into a profoundly slanted, opinion-generating ideological machine.

Additionally, prior to the internet's explosion of independent publishers, there were comparatively few publications that marketed in ridiculousness. Therefore it was potentially easier to contain and marginalize.

Not so today. Fake news and propaganda and full-on agitprop has become a massive revenue-generating sector online, so much so that it has caught the attention of President Barack Obama who's made a point to call out the bullshit on more than a few occasions, before and after Nov. 8. During a joint appearance with German Chancellor Angela Merkel, Obama jabbed at it again, saying, "If we are not serious about facts and what’s true and what’s not, and particularly in an age of social media when so many people are getting their information in sound bites and off their phones, if we can’t discriminate between serious arguments and propaganda, then we have problems."

The president is understating the urgency of the crisis. Not only are there numerous sites that literally fabricate news stories complete with headlines designed to laser-blast drive-by partisans squarely in their outrage cortex, there are also sites that (barely and flagrantly) rewrite stories from other, more respected news outlets with a sensationalized twist that doesn't play out in the text of the article.

Related to this, a number of popular sites like Alex Jones' InfoWars conspiracy theory site have been known to not only deal in exploitative trickery but also to rewrite obviously fake stories, such as one about a teacher who gave dildo lessons to grade school students. Clearly fake, but rewritten as if it were real. More difficult to weed out is the fakery on sites like Drudge Report and Fox Nation where the news is contorted by leaving out important context. For example, a hyper-partisan aggregator might publish a story about horrendously rising health insurance premium rates, while leaving out details about the historical steepness of past, pre-Obamacare rate hikes.

Without social media, however, these sites wouldn't be nearly as popular and the crisis would be reduced to a dull roar.

Facebook in particular has been fertile ground for viral transmission, given the penchant of users to relentlessly scroll through news feeds waiting for the next big thing to pop. Without reading the articles or double-checking datelines, many Facebook users will impulse click and share articles that they didn't even read, further spreading the contagion.

Some site owners have constructed their entire business models exclusively on the Facebook platform, with a vast majority of site traffic being generated from Facebook clicks, while very few clicks are generated from other social-media platforms or from readers clicking to the site's front page as a destination. In other words, take away Facebook's traffic and many of the biggest sites would quickly wither and die — both liberal and conservative sites alike.

A new study of fake or sensationalized newsers and how the sites perform on Facebook revealed the staggering consequences of the pandemic:

During these critical months of the campaign, 20 top-performing false election stories from hoax sites and hyperpartisan blogs generated 8,711,000 shares, reactions, and comments on Facebook.

Within the same time period, the 20 best-performing election stories from 19 major news websites generated a total of 7,367,000 shares, reactions, and comments on Facebook.

It might not surprise you to learn that, according to the same report, the most popular fake news stories were helpful to Trump and damaging to Hillary Clinton. Add this to the list of reasons why Trump, with all of his incompetence, insecurities and dangerous impulsiveness, managed to barely win the election.

Simply put: More people got their election news from fake or dubious sources via Facebook and elsewhere than from actual firsthand news sources. And I hasten to note that, yes, the major publishers and networks aren't spotless, but they're light-years more reliable and retain infinitely more journalistic integrity than the fakers and the agitprop dealers, chiefly and obviously because the majors are staffed by professional journalists who mostly stick to a time-tested process, obeying the written and unwritten rules of journalism more often than not.

The critical mass being reached at the moment, especially with the attention Obama is providing, could set up a serious opportunity to address this epidemic now before the truth-eating disease spreads any further. A major step toward dropping a net over these rampaging exploitation sites could be staring us right in the face. Rather than trying to simply kill the offending sites, there's a way to educate social media and news consumers about which sources are legitimate and which sources aren't.

The fact summit wouldn't be a censorship body; nor would it actively engage in fact-checking activities. Its goal would be to act as a set of informal gatekeepers, determining which institutions are worthy of citation, linking, reading and supporting, while also calling out the fakers and deceivers. The multi-partisan nature of the panel would add legitimacy to the findings and encourage consumers on the right and left to take the results more seriously. Would it convince everyone? Not a chance in hell. There will always be hotheads who cling to their bogus news and conspiracy theory stories, and those who will continue to blindly retweet unsourced garbage. But it's an important start, an urgent attempt at forcibly shoving the pendulum in the other direction.

If nothing is done, we're stuck with an irreparably divided voting population of people who actively curate their own set of facts via unreliable amateur sites that are in business for no other reason that to accumulate as much Google AdSense revenue as possible. Without a well-respected set of guidelines, Americans are blindly regurgitating news from a perpetually growing list of publishers, many of which with no relationship with the truth. It's like being handed a list of cancer treatments that includes snake oil and junk science, and no path forward from a reputable oncologist to lead us to the most effective approach.

Likewise, without experts to act as fact sherpas for news consumers, most readers are simply wandering aimlessly through their news feeds, sharing whatever conforms to their personal politics, rather than what's vetted for accuracy and integrity. The fact summit would be a first bulwark against this dangerous tendency toward artificial news, and we should embrace any effort along these lines. (Obviously, there are many more details to iron out, and I'm neither an activist nor an organizer — just planting the seed.)

Granted, it might be too little too late. The fake newsers have escaped their cages, and it might be completely impossible to wrestle them back. But for the sake of the republic, we have to try. There aren't any other options. Facts and reality have to win the day.