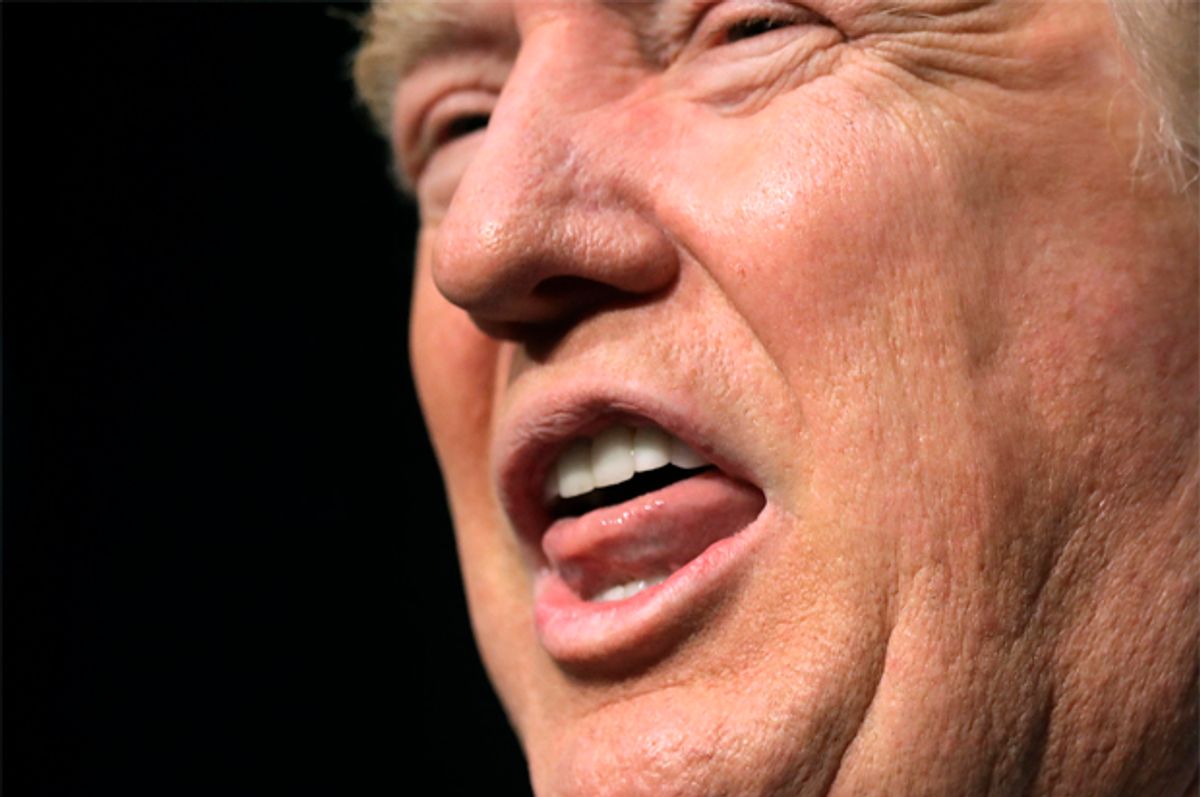 The chants of "Lock her up" were a familiar refrain at Donald Trump's campaign rallies, as his right-wing demanded to see criminal charges against former secretary of state Hillary Clinton for her use of a private email server. But now that Trump's defeated his opponent and is set to take the White House, in an apparent shock even to himself, he is already signaling that he fully intends to break that campaign pledge.

This is not going over well with the base.

Despite its former executive chairman, Steve Bannon, serving as CEO of Trump's campaign and recently being named as a senior advisor in his White House, Breitbart finally broke away from its unwavering support to slam Trump's sudden change of heart.

And it's not just Breitbart that's mad at Trump. Judicial Watch, the conservative watchdog agency that sued to get more of Clinton’s State Department emails released, ,was swift to react to Team Trump's shift. Judicial Watch President Tom Fitton urged Trump on Tuesday to “commit his administration” to investigating Clinton, saying a refusal to do so “would be a betrayal of his promise to the American people to ‘drain the swamp’ of out-of-control corruption in Washington, DC.”

“President-elect Trump should focus on healing the broken justice system, affirm the rule of law and appoint a special prosecutor to investigate the Clinton scandals," the statement read.

Earlier Tuesday, former Trump campaign manager Kellyanne Conway went on MSNBC, where she indicated Trump was going to back off his pledge.

“Look, I think he's thinking of many different things as he prepares to become the president of the United States, and things that sound like the campaign aren't among them,” she said. "I think when the President-elect, who's also the head of your party, tells you before he's even inaugurated that he doesn't wish to pursue these charges, it sends a very strong message, tone, and content. And I think Hillary Clinton still has to face the fact that a majority of Americans don’t find her to be honest or trustworthy, but if Donald Trump can help her heal, then perhaps that's a good thing.”

Even top Trump surrogate Rudy Giuliani, who was perhaps most fervent in his insistence that Clinton should be held criminally liable even though the FBI declared it found no actual law breaking, backed off his hardline stance Tuesday.

“Look, there’s a tradition in American politics that after you win an election, you sort of put things behind you,” he told reporters inside Trump Tower after Conway made her comments. “And if that’s the decision he reached, that’s perfectly consistent with sort of a historical pattern of things come up, you say a lot of things, even some bad things might happen, and then you can sort of put it behind you in order to unite the nation.”