Weeks before the electoral college likely confirms Trump's win, Dems are grasping at revolts and recounts 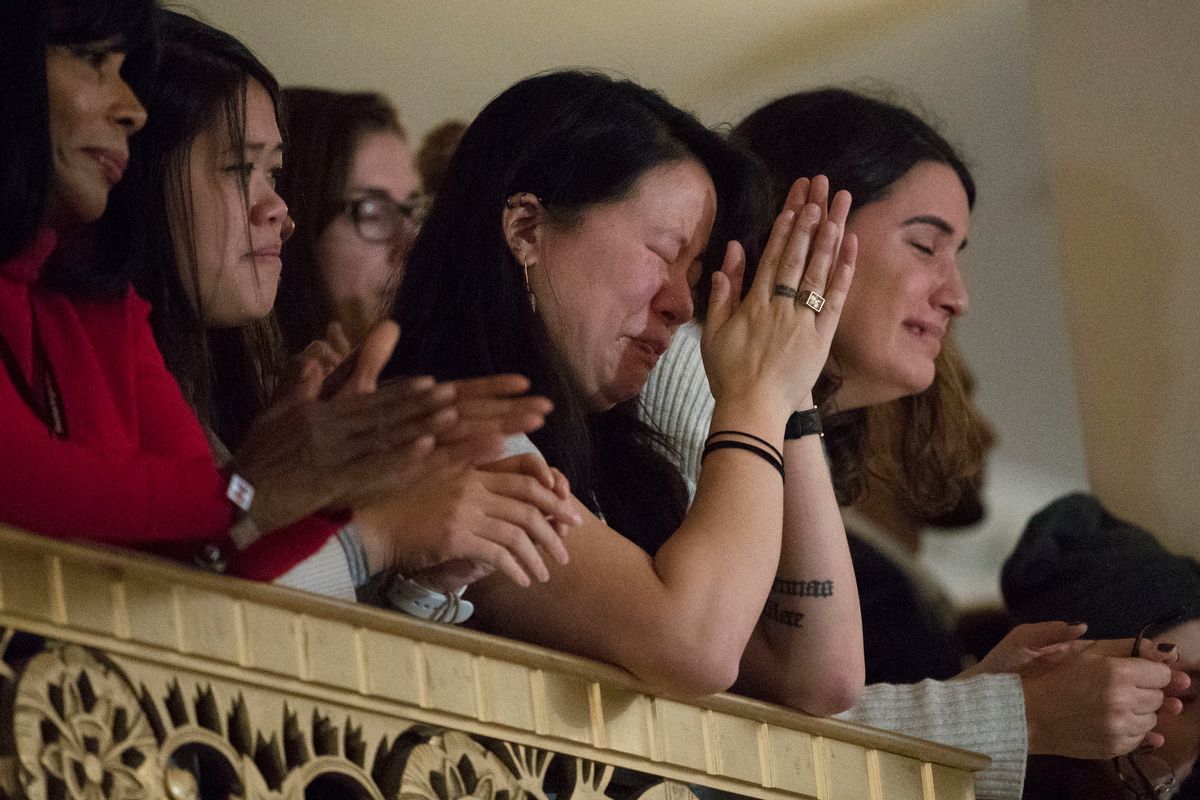 An electoral college revolt is hardly less precedented than an oafish game show host becoming president-elect of the United States. So as The Donald et al. scrape together a cabinet, Republican electors are facing pressure to act as the last line of defense against a President Trump.

The presidential electors, mostly former Bernie Sanders supporters who hail from Washington state and Colorado, are now lobbying their Republican counterparts in other states to reject their oaths — and in some cases, state law — to vote against Trump when the Electoral College meets on Dec. 19.

Still, a whopping 37 Republican electors would have to reject Trump for there to be a tie — in which case, the Republican-held House would no doubt vote for the real estate mogul regardless.

Another — perhaps less futile — way Democrats are hoping to override Trump's victory is to encourage Hillary Clinton to call for a recount.

As freelance journalist Dan Solomon discovered — and shared on his Twitter — Outagamie County, in Wisconsin, released an official vote tally Tuesday morning after it was found more votes were tallied than cast. The recount results show the discrepancy consisted entirely of votes for Trump: