Today in Donald Trump's transition team: Soon-to-be leader of the free world "got annoyed" with Chris Christie for hogging his spotlight

The president-elect demoted the New Jersey Gov. because he kept "trying to get in shots," according to Yahoo News 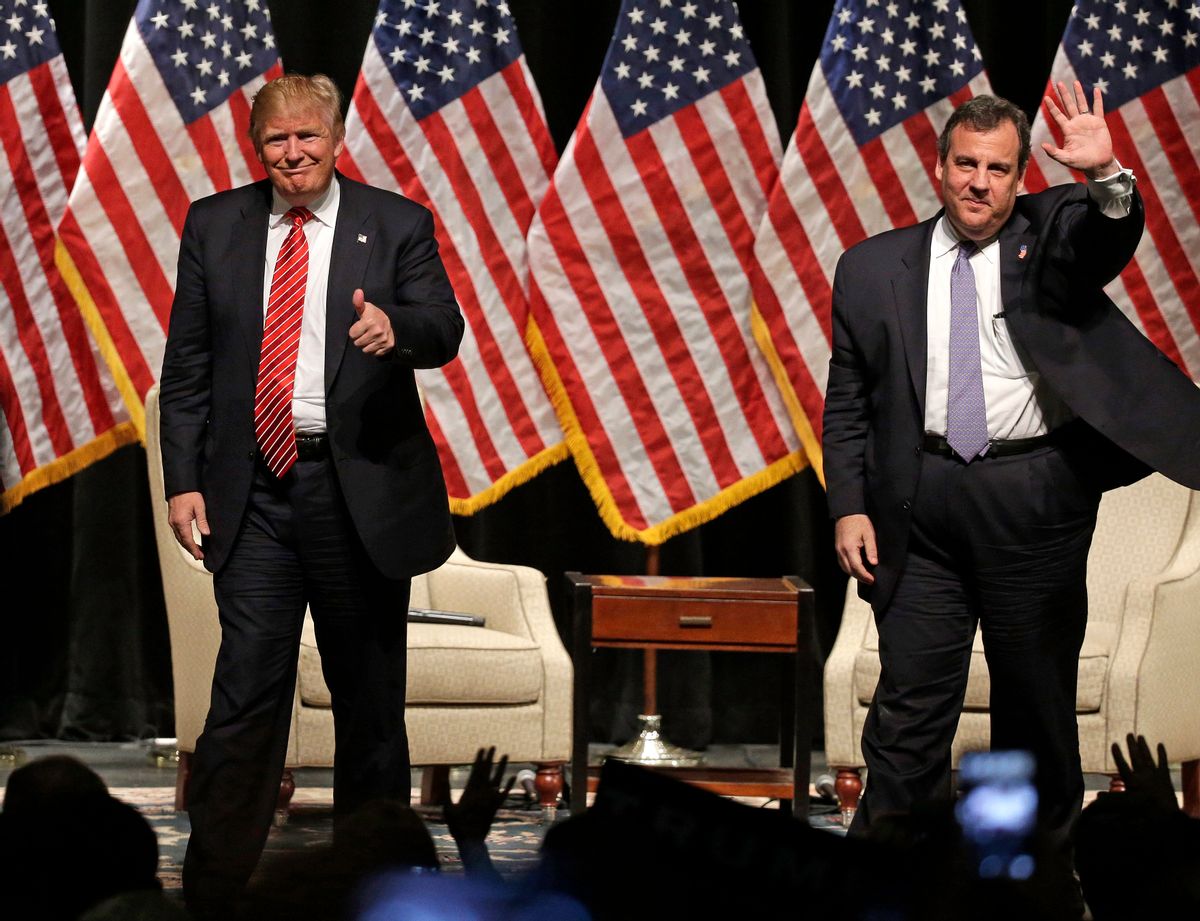 FILE - In this March 14, 2016 file photo, Republican presidential candidate Donald Trump gives a thumbs up as New Jersey Gov. Chris Christie waves to the crowd as they walk off the stage after a rally at Lenoir-Rhyne University in Hickory, N.C. Christies decision to endorse Donald Trump back in February brought him plenty of derision at the time. But its bringing rewards now that its clear he bet on the winner. (AP Photo/Chuck Burton, File) (AP Photo/Chuck Burton, File)
--

New Jersey Gov. Chris Christie's demotion within President-elect Donald Trump's transition team was at first thought to have been a consequence of the Bridgegate scandal. Then it was believed that the former district attorney fell out of favor with Trump's inner circle for having prosecuted in 2005 Charles Kushner, whose son, Jared, is Trump's son-in-law and dubiously close confidant. All this media speculation missed the most obvious explanation for Christie's seemingly sudden fall from grace: Trump just didn't want to share the spotlight.

A "high-level" source told Yahoo News that "Trump got annoyed" after Christie kept "trying to get in shots" during joint public appearances. Two more high-level sources confirmed the assessment.

Pence and his crew then erased all of Christie's work, axing appointees Richard Bagger, William Palatucci and Mike Rogers.

Yahoo's source said "some things" in Christie's transition efforts "were not handled appropriately or done to a level of satisfaction and professionalism."

A Christie source refuted this, saying, "I can’t tell you whether or not Trump was frustrated or not, but tons of good work was done by the transition team before the election," and adding, "Hundreds of people were suggested and vetted for tier one appointments. Hundreds of people were identified for landing teams [for liaison with government agencies]. There were serious implementation plans written for over a dozen major policy initiatives that were put forward on the campaign trail."