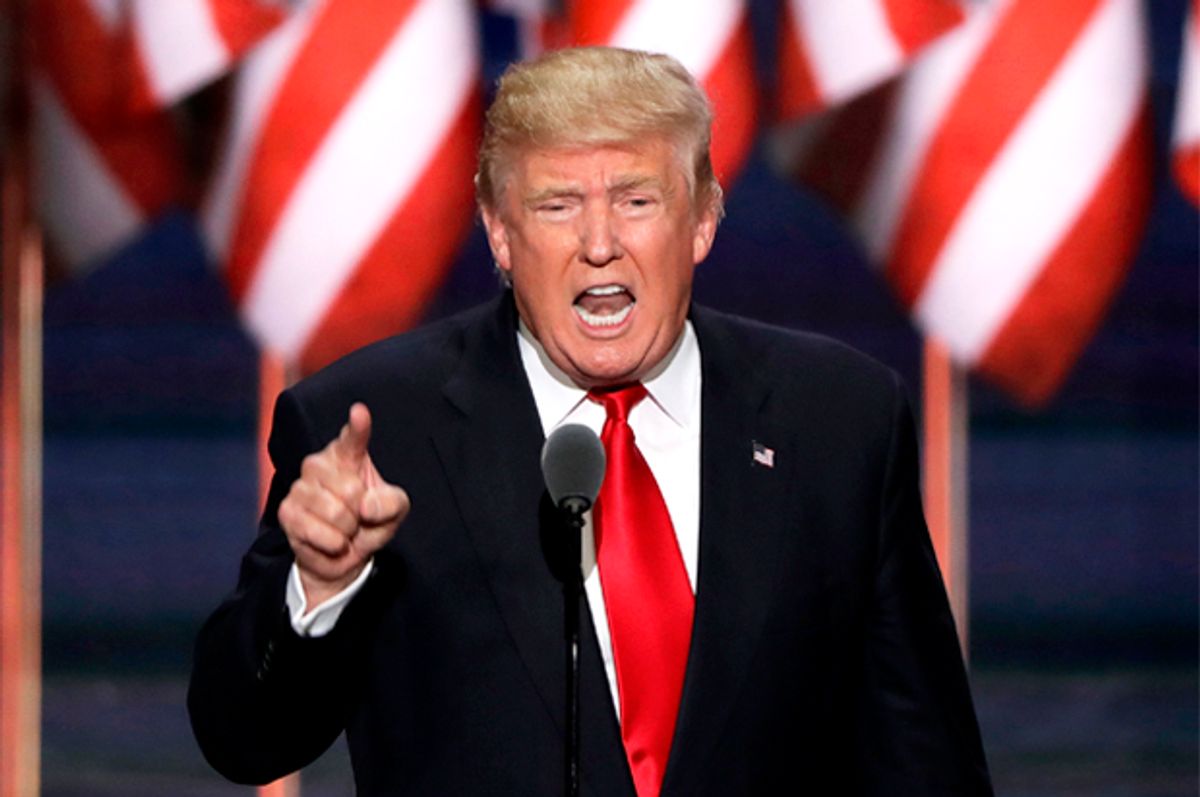 After World War II, historians, philosophers, psychologists, sociologists, political scientists and other researchers tried to understand how the madness of Nazism infected and engulfed an entire country. Many of them also pondered the unimaginable: Could the type of authoritarianism and fascism that took hold in Germany also infect the United States, that was at the time, the world’s leading democracy?

In 1950, Daniel J. Levinson, Else Frenkel-Brunswik, Nevitt Sanford and Theodor W. Adorno published the groundbreaking book “The Authoritarian Personality,” which featured one of the first — and still among the most rigorous — examinations of authoritarian behavior and values in American society. Experiments by Stanley Milgram and Phil Zimbardo in the 1960s and 1970s also showed that many Americans possess a high level of deference to authority, would go as far as hurting strangers if so ordered and in many ways could readily succumb to fascism and authoritarianism.

Recent work by Marc Hetherington and Jonathan Weiler has documented a disturbing increase in authoritarian attitudes in the United States over the last generation, mostly among conservatives and right-leaning independents. Ever since Sinclair Lewis’ 1935 “It Can’t Happen Here,” the prospect of an America where democracy is replaced by fascism and authoritarianism has been a standard trope in literature, films, video games and television shows.

Of course, these examples are intellectual exercises, research projects and speculative works of fiction. By comparison, with the election of Donald Trump, Americans (and the world) are watching authoritarianism unfold in real time.

Trump has repeatedly demonstrated his fascist and authoritarian bona fides. He has threatened to limit freedom of the press; promised to imprison his political rivals; encouraged violence by his followers; disregarded standing norms and traditions of American democracy; advocated for the United States to violate international law; used racism and nativism in the form of white identity politics and hostility toward the Other to win the presidential election by mobilizing racially resentful and bigoted white voters; proposed policies that violate the constitutional rights of Muslims, Arabs, Hispanics, Latinos and African-Americans; placed radical ideologues in key senior leadership positions; and fabricated a narrative of personal victimhood for himself (and by implication the United States) as a means of justifying his plans to restore “greatness” to the country and (white) Americans.

Americans are not used to such political uncertainty and tumult, and for many of them the experience is disorienting, confusing and exhausting.

Some observers are shocked and surprised by the rise of Trump and his brand of American fascism. For them, these events are an impossible thing, something that stands outside of American exceptionalism — the latter being a myth that Trump has now fully demolished. But there were voices and thinkers who identified the rise of Trumpism and American fascism and authoritarianism not as a threat in a far-off distant future, but rather as something imminent.

In his 2008 book “Democracy Incorporated: Managed Democracy and the Specter of Inverted Totalitarianism,” Princeton University political theorist Sheldon Wolin outlined a concept and theory known as “inverted totalitarianism,” which deftly explained how “democracy” in the United States would fully devolve into authoritarianism.

Wolin summarized how this could happen, according to The Nation:

The elements are in place [for a quasi-fascist takeover]: a weak legislative body, a legal system that is both compliant and repressive, a party system in which one party, whether in opposition or in the majority, is bent upon reconstituting the existing system so as to permanently favor a ruling class of the wealthy, the well-connected and the corporate, while leaving the poorer citizens with a sense of helplessness and political despair, and, at the same time, keeping the middle classes dangling between fear of unemployment and expectations of fantastic rewards once the new economy recovers. That scheme is abetted by a sycophantic and increasingly concentrated media; by the integration of universities with their corporate benefactors; by a propaganda machine institutionalized in well-funded think tanks and conservative foundations; by the increasingly closer cooperation between local police and national law enforcement agencies aimed at identifying terrorists, suspicious aliens and domestic dissidents.

1. Maintaining and expanding a condition of extreme political polarization has become the dominant strategy for Republicans.

2. The Republican Party has followed Grover Norquist’s edict to make government so weak it can be “drowned in the bathtub." It has effectively broken the government and have refused to follow through on basic responsibilities such as conducting confirmation hearings for the Supreme Court and threatening that the United States would default on its financial obligations if Republicans do not get their way in Congress.

3. Fox News and the broader right-wing news entertainment apparatus have created an alternate reality for its public, one based on lies and disinformation. The “liberal” news media has aided and abetted the rise of Donald Trump by giving him the equivalent of billions of dollars in free advertising.

4. Wealth and income inequality continues to grow in the United States, where by some estimates the top 1 percent has more wealth than the bottom 95 percent. Income has become stagnant for several decades.

5. Public space and resources are being privatized by corporations in the service of the neoliberal regime. Our national security and surveillance society has been expanded under Bush and then Obama.

6. Police thuggery and brutality against people of color, the poor, those who are mentally ill, immigrants and other vulnerable groups continues to be a fixture in American society.

Wolin also offered the following warning and concerns about American democracy in a 1988 interview with Bill Moyers, where he explained:

It isn’t a simplistic question, and the answer is I think we don’t. I don’t think the idea of democracy and the ideal of a strong state — centralized, inherently bureaucratic and administrative in its structure and operation — that those are compatible notions. I think that democracy does imply involvement, shared power, dispersed power and, above all, a significant equality. And I think state power means the opposite of those things. And similarly, I think the democracy clearly is at odds with corporate structures and the power of corporate structures.

Later in the same interview, Wolin hinted at the populist outrage that fueled Donald Trump on the right and Bernie Sanders on the left:

I see cultural casualties. I see casualties of all kinds. I see cities that are — many of them are unlivable, as we’ve known for 20 years — and in which the cultural life is on the edge of extinction, in which there is a great deal of class conflict and sharp cleavages and distinctions of rich and poor which are beginning to become mind-boggling. I guess one of the things that’s so crucial in all of this is that this innovative society we’re committed to has clearly developed a surplus, superfluous population. A population for whom there may be no work. A population for whom, if there is work, it isn’t terribly meaningful, and it doesn’t have much of a future to it. And that we as a society don’t really know what to do with that surplus population.

Like George Orwell’s "1984," Sheldon Wolin’s “Democracy Incorporated” was intended to be a warning not a handbook. Wolin was prescient. He did not live to see his theory embodied by the election of Donald Trump. Wolin passed away in 2015.

Theoretical physicists and philosophers believe that it is more likely than not that what we perceive as reality is in fact an elaborate computer simulation. With the election of Trump, it feels as though there is a glitch in the system or perhaps the programmers have changed the rules of the game.

I know I am not alone by saying that these recent events have made me feel out of sorts, unsettled by the sense that, on a basic level, something is very wrong in our political culture and society. To find our way back to normalcy in a time of crisis and emergency we must ask ourselves, “how did we get here?” Sheldon Wolin’s wisdom is a helpful guide for that journey. It is truly unfortunate that more people did not heed his warnings. If they had, perhaps the age of Donald Trump could have been averted.