Is Donald Trump's transition being outsourced to the Heritage Foundation? That's not good news

Former senator Jim DeMint was a Trump skeptic at first, but he may soon hold immense power in the White House 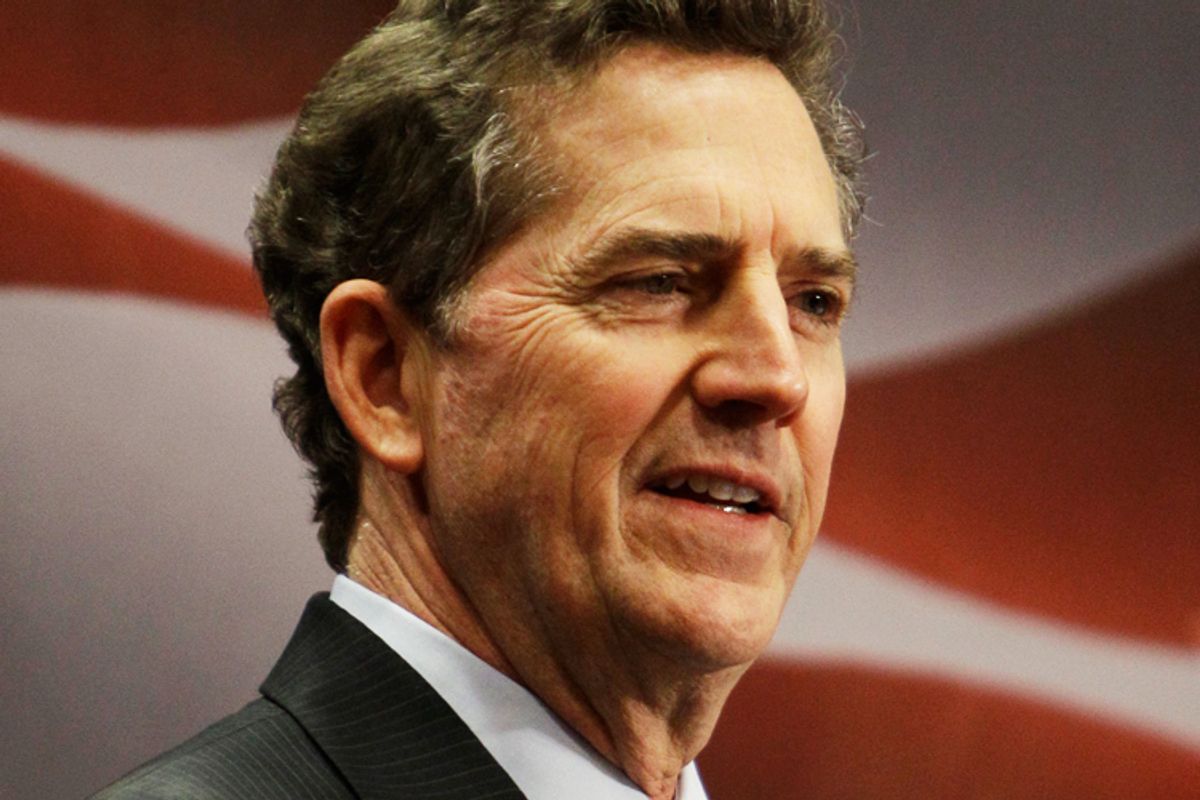 As we go into the long Thanksgiving weekend, shell-shocked by events surrounding the presidential transition that are becoming more surreal by the day, it's almost comforting to read a piece of news that sounds even slightly like familiar political activity. I'm speaking about something that would have made for screaming headlines and much gnashing of teeth on the left just a few months ago but now seems almost quaintly normal: the news that Donald Trump's transition team has outsourced much of the lower level government staffing to the ultra-conservative Heritage Foundation, which is in the hands of right wing extremist Jim DeMint.

Heritage is “absolutely the fulcrum, and essential to staffing the administration with people who reflect Trump’s commitments across the board,” said Marjorie Dannenfelser, head of Susan B. Anthony List, a prominent group that opposes abortion rights. “I can say it’s been a source of great confidence during the election to know that principled people were planning for a Trump administration.”

Three sources from different conservative groups said that Heritage employees have been soliciting, stockpiling and vetting résumés for months with an eye on stacking Trump’s administration with conservative appointees across the government. One source described the efforts as a “shadow transition team” and “an effort to have the right kind of people in there.”

Most members of Trump's transition team have some affiliation with Heritage, it turns out. All the conservative talent in town knows this and has figured out how to funnel a CV to the right places. It's quite a stampede, according to the article, and what one might expect. These are people who have been in the wilderness for eight long years and this is probably an unexpected opportunity.

It's surprising in some respects, however, because throughout the Republican campaign the Heritage Foundation was sharply critical of Trump as an unreliable conservative who could not be trusted. DeMint, the former senator and keeper of the right-wing flame, met with Trump and decided to simply keep his distance rather than oppose him directly. But the Heritage Foundation did help with one important matter that, according to the Politico article, is considered to have been a defining issue for the campaign. It's one that may have persuaded a number of those college-educated whites and evangelicals to stick with Trump rather than vote for Hillary or stay home: the Supreme Court.

Perhaps Heritage’s most significant involvement during the campaign was its experts’ shaping of Trump’s list of Supreme Court choices, ultimately resulting in a selection of conservative thinkers who oppose abortion rights. It’s hard to overstate the importance of that list, which was created in conjunction with the Heritage Foundation and the conservative Federalist Society.

Prior to Trump’s release of the list — the first installment came in May — many conservative activists and leaders were vehemently and vocally opposed to his candidacy.

But Trump’s list of potential judicial appointments gave movement leaders space to crystallize the contest into a binary choice between Hillary Clinton, who would certainly appoint liberal Supreme Court justices, and Trump, who promised to appoint only conservative, anti-abortion rights justices.

Now that Trump has won, the Heritage Foundation has the kind of juice in D.C. it hasn't had in almost a decade. DeMint and the foundation are the connection between the conservative movement establishment and the Trump transition and the future administration. And the movement is thrilled with what it is seeing as a sign that it is going to be in the driver's seat:

"We’re just thrilled with what we see from the transition; it gets better every day. To the extent Heritage is involved in it, hats off to Heritage,” said Richard Viguerie, a denizen of the conservative movement who has been involved in [the Council for National Policy] for more than 30 years

This also signals a continuation of the war within the party, however. The Heritage Foundation has been one of the movement organizations eviscerating establishment figures like House Speaker Paul Ryan and Senate Majority Leader Mitch McConnell over the past few years. And nobody knows how much influence it will have on the higher levels of the Trump administration. It may not end up being too keen on Steve Bannon's big-spending ways, although if the reports of his infrastructure plans are true, the idea of privatizing our roads, bridges, water and transit system may win it over.

For those who worry about the Trump administration's basic competence at running the government, this isn't good news. You may remember that the last time these Heritage Foundation folks were asked to staff a government, during the Iraq war, it didn't work out too well, according to The Washington Post:

They had been hired to perform a low-level task: collecting and organizing statistics, surveys and wish lists from the Iraqi ministries for a report that would be presented to potential donors at the end of the month. But as suicide bombs and rocket attacks became almost daily occurrences, more and more senior staffers defected. In short order, six of the new young hires found themselves managing the country's $13 billion budget, making decisions affecting millions of Iraqis.

Viewed from the outside, their experience illustrates many of the problems that have beset the U.S.-led Coalition Provisional Authority (CPA), a paucity of experienced applicants, a high turnover rate, bureaucracy, partisanship and turf wars.

For months they wondered what they had in common, how their names had come to the attention of the Pentagon, until one day they figured it out: They had all posted their résumés at the Heritage Foundation, a conservative-leaning think tank.

It was one of the most astonishing stories to come out of the early days of the Iraq war. The Bush administration had decided to make ideological commitment to "the cause" a litmus test for hires to staff the new Coalition Provisional Authority under Paul Bremer. The place it went to was naturally the most ideological think tank in town.

The debacle of that project — the wasted money, the lack of expertise and total inefficiency — has been well documented, most evocatively in the book "Imperial Life in the Emerald City" by Rajiv Chandrasekaran. In Iraq, the Bush administration saw an opportunity to run a political experiment and didn't understand that it takes actual proficiency and know-how to build something so complicated from the ground up.

Staffing their brave new white nationalist alt-right kleptocracy with Heritage Foundation résumés is a sign that Donald Trump and his adviser Steve Bannon may be making the same mistake.