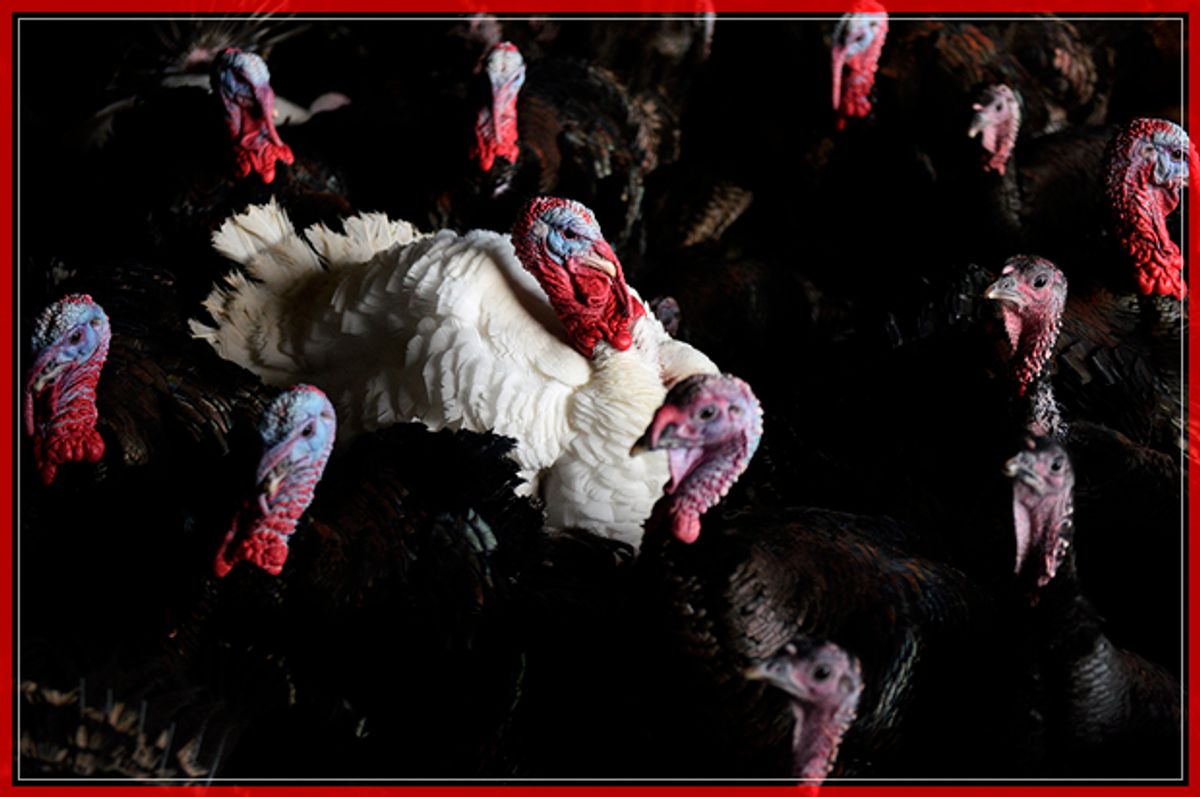 Rockville, Maryland   Gary Cameron/Reuters
A frozen turkey engulfed in flames after it is dropped in a hot deep fryer Granted, I have never eaten deep-fried turkey–I hear it's delicious. But is it really so delicious that it's worth the very real risk of a gigantic flaming turkeymageddon? If I ever see it on a restaurant menu, I'll be sure to order it. This majestic white turkey must be so pissed he's sharing the same breathing room with the rest of these boring, ordinary bronze turkeys. Unfortuntaley for him, he doesnt realize all turkeys taste the same with potatoes and gravy. For six months, I lived terrorized by a Turkey. It would jump on me on my way to class. Sometimes, it would follow me around at a safe, prudent distance; other times, it would block the road and decide I had to take another route."It's just a turkey," you might be tempted to say. Well, no. Listen to this This American Life episode and next time you see a turkey standing all puffed up in front of you, remember, "It's just a turkey."

Cairo, Egypt   Mohamed El-Shahed/Getty
A yellow budgerigar sits in an enclosure at the Giza Zoo Meanwhile, at the Giza Zoo in Egypt, the wisest budgerigar suddenly turned around, wide eyed, and began to speak. "I felt a disturbance in the Force," she chirped, "as if millions of gobbles sounded out and were suddenly silenced. And then I felt very glad to be a parakeet on this day. I don't know why, exactly, I just do. Now hand me some millet."