Thanksgiving alone isn't something you have to survive, just enjoy

Spending holidays together in a town named for your family isn't better than going it alone in NYC, just different 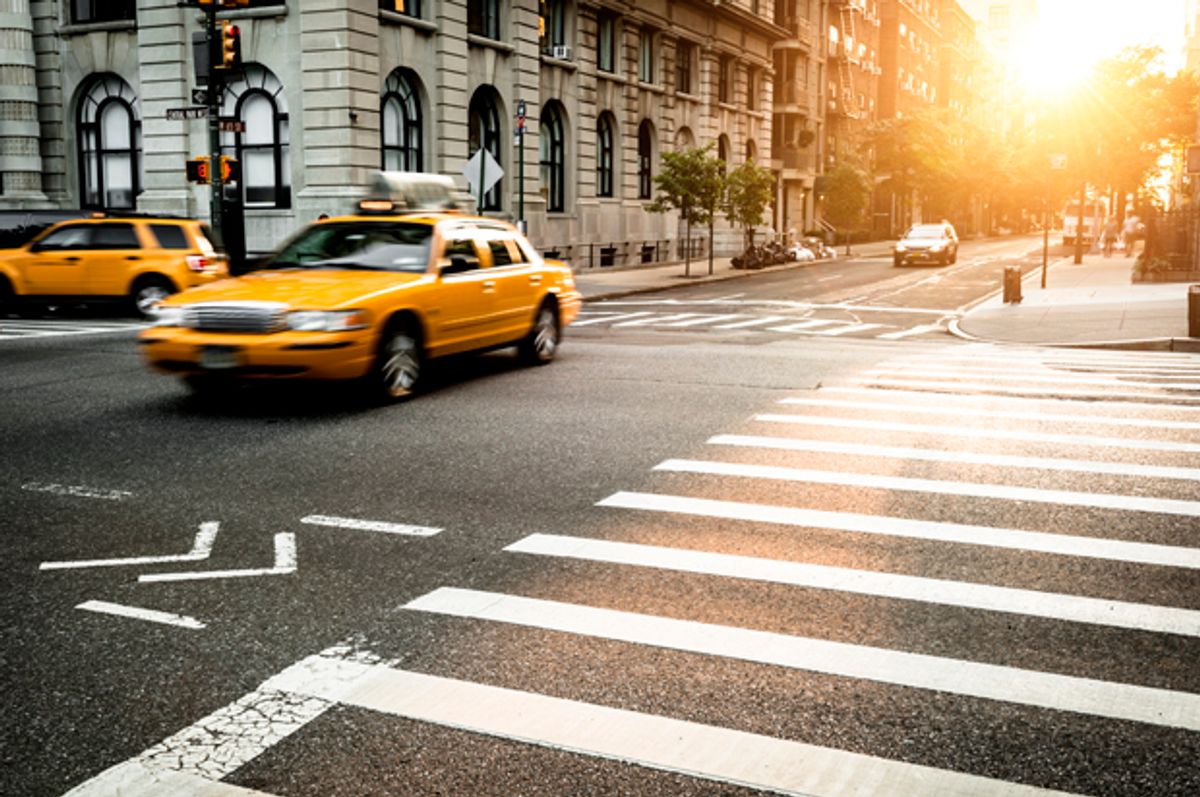 When my father was a boy in rural Utah, he and his 59 cousins would gather along with his aunts and uncles and who knows who else at his grandmother’s house for Thanksgiving, 70, 80 people. When I was a boy, we moved to a remote logging town in Oregon and the number dropped precipitously — my parents, their seven children and a few strays, maybe a dozen all told.

I live in New York now and some Thanksgivings have strolled alone to the bodega on the corner, where I pet the loveless cat and say hi to Ali and ask after his wife and daughter, who just can’t make it out of Yemen. He makes me a chicken sandwich — so much better than turkey — and I wander the streets a while. The city is so still and quiet you can imagine you’re almost anywhere, home even.

After living the first 20 years of my life in that little nowhere town, I’ve spent the last 20 in the three biggest cities in the U.S., until recently at least 1,00o miles from any member of my family. Every few years I’d make it home to the house I grew up in, and where my parents still live, but usually not. And since I have no wife or children, and as often as not have had no partner, Thanksgiving and the other holidays have come to feel like they’re supposed to be a little lonely, like that’s the point.

Each November the internet refills its stock of stories about how to get through Thanksgiving, the holidays alone, but if you’re doing it for the first time, I’m here to tell you, you don’t need a guide, and there’s nothing to fear. It’s neither difficult nor particularly depressing. A holiday to yourself can be a gift of tranquility you use to stroll the empty streets or sit in your chair and contemplate the coming of winter, your place in the universe, your eventual passing into memory and, unless you’re Jesus or Joan of Arc or Shakespeare or somebody, you're passing out of that, too.

Even those names will fade eventually, of course, presuming we humans manage somehow not to wipe ourselves out first. Marduk was the head of the Babylonian pantheon just a century and a half before Christ, and who remembers him?

When I lived in Los Angeles I went for a drive one Thanksgiving, over the mountains and into the desert, just drove and drove, all day and into the night, and when I lived in Chicago I woke in the early afternoon and drank enough to pass out again in the early evening and don’t remember a single other thing about that Thanksgiving Day. So there are two ideas for you, right there.

My extended family still gathers within a few miles of the house where my father spent his boyhood Thanksgivings, in Slaterville, Utah, named for my great-great-great-grandfather. But my mother and father, like more and more people as America grew wealthy and travel became simpler in the second half of the 20th century, left their ancestral homes to seek their fortune, then their children did the same.

I now live almost as far from one of my brothers as you can get in the continental United States. Which is still closer than my friends whose families live in Hyderabad or Paris or Osaka.

I sometimes catch myself viewing my early life through a gossamer of nostalgia, but it’s true that it was very different from my life today — to the point that my 1970s sometimes seems like America’s 1950s or even earlier. We fell pine and fir trees and split the logs each autumn to feed the wood stove that was the only source of heat in our house, and in high school I went to church six days a week, an hour each weekday before class, and twice on Sunday, morning and afternoon. Half the time I was there on Saturday, too, for one reason or another.

Since we came from rural, conservative Utah towns, my family history has perhaps always appeared quaint and foreign when viewed from certain vantage points, say Harlem, the neighborhood I live in now. When my parents married, in the early 1960s, my father took his new bride to that same crowded house for Thanksgiving, and the day played out as it had for decades, the men and boys hunting rabbits and slaughtering the turkeys and chickens, and the women and girls doing the cooking. Then somebody would shout a blessing over the food loud enough for everyone to hear and you got yourself a plate, my mother recalls, and stood shivering on the porch, elbow to elbow with your new in-laws.

By the time I was a boy, we ate store-bought turkey, though one of us kids sometimes also shot a pheasant, and much of the rest of our dinner came from the garden like a small farm we kept out back. Not my mother’s cranberry Jell-O salad, of course — grated apples, orange slices, walnuts. Mormons are famous for their groundbreaking work in Jell-O.

My brothers and sisters and I hated that garden. All the watering and weeding and what did you get but a bunch of peas and green beans, carrots and radishes, corn, raspberries, onions, cucumbers, squash, strawberries, garlic, pumpkins, one of which became the Thanksgiving pie. We just wanted a McDonald's in our town.

This past year I tried to grow some basil on my windowsill, but between the fire escape, the security bars and the grime on the glass, there just wasn’t enough sunlight. No big deal. I’m sure they use fresh herbs at the restaurant downtown that charges $245 for Thanksgiving dinner. They don’t offer reservations for one, though.

If all my family were here, my parents, my siblings, their spouses and partners and children, I could take them all to this place for around $7,000, a little more if you count the children of girlfriends, children of ex-husbands, that sort of thing. That wouldn’t include the wine, which would be fine. All their children took less religious, less abstemious paths, but my parents still drink nothing stronger than grape juice, which each autumn they squeeze and can themselves, along with raspberry jam, peaches, pears, a dozen other things.

I don’t remember the last time we were all together for Thanksgiving but my father emailed me a picture of some of their jars of grape juice this fall, and I posted it to Instagram. People seemed to like it.

If Americans are famous for their transience, fewer actually uproot themselves each year than did when my folks left Utah, about 12 percent in recent years, down from a high of 20 percent during the 1960s — mostly because America is aging and more families have two income-earners, meaning both would have to find new jobs. Among those who have moved at least once in their lives, fully 38 percent say the place they live now isn’t really where their heart is. It isn’t home. Home is usually where they grew up, according to a 2008 study by the Pew Research Center, or where they lived the longest.

It was quite by accident that I wound up in New York some years ago, and accident or fate or some such thing that brought my sister to a little town in New Jersey, just 50 miles away. She and her twin, who lives in Florida, were just 7- or 8-years-old when I left home, so I knew her mostly as a child, but we’ve grown close way out here by ourselves in the East, adults very different from one another and more than a little alike. I became a writer and she became, for a time, a chef, and her husband cooks nearly as well as she does, so you can guess whose place we’re gathering at this Thanksgiving.

I have no regrets about the many holidays I’ve spent alone. They really can be a time to meditate or drive through the desert or sleep without dreaming — anything you want, really. It’s not going to hurt you and might even do you some good. But it’s possible, I think, to grow too comfortable in your solitude, your head, a place without enough sunlight to grow basil.

So I’m going to see my sister and brother-in-law and their 3-year-old daughter, who thinks I am the greatest uncle in the history of the world. She’s impossibly cute and ridiculously smart and might very likely come to a different conclusion if any of her other uncles, not to mention her aunt, lived nearby. But they don’t; they are very far away. So too bad for them.