Obama's Justice Department was "smart on crime." Trump's will likely be "tough on crime" 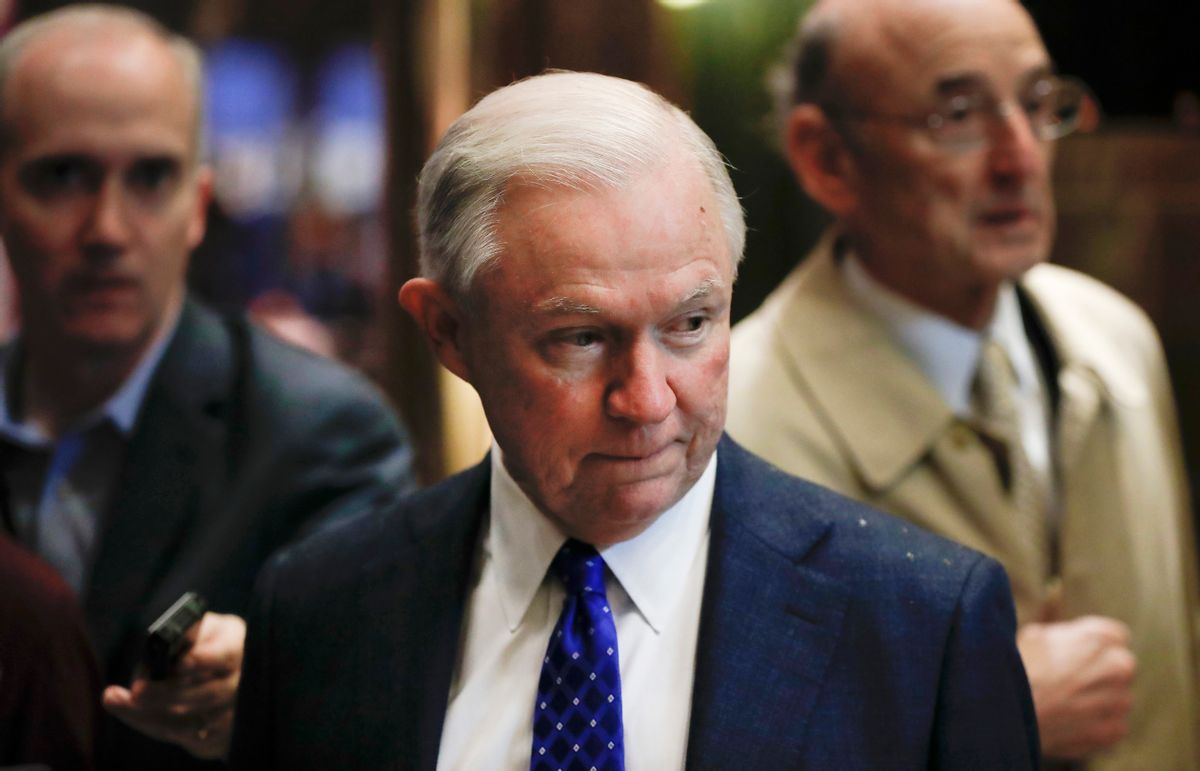 FILE - In this Nov. 15, 2016 file photo, Sen. Jeff Sessions, R-Ala., arrives at Trump Tower in New York. As one of President-elect Donald Trump’s closest and most consistent allies, Sessions is a likely pick for a top post in his administration. But the last time Sessions faced Senate confirmation it didn’t go well. (AP Photo/Carolyn Kaster, File) (AP)
--

WASHINGTON — An Obama administration Justice Department that emphasized the need to be "smart on crime" is being replaced with a Trump presidency that campaigned on being "tough on crime."

The difference between those two philosophies remains to be seen, but one area where the divide is likely to be felt most acutely is in the thousands of drug cases the Justice Department prosecutes annually.

If confirmed as attorney general, Sen. Jeff Sessions, an Alabama Republican and former prosecutor, would inherit a Justice Department that's pursued dramatic changes in the treatment of nonviolent drug criminals. Department leaders, most prominently former Attorney General Eric Holder, have directed prosecutors to limit their use of mandatory minimum punishments, sought to roll back a sentencing structure they see as overly harsh and encouraged the early release of hundreds of inmates.

Sessions is expected to bring a different perspective, given President-elect Donald Trump's campaign warnings that crime in America is "out of control" and his posturing as a law-and-order candidate. Since Sessions opposed legislation this year to revamp the criminal justice system, his selection as attorney general also represents a probable setback for broader overhaul efforts that have stalled in Congress even with the support of the Justice Department.

"I think it slows down reform efforts a little bit nationally," said Inimai Chettiar, justice program director at the Brennan Center for Justice at New York University School of Law. "Even though the president doesn't necessarily have the power to change all of the state and local laws, having a national champion was really important."

The Justice Department's drug policy is important given the sheer volume of defendants moved through the federal system. Nearly half the Bureau of Prisons population is behind bars for drug offenses, which in fiscal year 2015 was the most common type of federal crime, with 22,631 cases, according to the U.S. Sentencing Commission.

There's been bipartisan support in recent years for proposals aimed at cutting the prison population, but little agreement on how to do it.

The Obama administration, which three years ago unveiled a new clemency initiative, has commuted the sentence of 1,023 federal prisoners, including 79 on Tuesday — a total the White House says is more than the last 11 presidents combined. That effort, which relies on the Justice Department for recommendations of good clemency candidates, could fall by the wayside in a new administration.

Under Holder, the Justice Department in 2013 began a policy initiative known as "Smart on Crime" that directed prosecutors to avoid seeking mandatory minimum prison terms — punishments that limit a judge's discretion and are typically dictated by the quantity of drugs involved in a crime — for low-level, nonviolent offenders.

Justice Department officials say prosecutors appear to be following the directive: The number of federal drug prosecutions dropped in the last year. The cases that were pursued involved more serious crimes, and officials said fewer than half of all drug cases in fiscal year 2015 involved charges with a mandatory minimum sentence.

As attorney general, Sessions would be in a position to undo the "Smart on Crime" memo and replace it with a new one encouraging harsher charging decisions for drug offenders.

But as a senator, Sessions has sometimes expressed support for a more flexible criminal justice system, including telling former Attorney General Alberto Gonzales at his 2005 confirmation hearing that the drug sentencing guidelines that inform judges' decisions were "tougher than we need them to be."

In 2010, Sessions co-sponsored the Fair Sentencing Act, which increased the quantity of crack cocaine needed to trigger a mandatory minimum punishment and aimed to reduce the disparate penalties for crack and powder cocaine. And Trump's running mate, Indiana Gov. Mike Pence, said at the vice presidential debate that "we need criminal justice reform."

At other moments, though, Sessions has struck a different tone.

During hearings this year, he's said "good people don't smoke marijuana" and also criticized as risky Justice Department policies that he said raise too high the standard to prosecute cases.

Though fiscally minded Republicans have endorsed criminal justice changes, Sessions was among a group of GOP lawmakers this year who opposed legislation that would have allowed judges to reduce prison time for some drug offenders. He warned that the bill would release thousands of violent felons and endanger lives, at a time when crime in some large cities was rising.

That hard-line stance makes some advocates pessimistic about the prospect for a system overhaul under a Sessions administration.

"It was pretty modest reform, and you would have thought that it was a jailbreak the way he talked about that bill," said Kevin Ring, vice president of Families Against Mandatory Minimums. "That was pretty bland, and he was so opposed to it."