A wing and a prayer: How faith in free-range organic turkeys saved a family-run farm

Amid challenging times in poultry farming, farmers raising free-range organic turkeys have a lot to be thankful for 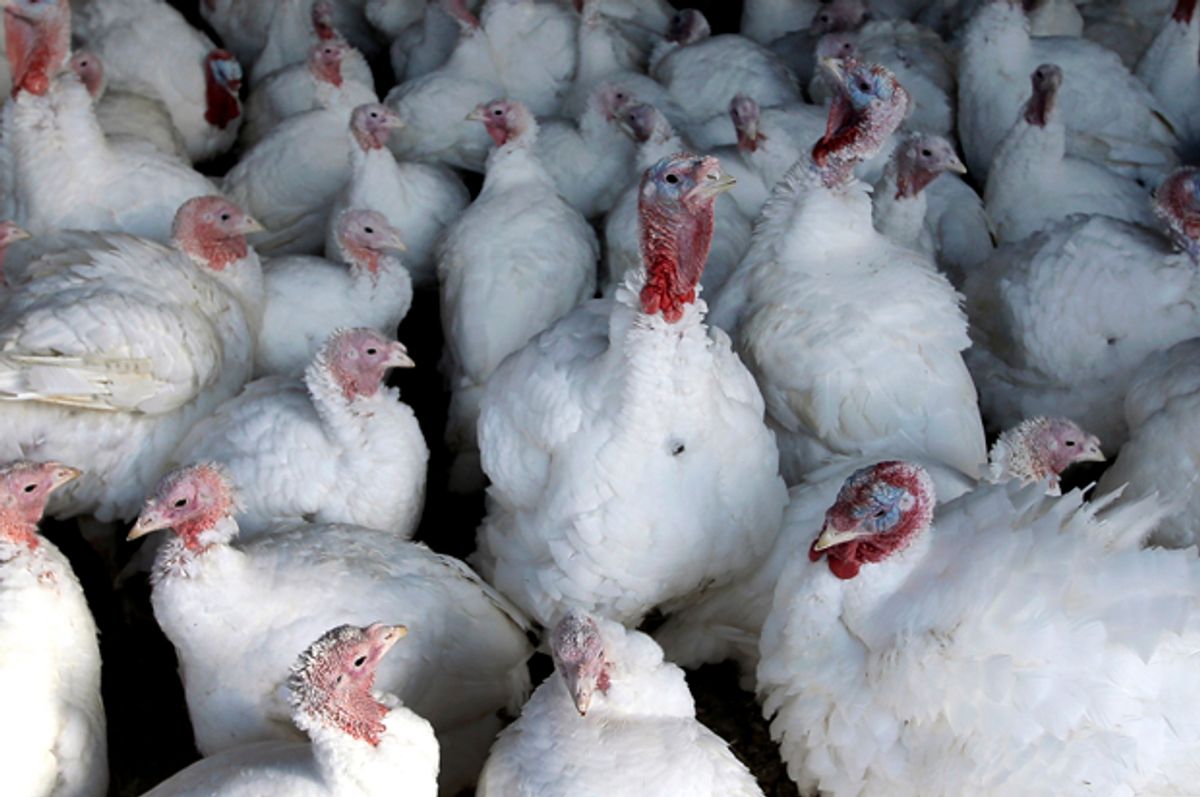 Mary Pitman has been frantic in recent weeks. The namesake of Mary’s Free Range line of turkeys, chickens, ducks and Cornish game hens has just completed her busiest week of the year, delivering Thanksgiving birds to retail outlets across the country. The Pitman family has about 200,000 free-range turkeys this year and demand for their specialty birds is growing fast.

“Organic anything is one of the fasted growing industries,” Pitman told Salon. “Every year we have to double our production of organic turkeys.”

This has been quite the turnaround for the Pitmans. After growing turkeys in California’s San Joaquin Valley for three generations, the family farm, run by Mary and her husband Rick, was in dire straits by the late ’90s. Faced with intense competition from industrial-scale poultry operations like Tyson and Perdue, the Pitmans could no longer depend on that vital Thanksgiving-to-Christmas high season to carry them through the leaner parts of the year.

Then, while studying agribusiness at Cal PolySan Luis Obispo, Mary and Rick’s son David came up with a bold plan to keep the family farm alive. His plan involved producing other types of birds (especially chickens) that could be sold year-round, cutting supply ties to large processors, setting up their own processing plant and selling the birds under their own label. The birds would be raised on locally sourced non-GMO feed, keeping other farmers in the area in business, and some of the birds (75,000 of them this year) would be raised organically to cash in on increasing demand for the pricier meat. The family decided to try David’s business plan, and by 2003 the Pitmans completed the construction of a Home Depot-sized poultry processing facility, which is now one of the few left in the state.

Later, the Pitmans introduced heirloom Narragansett turkeys, descendants of the original small-breasted, big thighed colonial-era turkey favored by foodies and chefs, adding another specialty item to their mix. This year, the Pitmans sold a record 7,000 heirloom turkeys, up from about 5,000 last year.

“That turkey, I’m telling you, people start asking us in January how they can make sure they get one,” Mary said.

The decision to radically transform the family farm couldn’t have come at a better time.

Although turkey meat remains popular in the form of cold cuts, smoked legs, turkey bacon and sausages, demand for whole turkeys is waning. The average American consumed 16 pounds of ready-to-cook turkey in 2015, down from nearly 18 pounds two decades earlier. Two pounds might not sound like much, but it amounts to 48 million fewer whole frozen turkeys between 1995 and 2015, according to the National Turkey Federation.

However, demand for organically farmed products is growing. It started taking off right about the time the Pitmans were considering shutting down the farm, and last year, sales of organic poultry jumped more than 9 percent, to $494 million, according to the Organic Trade Association. While this represents only a small part of the $48 billion poultry industry, it's plenty big for a family farming operation like Mary’s to carve out a niche. They and other small farmers are the beneficiaries of heightened consumer awareness of issues like excessive use of antibiotics and pesticides and fertilizers, the unpleasant realities of factory-scale animal harvesting, and a growing embrace of higher (and higher priced) quality foods.

At the time, it was a risky bet to focus on free-range non-GMO organic specialty farming and the consumers who will pay more for better farming practices, but it saved Mary’s farm. That isn't to say it's been easy. Farming never is.

“It’s just been kind of a miracle that we survived, because you have to realize these other big companies have billions of dollars; we don’t,” Mary said. “It’s a miracle that we’re still going. And we are very grateful for keeping ourselves and other farmers in the San Joaquin Valley in business.”